My oh my is this how you put a beatdown on the dancing routine. I’m sick of seeing all the new hot moves in the street – mostly, because I have no idea how to do them and I lose track of their names. I’m old. I blogged about how I had pipes burst last night.

But, this? My man is just getting back to basics. He starts with the timeless classic. Hands on his hips, thinking we’re going to see a little Macarena action. Nope. He goes shimmy with his ass and hips flying all over the place. 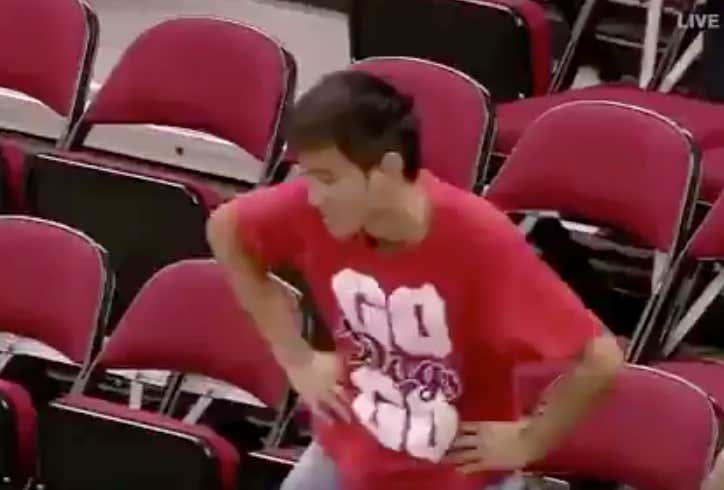 His hips do not lie. That’s a fact. Then he draws the attention of the packed house behind him as he looks back and likely takes a request from the screaming crowd. And then it happens. He goes full on Chris Farley in Tommy Boy. I mean look at the similarities! 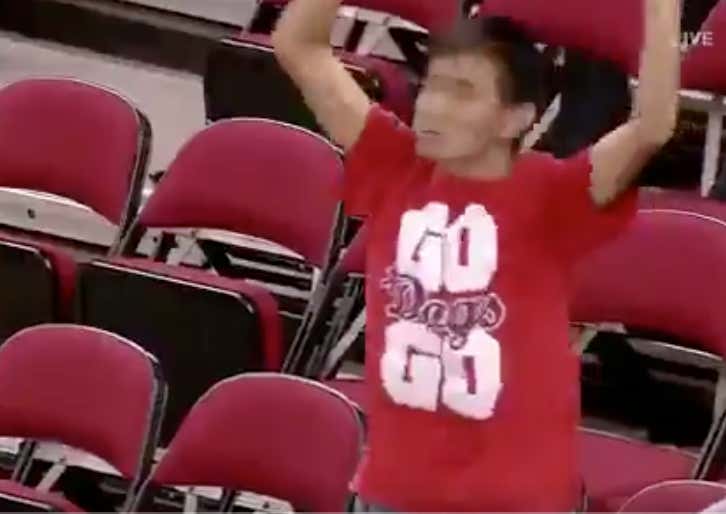 Hands in the air like he just don’t care. I’m not even going to address the rest of the clip. Sure, we can get into the group of 4 breaking it down. We can get into the removal of the jacket and dancing their asses off, but it doesn’t matter. We found America’s sweetheart.

It’s this guy. The first one who danced his ass right into America’s hearts. The best part was if you weren’t watching the game you would have thought that Fresno was up on San Diego State. Nope, they were down 15 when this happened.

Dancing stops for no one.