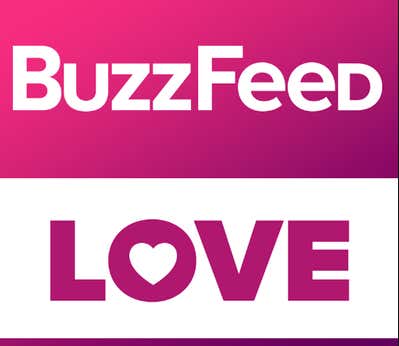 It’s February, the month of love.  Pretty sure Valentine’s Day is this month, the Bachelor is in full swing where two young whippersnappers will fall for each other’s hearts, and people are shut in their houses, avoiding the 8″ of snow outside, not having sex but – you guessed it – making love.

Now look, I’m 30 years old.  Society tells me I should stop acting like the 22 year old I masquerade around town as and should instead be settling down with a soul mate until death do us part.  That I should have a wife and kid’s and subject myself to the man made prison that is marriage.  And I’m starting to agree.

Now I can’t predict the future.  I couldn’t tell you if I’ll fall in love this year, if I’ll find the “one” or not.

But you know who can?  That’s right, Buzzfeed.  So I took their “We Know If You’ll Find Love This Year Based On Your Favorite Songs” quiz, and you’ll never believe the results! 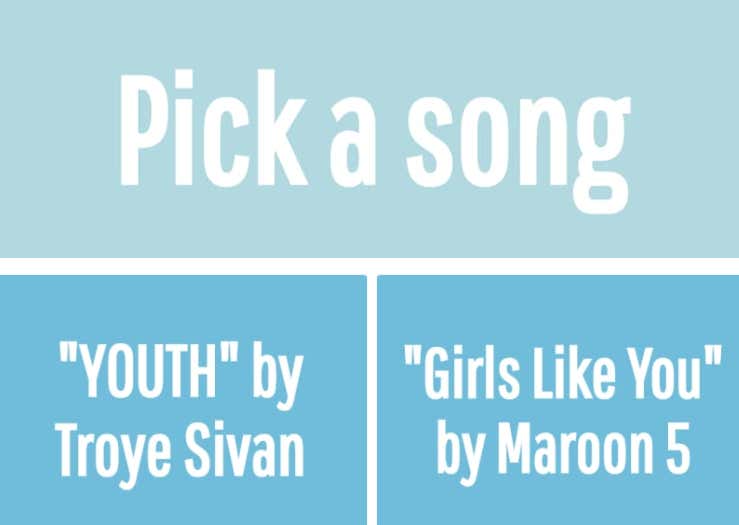 I don’t know either of these songs.  Maroon 5 wins by default because Songs About Jane is a fucking great album and it’s about marriage so this song wins by default. 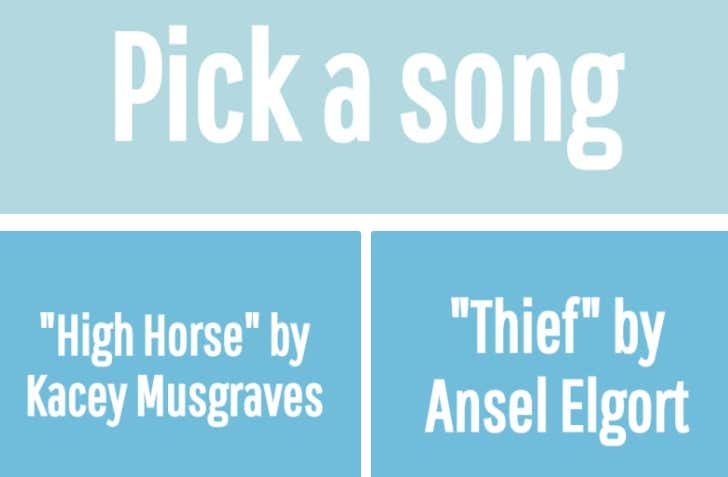 Again, I don’t know either song.  I’ve heard of Kacey Musgraves and she sounds like a smoke show so that’s my pick (is she a girl?) Don’t @ me 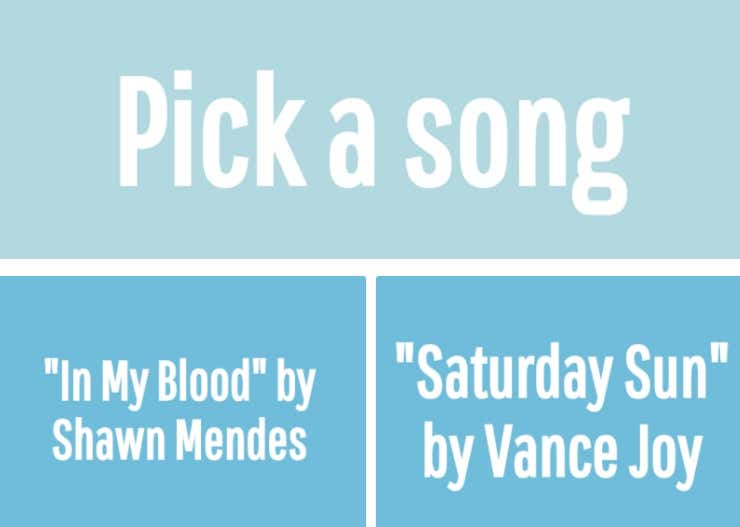 Well I’ll be goddamned.  I’ve never heard of either one of these songs.  Option A.  Always pick option A on a scantron test if you don’t know the answer.  It’s a full proof plan and the reason I got a 36 ACT and attended Northwestern University 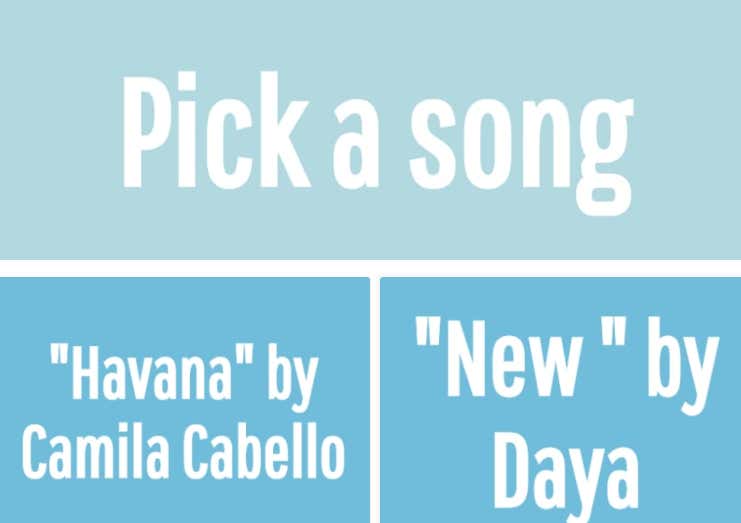 The fuck kinda song is called Havana?  It sounds like a song that the Chicago White Sox would blast on repeat during a rain delay.  Daya, I don’t know who you are and I’m sure your song completely sucks, but you get my pick because I hate Latin American music. It all sounds the exact same.  English mothafuckas do you speak it!!! 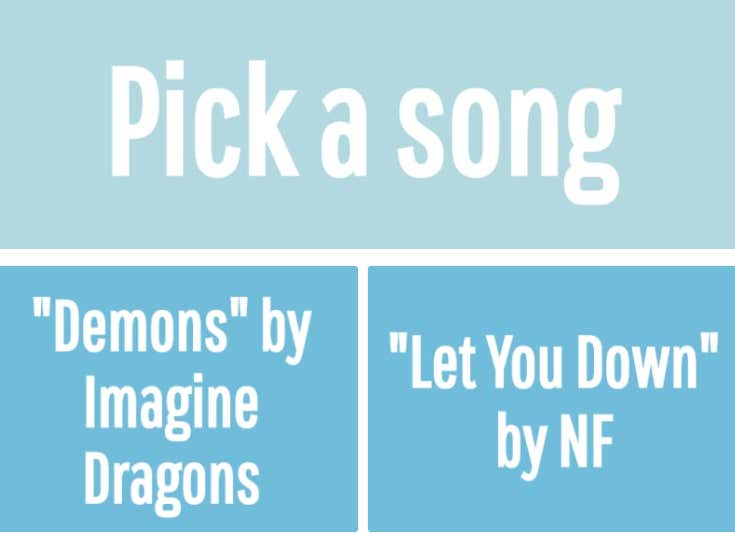 People bitch a lot about Imagine Dragons and kids these days (I’m 30 remember) listen to awful, brutal music, so I’m sure they’re actually okay.  They get my pick.  Fuck you, NF, whoever you are! 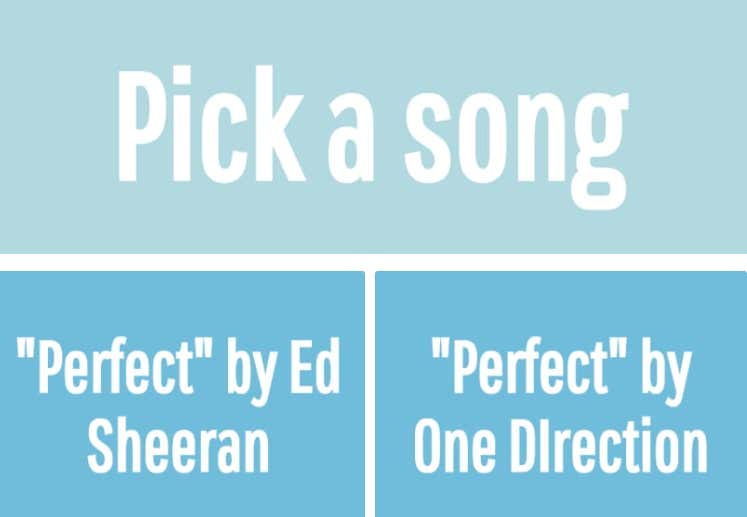 Ed Sheeran is the biggest asshole on planet earth.  I’m sure he gets mad ass and it’s not fair.  He’s the UGLIEST DUDE EVER.  A ginger soulless mutated freak of nature. I don’t care if Perfect is a decent song or Thinking Out Loud slays (it does), Ed Sheeran can go fuck himself.  One D – I don’t know if I like your song or not, in fact I’m sure it sucks because it’s not Zeppelin, Dire Straits or Sublime, but you get my pick.  Again, by default. 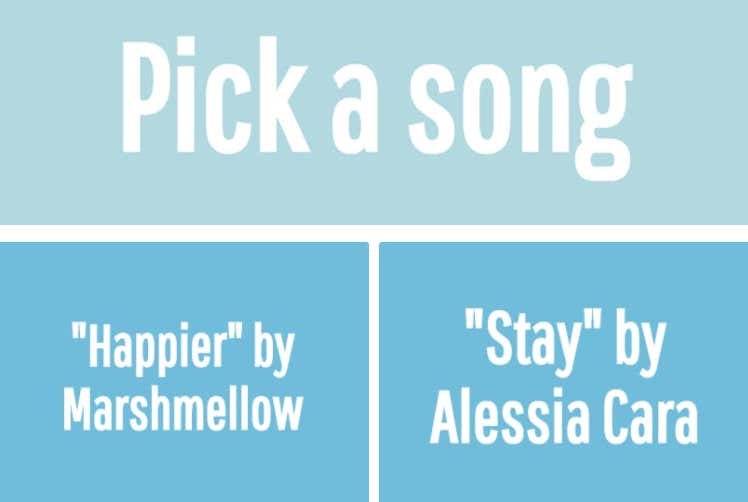 Never heard of either of these songs.  Marshmellows are disgusting though so I guess I’ll go with B. 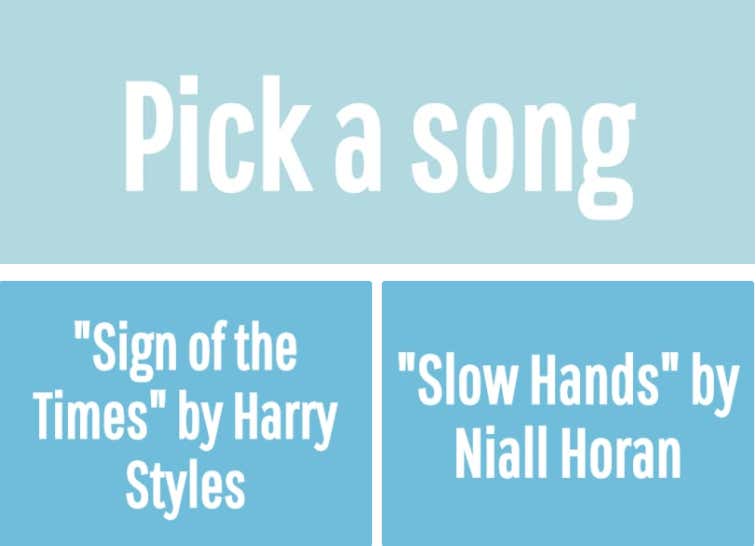 You know who doesn’t have slow hands?  Me.  I throw 91MPH.  You think this millennial dickhead named “Niall” is getting my vote?  Aw hell to the naw.  Harry Styles, you have a nice Irish name, so you get my vote.

And the results are in….. 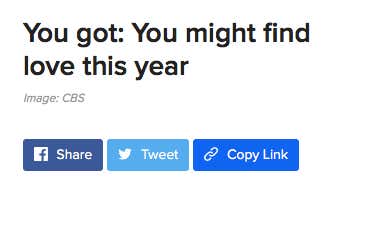 I’ll take this as a no.  Better luck next year I guess.  Story of literally every facet of my life