The University of Illinois has a famous statute at the entrance of the quad called the Alma Mater. It’s a pretty big deal if you were smart enough to graduate from there like me. 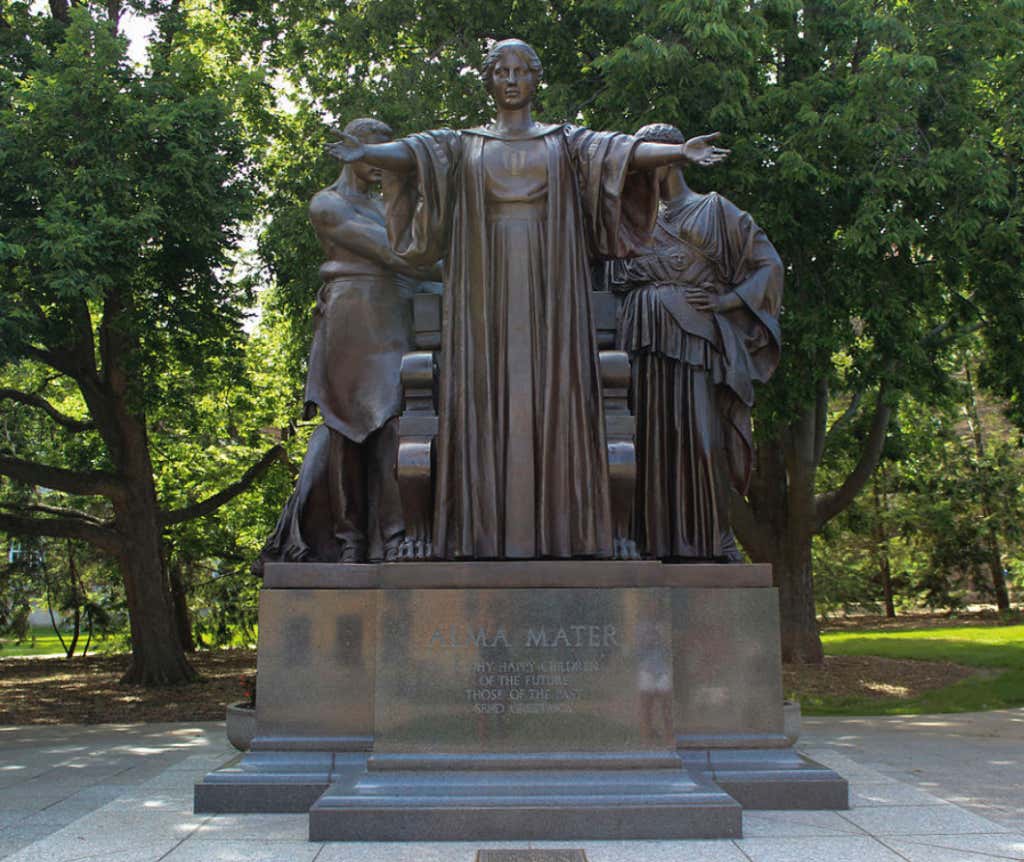 At the base, there’s an inscription that reads:

ALMA MATER – To thy happy children of the future, those of the past send greetings

I bring this up because the Alma Mater serves to connect past, present and future generations. It’s practically morphed into the official symbol of the University. It’s the main picture on twitter, plastered all over the website, the place everyone goes for pictures at graduation blah blah blah.  The mere presence should bring you a sense of community as you shuffle from one meaningless Liberal Arts & Sciences class to the next. 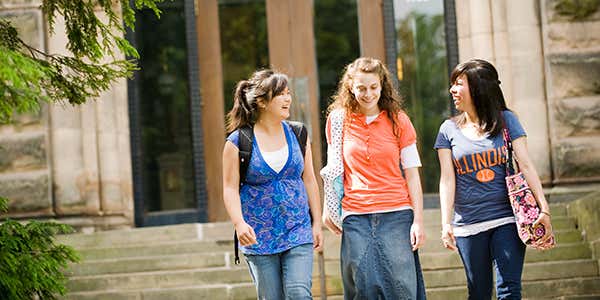 I’m going to use my education to make a difference

Here’s the problem though. If those of the past really wanted to send greetings then they’d send you to KAM’S. 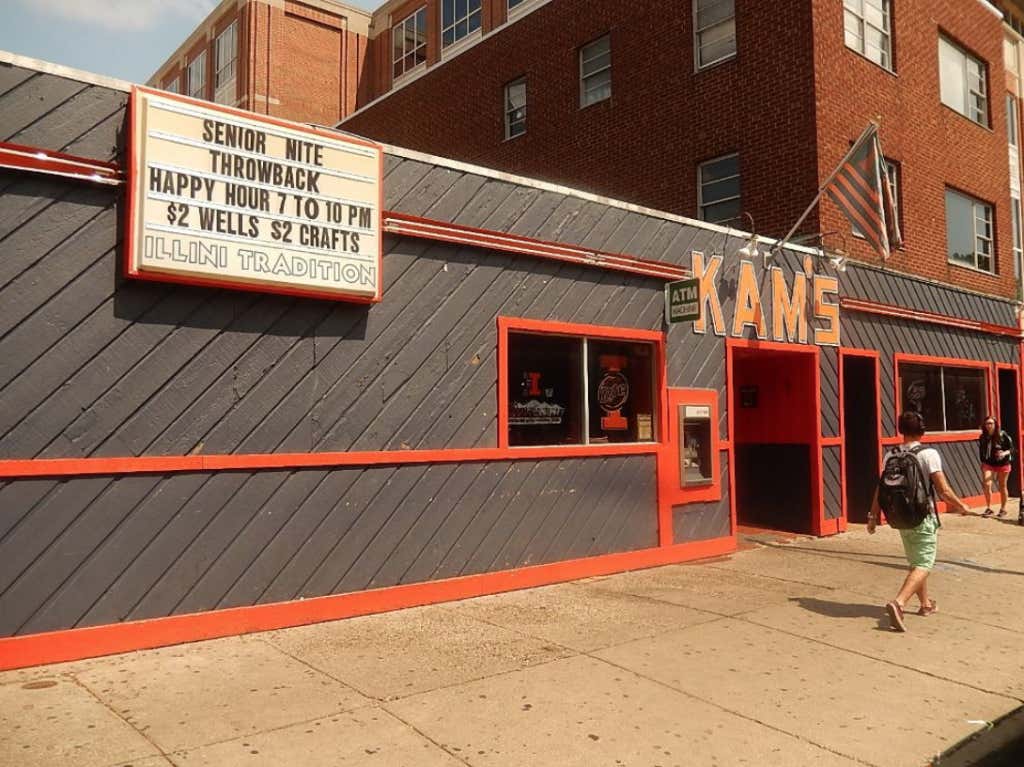 You wouldn’t be climbing up a 13 foot bronze statute trying to capture a picture that no one really cares about. 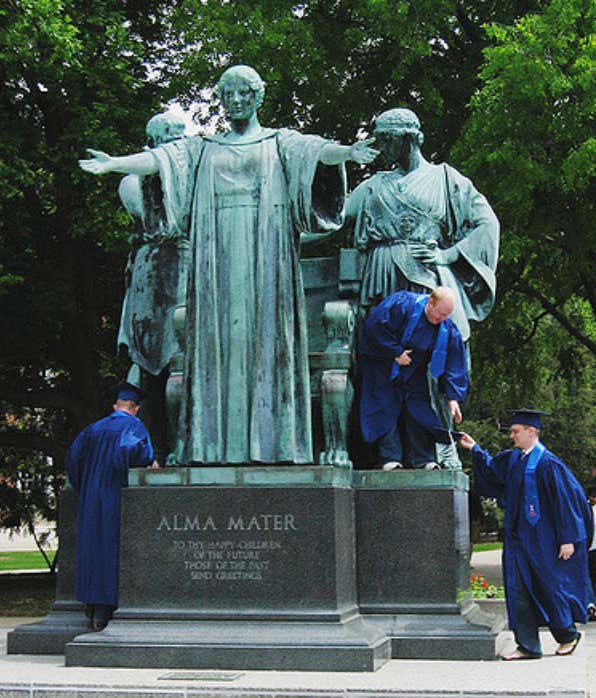 Warning: must be adult virgin to take pictures

Instead they would send you into KAMS to enjoy your buddy DJ’ing off his spotify account onto 20,000 blaring watts of sound. You’d get to wade through ankle deep “water” while taking a piss. Use the same ID to get at least 6 guys in from the dorm. A place where you could drink for free just for knowing the bartender’s name. 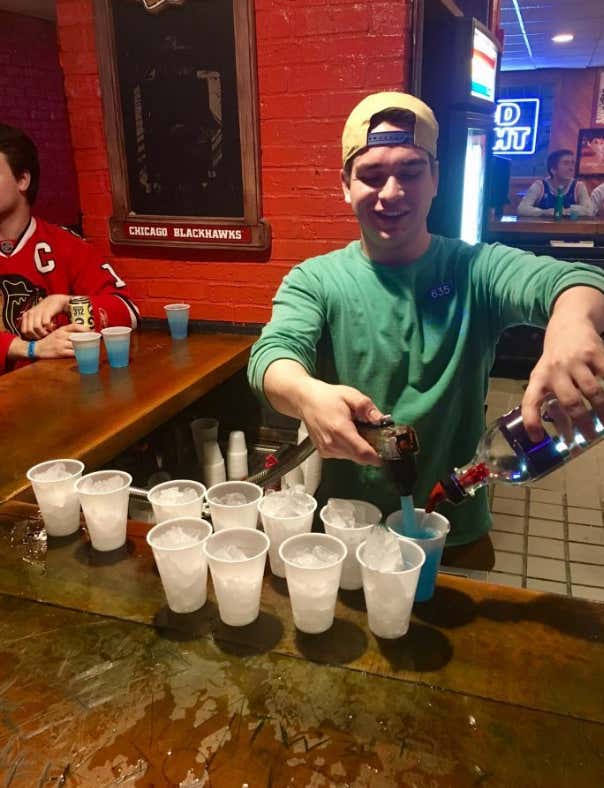 It’s a place where literally everyone everywhere has blacked out at least once but even more remarkable is that you haven’t stopped smelling KAM’S since you clicked on this blog. That smell will follow you to the depths of hell and back. The University of Illinois has been on the forefront of some amazing shit: the internet, YouTube, Crouching Tiger Hidden Dragon. And yet still it may best be remembered for the smell at KAMS.

Anyways big big news is that KAM’S sold back in August to make way for new apartments. Everyone was freaking out and rightfully so. Like one of Voldemort’s horcruxes, KAMS is a part of your soul and it’s destruction will only make you weaker. That’s the bad news.

The good news? KAMS is coming back to campus relocating from current position to 1st & Green, which would replace an extremely disgusting Domino’s. 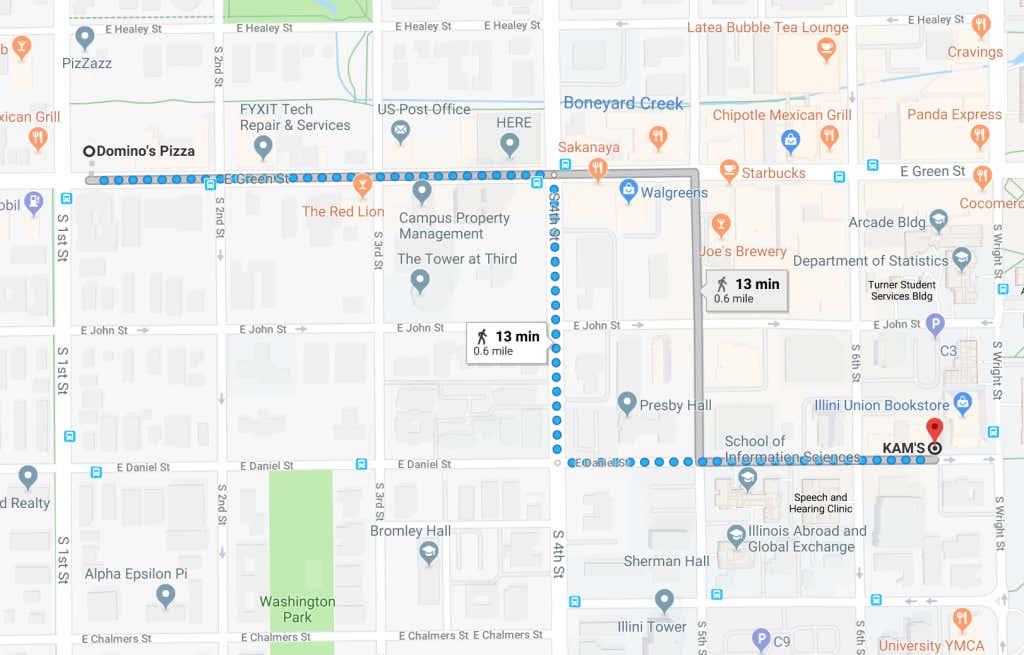 Significantly less convenient location but at the same time much easier for seniors to fill the place up on the weekends because it’s literally right at the heart of all the senior houses. Like pregaming til midnight and rolling into a bar with 25 guys never looked so easy with the new location.

Here are the designs: 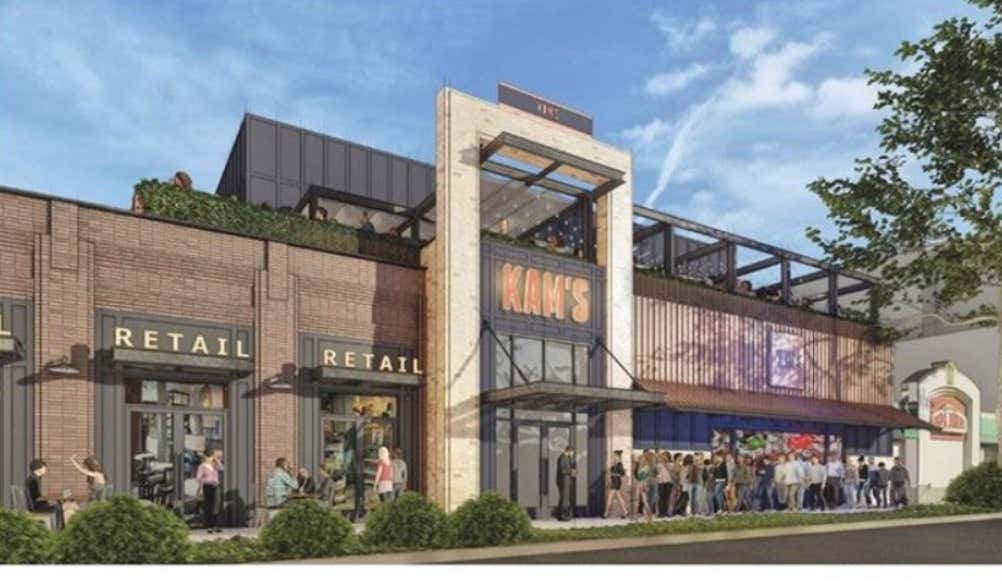 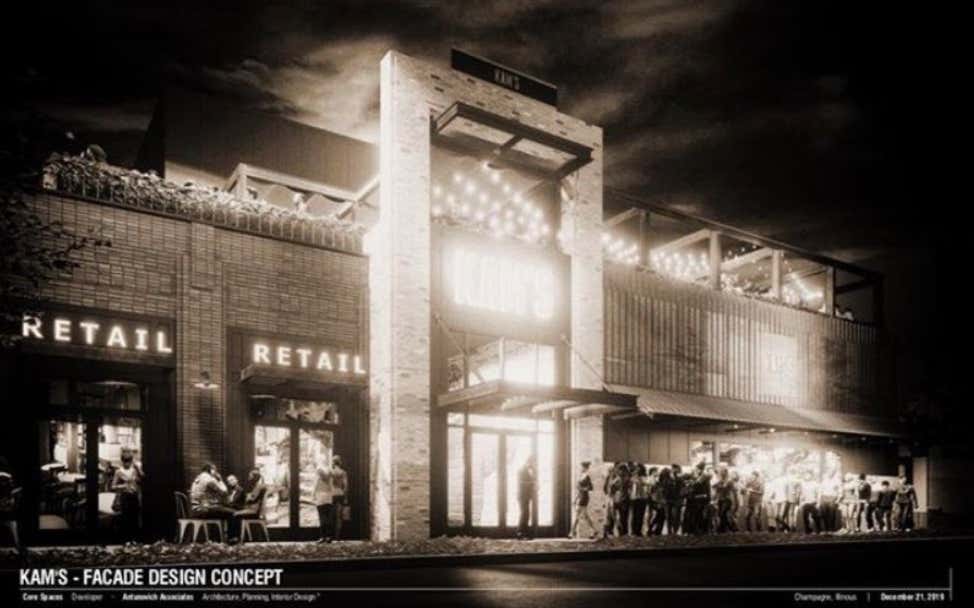 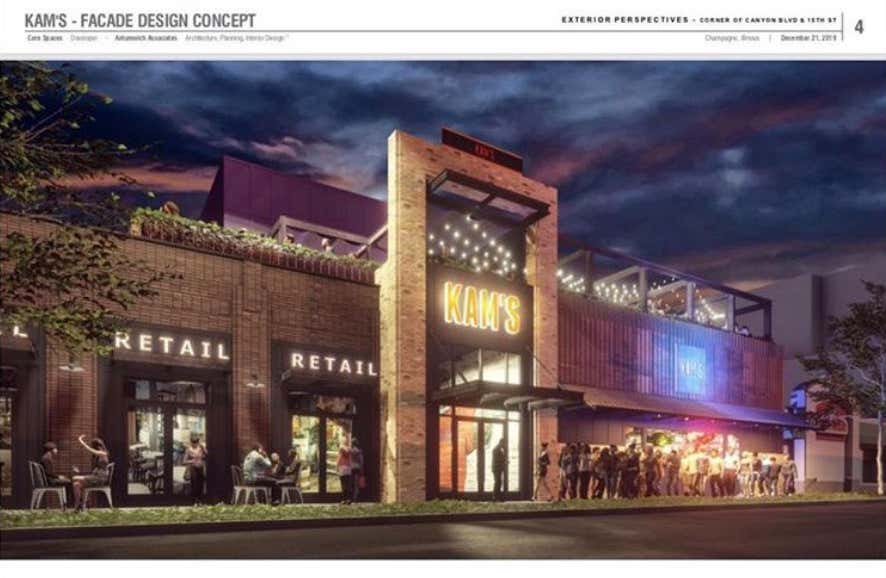 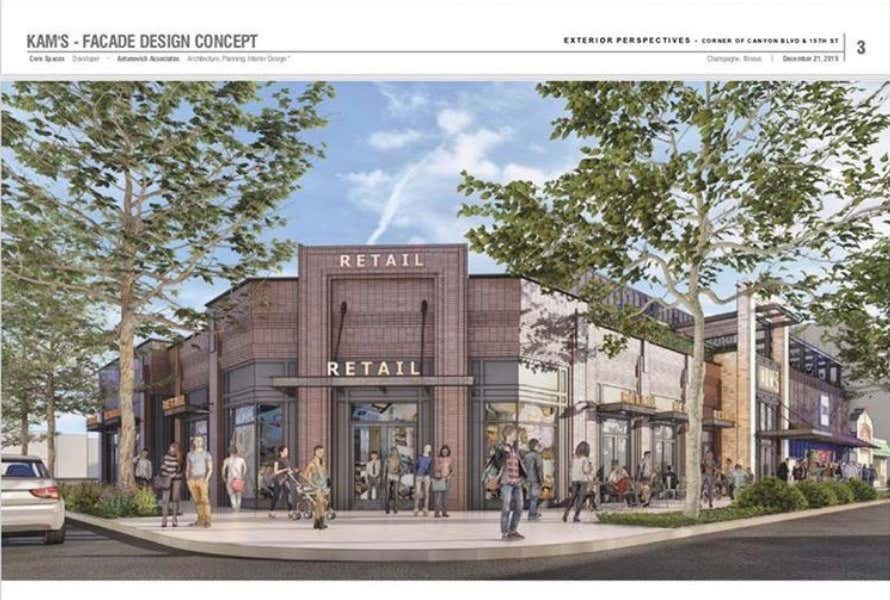 Personally I’m old enough to love this, but can understand if college kids are pissed because it’s whatever they want to complain about. Idk. I graduated 10 years ago.

In reality, the bar scene in Champaign isn’t exactly world class. Yes it’s rowdy and dangerous and cheap and everything you want in a college bar atmosphere. But simple stuff like working bathrooms and a decent kitchen are virtually non existent. Just a bunch of dimly lit rooms packed to the fucking gils with animals. 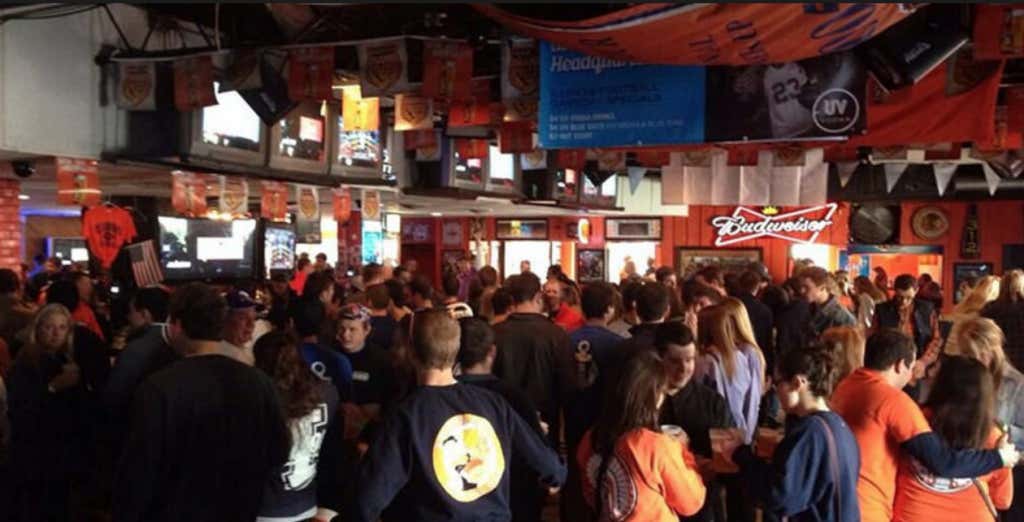 So if someone wants to make new KAMS happen then I’m on board and the rest of you are coming with me. Worst case scenario it sucks and you end up back at Red Lion doing frat stuff. Best case scenario we have a place to host all of our Barstool events when the football team is good lol. Either way, you just traded a filthy disgusting Domino’s for a brand new KAMS. In true Illini spirit we would call that a fair trade.