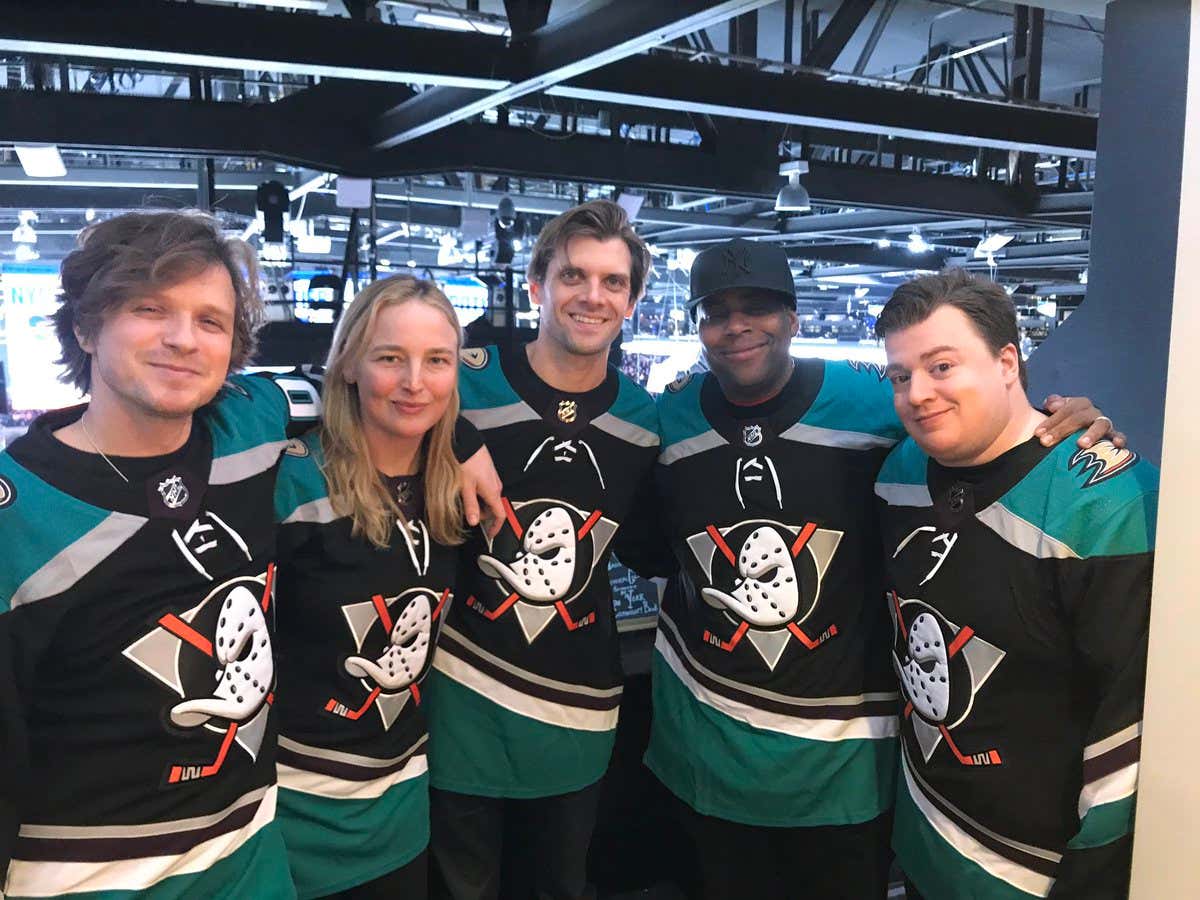 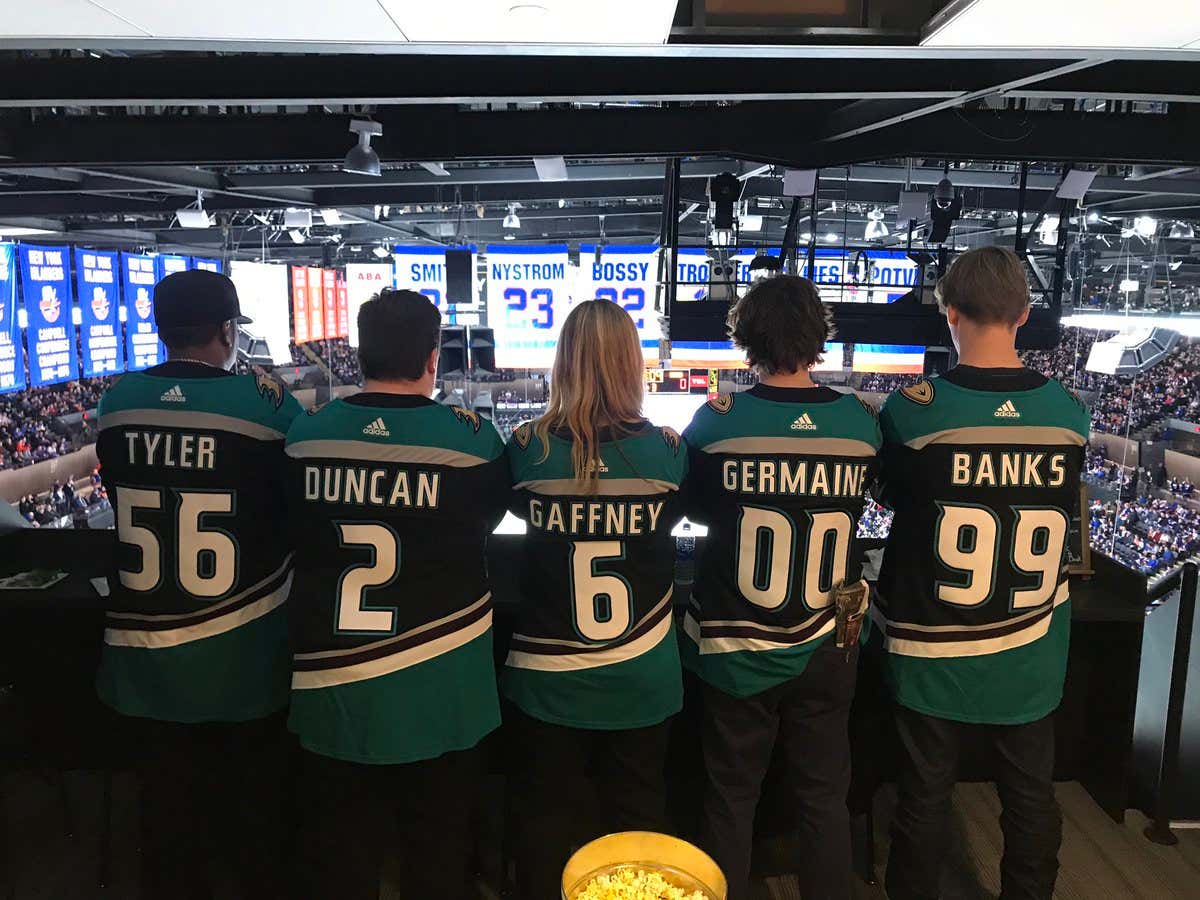 Alright so I swear I mean no disrespect here but it’s hilarious to me right now that Danny Tamberelli was able to weasel his way into this Ducks reunion. 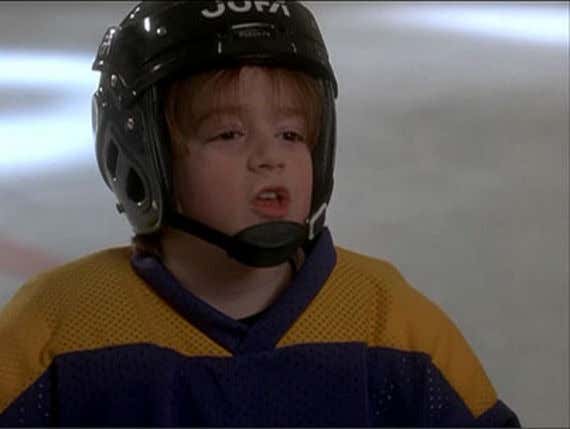 Out of all the Mighty Ducks characters, I feel like Tommy Duncan might be the one who people forget about the most. Pretty much anybody who was in D1 but didn’t make the cut for D2–Tammy and Tommy Duncan, Karp, Peter–gets forgotten about. But especially Tommy Duncan because he wasn’t even on the team originally. So to see Tommy Duncan out there with some legends like Adam Banks, Guy Germain, Julie The Cat, and Russ Tyler? Well good for Danny Tamberelli for being able to keep himself in the mix. Once a Duck, always a Duck.

Aside from that, this is exactly what the Anaheim Ducks need to be doing. They already brought back the shield logo for their alternates this season. Now they’re throwing little impromptu Mighty Ducks reunions at games? If the Anaheim Ducks want the hockey world to stop hating them so much, they’re doing all the right things at the moment. Granted, they’ve still lost 13 out of their last 15 games and got shutout last night against the Islanders. But at least people are going to start hating them a lot less if they keep this kind of shit going.

Now all they need to do is make sure that Goldberg gets the help that he desperately needs, get him to clean up his act a little, and then get the whole damn band back together to make D4: The Mighty Ducks. We’ve waited far too long for this. The world deserves another Ducks movie. Give it to me.