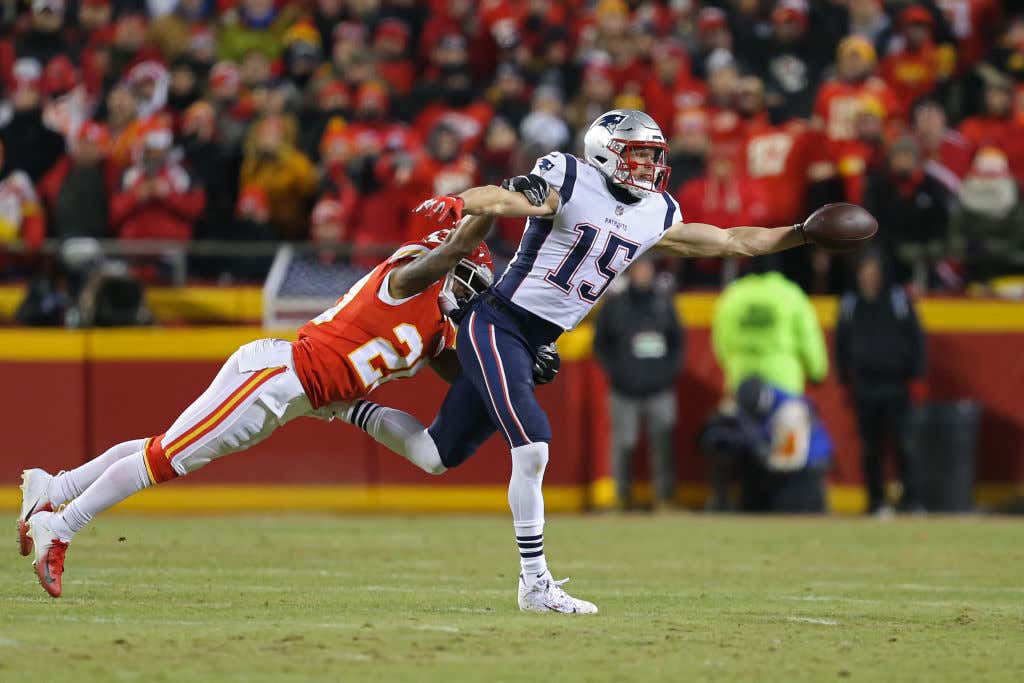 I know that when people are talking about the New England Patriots’ dynasty, they say that it’s “Belichick, Brady, and Portnoy”. And to be fair, those 3 have been along for the entire ride so far. But when we’re talking about this last leg of the dynasty here? When we’re talking about who the most important person within the Patriots organization has been in regards to this team playing in their 3rd straight Super Bowl now? Well I think we have to start with the man who signed a 3-year deal with the Pats on March 10, 2016.

Since signing Chris Hogan, the Patriots have quite literally never not made it to the Super Bowl. In 2016, Hogan was the main reason the Pats beat the Steelers in the AFC Championship game when he popped off for 9 catches for 180 yards. The Patriots would go on to beat the Atlanta Falcons in the Super Bowl that year. Then as you may recall last year, the Patriots would go on to lose to the Philadelphia Eagles in the Super Bowl but to no fault of Chris Hogan–who had 6 receptions for 128 yards and a touchdown. And then we have this season. Chris Hogan playing in his 3rd year in New England and now playing in his 3rd straight Super Bowl.

And to be fair to the originals, Bill Belichick deserves plenty of praise as well. Mainly because he saw that Chris Hogan was a former college lacrosse player. He knows that instantly made him a tremendous athlete and could serve as a valuable weapon on this potent offense. So my hat goes off to Bill Belichick for being able to spot greatness and knowing that you can always find that greatness you’re searching for in the shape of a former lacrosse player. But again–you sign a guy on March 10, 2016 and you’ve never not played in the Super Bowl since. You can’t call it a coincidence anymore.

P.S. – I really hope Chris Hogan gets to win his 2nd Super Bowl so he can go out on top and finally make the return to the sport that he truly loves the most.