I’m pretty torn on this.

On one end Dwyane Wade did absolutely nothing for the Chicago Bulls. He had his opportunity to come home in 2011, and he didn’t take it. I don’t fault him for that whatsoever as it’s his choice, but I think that a video tribute was a bit much. He came here at the tail end of his career, and it was out of spite because he didn’t like the offer Pat Riley gave him.

However, as being potentially the best basketball player to ever come out of the city of Chicago I think that he did deserve something. Maybe they should’ve just showed him on the video board, and the fans could’ve given him a standing ovation then? I don’t know. It’s just a weird spot. It just didn’t feel right to me that we went way over the top for him.

He could’ve owned this city. The #3 could’ve been hanging next to #23 with the same amount of respect. It just never worked out. So, let’s not pretend like it did. 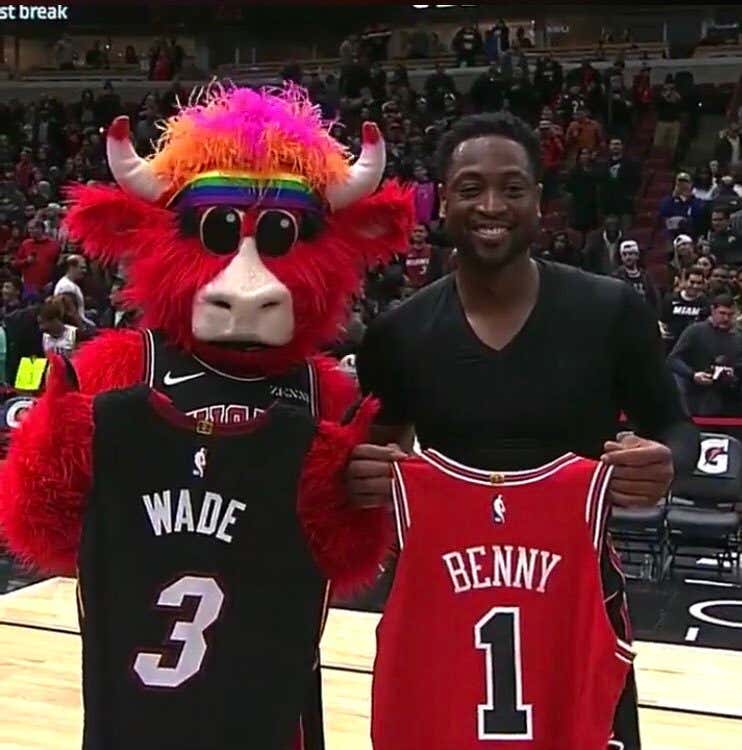 Also – Benny the Bull is the best we’ve got for a jersey exchange. Woof.

If you read between the lines this has gotta be a shot at Boylen, right? LaVine brings up a good point about how much more competitive they were early in the season compared to now when they weren’t even healthy back then. I just really don’t know what the hell there is to say about this team at this point? They’re a dumpster fire, and it seems like everybody has regressed. It’s sad as fuck thinking about how proud this franchise used to be.

Fuck you Gar Forman, John Paxson, and whatever Reinsdorf is pulling the strings.