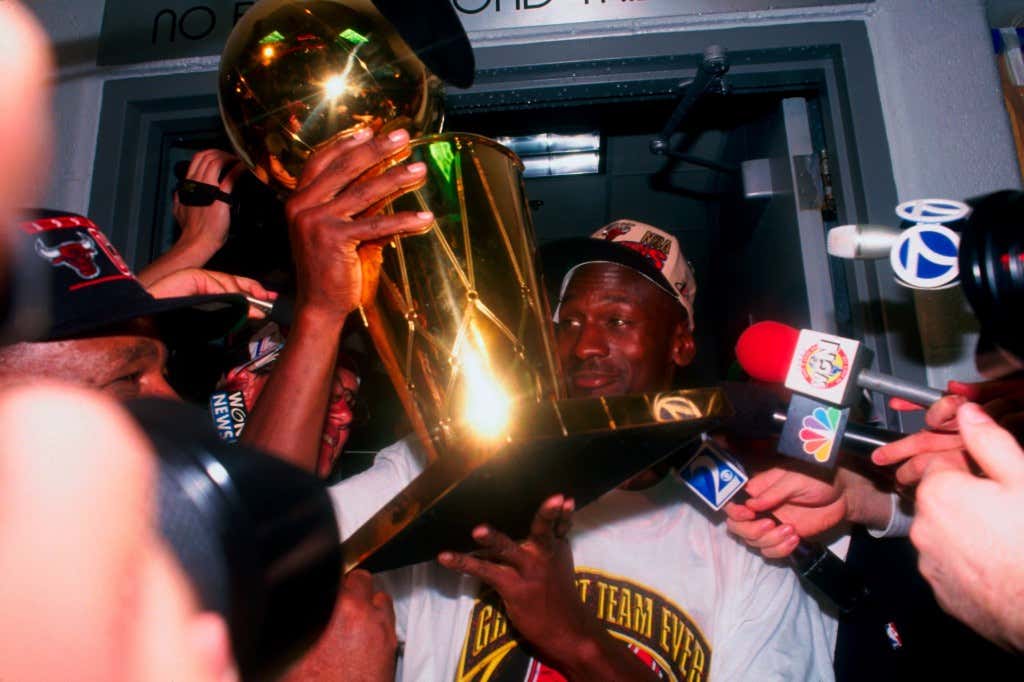 Damn, just when I thought LeBron finally ended the GOAT debate between himself and Jordan when he came out a few weeks ago and declared himself the GOAT

Jordan fans ran to their keyboards to declare that MJ would never, under any circumstance ever talk about himself like this. We saw the same video put out over and over again, you know which one I’m talking about the one where he essentially told Wilbon he would never do such a thing

So why is this relevant now that we’re a few weeks past this? Well, Twitter threw out a tweet from their account yesterday that got a pretty interesting response. Let’s have a look

Oh god dammit. My eyes tell me that MJ went with the GOAT emoji, which if we’re answer the question of how one would describe themselves with an emoji, leads you to believe that he IS in fact calling himself the greatest of all time aka GOAT. Now I know what you’re thinking, that this was a social media account and it most likely wasn’t MJ who tweeted it because he was probably on a golf course of a blackjack table. It’s a decent theory, but, if it was someone else what kind of person would do something like that without at least consulting MJ and getting his approval? One way or another he knew this tweet was coming out whether he sent it or not. MJ is a fucking psycho so I can’t see someone stepping out of bounds like that. The fact that the tweet is still up confirms that to me. If MJ wasn’t down for this, it would have been deleted ASAP.

As expected here came the LeBron stans demanding that MJ face the same scrutiny that LeBron did when he said it. You know why that hasn’t happened? Because the general public and anyone with a brain really does consider MJ the GOAT. When LeBron did this it was the biggest story on the internet, everyone pulled up their debate notes and continued to argue about this for the billionth time. Honestly I thought once LeBron declared himself the GOAT that would have finally been the end of this debate. Seeing MJ toss this out just brings us back to square one. How can LeBron be the GOAT if MJ is describing himself as the GOAT? Who’s right? When will we FINALLY have an answer?

So I’m sorry for any Jordan stans out there that couldn’t stop talking about how Jordan would never say things like this because he respected past generations. Turns out he’s just as cocky as LeBron and the only move now is to continue this debate until the end of time. God dammit.