Sometimes, as the handsome Chaps would say, a headline writes itself. This is one of those. Ernie Johnson loves to smash Trix. Who doesn’t? I mean me personally? I prefer Cookie Crisp. But, I can understand smashing an entire box of Trix. This sums up this great, stupid show so well. They go off on these tangents, typically resulting in Shaq and Barkley fighting while Ernie contemplates what the hell he is doing there and Kenny Smith chimes in with a laugh. This time it’s reversed. We have Shaq stealing the show with this look during the whole smashing: 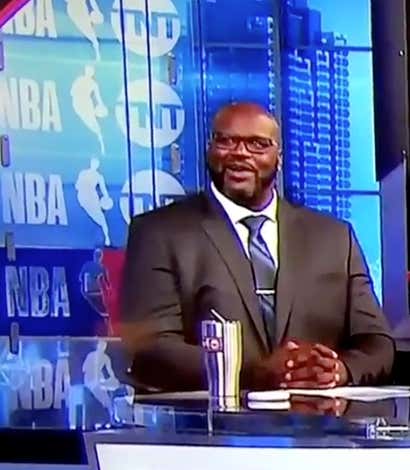 I never knew I’d type this, but I need to see Ernie Johnson smash some cereal on set soon. I can only imagine EJ on a sugar high after devouring some Trix. Just television at its finest right here folks.