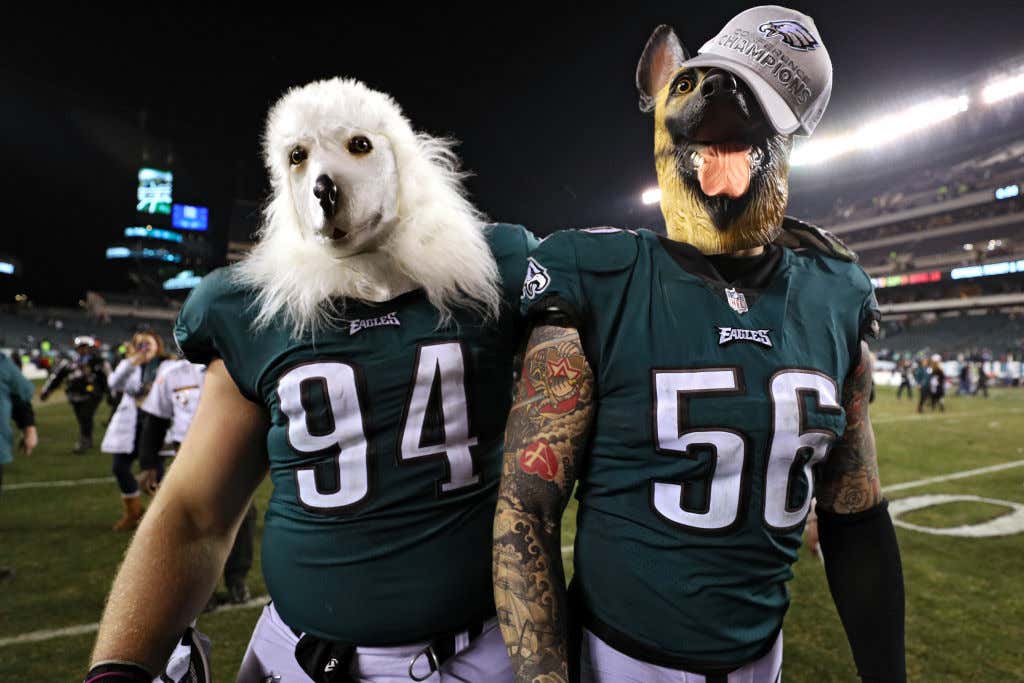 They say that imitation is the sincerest form of flattery. So I think I speak on behalf of the entire city of Philadelphia when I say that we are flattered that the New England Patriots are really rallying behind this idea of playing the underdog role here against the Chiefs this weekend. I mean, granted, they’re on the road and the Chiefs are only 3-point favorites so it’s absolutely nothing like the Eagles being home dogs against Atlanta AND Minnesota in last year’s playoffs. But it’s flattering nonetheless. It worked for the Eagles and now the Pats want to use the same “nobody believes in us” tactic that worked so against them last year.

So all I’m saying is that if the Patriots really want to play up the Underdog role, well then why not go all the way with it? Why not break out the dog masks for the game on Sunday? I’m a firm believer in “don’t talk about it, be about it”. Don’t just go around talking about how you feel slighted as betting underdogs on the road against the team who finished #1 in the conference. Actually be about it. Order the dog masks off of Amazon and have them ready to throw on after the game ends in Kansas City. That idea is for free. They can use it all they want, no questions asked. Next one will cost ya.