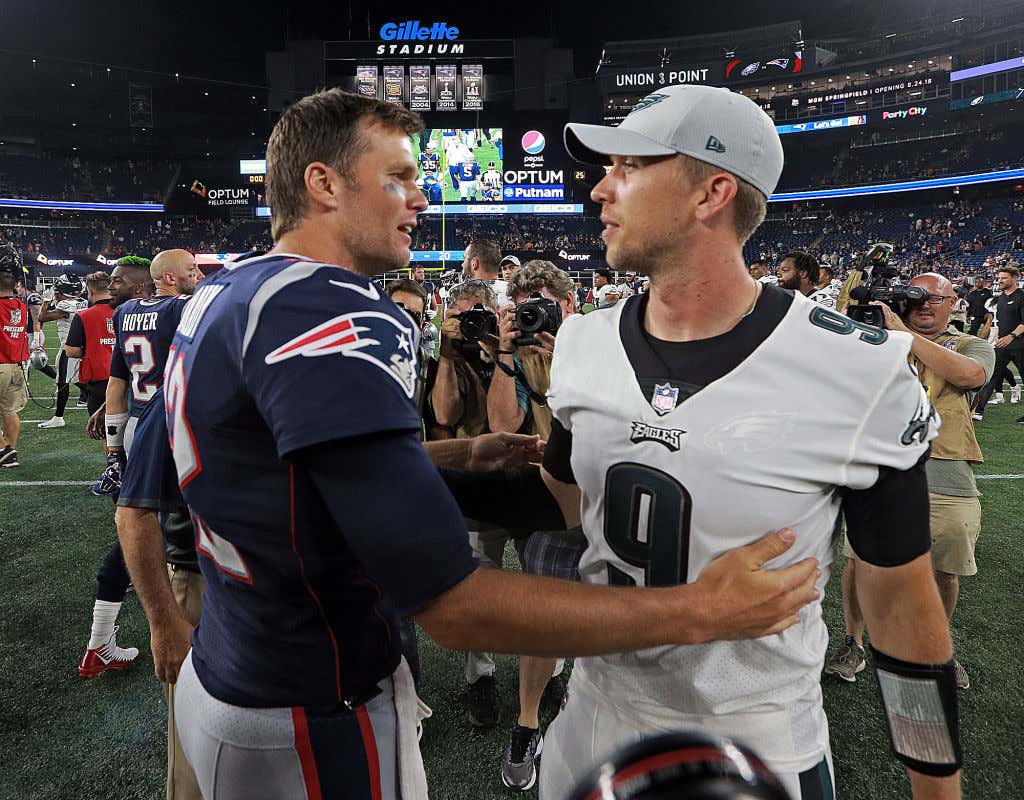 Uhhhh hey, Brett. How’s about you mind your own damn business over there, okay? You got to play in front of Doug Pederson for all those years in Green Bay, maybe you could stop trying to takeover for him now as the head coach of the Philadelphia Eagles. Dougie Big Nuts said that Carson Wentz is this team’s quarterback moving forward and everybody should agree with that decision. No disrespect to Nick Foles or anything, but it’s the right call to make. We don’t need Brett Favre out here making anybody question said decision.

With that being said, we also don’t need Brett Favre out here slandering Nick Foles on his way out. Are you kidding me, dude? “Brady-esque”? Last time I checked, Nick Foles and Tom Brady are both Super Bowl champions and have both been named Super Bowl MVPs during their career. You may remember that Nick Foles actually beat Tom Brady’s Patriots en route to being named the Super Bowl MVP last year. But the biggest difference between Brady and Foles? Well Nick Foles was named the Pro Bowl MVP in 2013. Has Tom Brady ever been the Pro Bowl MVP? No he most certainly has not.

So if anybody is anybody else-esque out there, I’d say Tom Brady is Nick Foles-esque. I mean I understand what Brett was going for there with the comparison but still. Show a little respect to the man, will ya? All I can say is that I can’t wait for Nick Foles to eventually star in a movie so I can start calling Brett Favre “Foles-esque”. Minus the massive hog and everything.