So as everybody knows by now I re-opened the comment section yesterday. This was after having to briefly shut it down because of rampant racism that was embarrassing for everybody associated with Barstool Sports. Luckily I was able to come up with a win, win solution for everybody by making it so only Barstool Gold members could leave comments. Everybody can still read comments but only those with Gold can actually comment. This way if somebody said something horrific we could ban them for life. Well unfortunately this has led to an unexpected side consequence that I didn’t anticipate and quite frankly is keeping me up at night. The new comment section who are all Barstool Gold members are shaming the old poor comment section because they can’t afford to pay for gold. The old commenters who used to rule the comment section are now reduced to just frantically downvoting every comment that makes fun of them. It’s horrific. 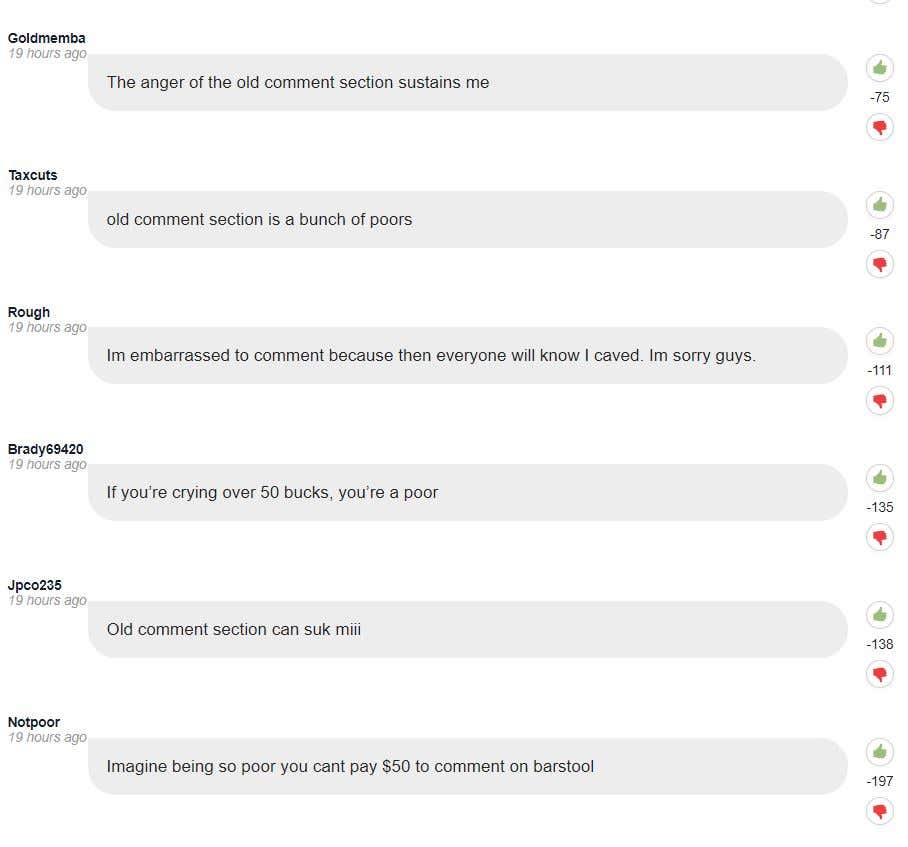 You just hate to see all the former commenters who wasted their entire lives in our comment section be mocked like this. To see their favorite pastime ripped out of their hands in the blink of an eye and now being made fun because they can’t afford Barstool Gold.

Listen you are all my children. This fighting has to end. If it was up to me everybody would be allowed to comment free of charge. But alas we don’t live in a utopian society. A leader has to make hard choices. I had no choice but to sacrifice the poor people for the greater good. So I’m asking the new and improved comment section to stop with the class shaming. Just because the old comment section were comprised of primarily poor people that doesn’t make them bad people. It just makes them less successful people. No need to shame them for that. We are all Stoolies.