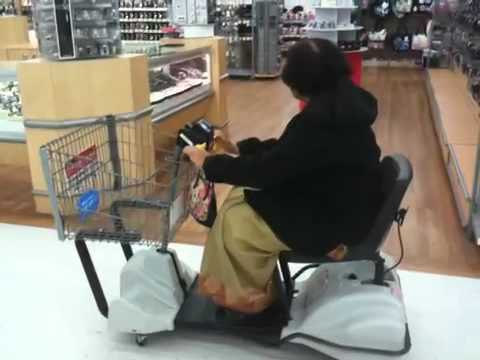 Police were called to a Texas Walmart after a woman was reportedly drinking wine from a Pringles can and riding an electric cart in the parking lot.

Officers responded to a call around 9 a.m. about a suspicious person in the store’s parking lot, the Times Record News reported. Investigators found the woman at a nearby restaurant and told her she was banned from the Walmart.

The caller said the woman had been riding around the store’s parking lot since 6:30 a.m., drinking wine from the potato chip can.

Honestly, this is a questionable decision because usually when you’re drinking wine, salty isnt the move, and if you’ve ever tried to quench your thirst via a Pringles can, you know those crumbs are difficult to get out. You can try and try and try but the taste of the delicious pizza chips lingers on no matter how much chardonnay you spill down your gullet.

That being said, I don’t see what the big issue is here. Whomst hasn’t wanted to take a little spin with a spritzer on a Saturday morning? Walmart doesn’t really get poppin until about 10am so this is the classic case of no harm no foul. Unless she dumped her tits out. Cant have a titty dump at 10am at the Walmart. It’s written clearly on the entrance signs so they have to enforce that.

Additionally, banning someone from a Walmart in a community like Wichita Falls, Texas is essentially a death sentence. Where will she go socialize, drink, ride scooters, shop for food, shop for clothes, shop for shoes, shop, or even use the bathroom when she’s stuck in scooter traffic? My god. Where will she get her oil changed or her medicine? This is all very unfair.