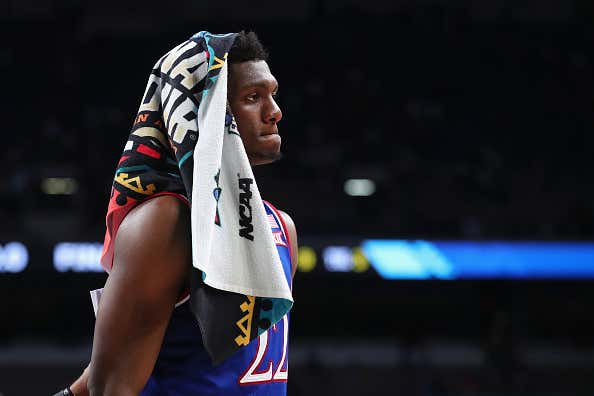 [The Athletic] - Last? October,? Kansas announced that it was withholding 6-foot-9? sophomore? forward? Silvio? De Sousa from? competition pending? an eligibility?? review. The decision came in the wake of a federal trial in New York City that resulted in three convictions, during which T.J. Gassnola, a consultant for Adidas and a cooperating witness for the prosecution, testified he had paid $2,500 to De Sousa’s guardian.

Multiple sources have confirmed to The Athletic that Kansas is preparing to formally acknowledge to the NCAA that a violation took place, declare De Sousa ineligible and ask for his immediate reinstatement. The request is expected to be submitted to the NCAA’s Academic and Membership Affairs Group as early as this week.

According to the NCAA’s matrix regarding infractions, an improper payment of $2,500 most likely would yield a penalty that the player is suspended for 30 percent of the team’s season. Kansas has played16 games, which means De Sousa has already exceeded that timeline.

Well, this is just another twist in the FBI investigation into college hoops. This time it’s way different than what we’re used to. Lately it’s been guilty plea deals and whether or not other schools are involved. But, this is the first time we’re seeing a player try to apply for reinstatement.

What this does is essentially say that what was said in the trial about TJ Gassnola paying Silvio De Sousa’s guardian is correct and true. Now, it’s not the end of the world that this happened. We’ve seen people miss time for this sort of thing almost every single year. We’re talking about $2,500 at this moment.

What this will do though is open up another entire can of worms. This means are we to suggest that everything Gassnola is accused of is true and how will the NCAA investigate schools based on that. Remember, the NCAA has already come out and said they have begun the investigation following that first trial. Since then we’ve had two assistant coaches reach plea deals.

I’m going to be fascinated about how this is ruled. This should be a speedy process because of the timeline. As Seth Davis laid out, the typical suspension is 30% of the season. We’re past that point meaning he should be eligible immediately. So if it’s just this $2,500 payment to a guardian he should be playing this week. However, if the NCAA doesn’t reinstate him does that mean there is more out there? Could we be seeing a harsher punishment for Kansas? I highly doubt we’ll find out this week, but these are the questions that I’ll have if De Sousa isn’t eligible immediately.

De Sousa was an important part to Kansas’ Final Four run last year. He joined the team in the second semester last year and is an athletic big that backed up Udoka Azubuike. He’s a good rebounder and can finish around the rim. With Azubuike out for the rest of this season, Kansas is looking to add depth at the big man spot. Right now they are playing Dedric Lawson at the 5 (which is their best lineup) and using Mitch Lightfoot and David McCormack as backups.