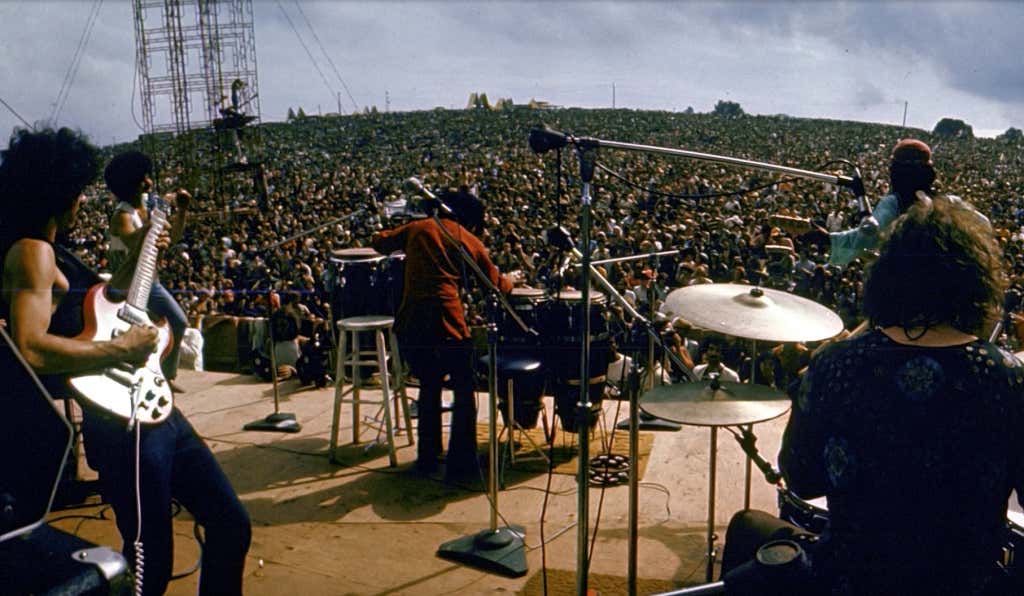 Fifty years following the most legendary festival in the history of music, and twenty years following the most infamous festival in the history of music, Woodstock is returning once more, this time to Watkins Glen, New York on August 16th, 17th and 18th to hopefully get back to its roots and celebrate the same peace, love, and music that 400,000 some-odd folk did back in ’69.

-Over 40 performers have been booked already across three stages, including some big-name headliners.

No names will be announced until tickets go on sale in February, but Foo Fighters and Pearl Jam are heavily rumored to be two of the festival’s headliners. There’s also a lot of speculation about Greta Van Fleet getting a prominent spot during the three-day weekend, which wouldn’t surprise me in the slightest. I’d actually be surprised if they didn’t.

-“It’ll be an eclectic bill,” Lang says. “It’ll be hip-hop and rock and some pop and some of the legacy bands from the original festival.”

He wouldn’t delve into specifics, but Lang did say that some “newer bands” will stage “celebrations of artists from the original Woodstock” that will likely include tribute performances to Janis Joplin, the Band, Jefferson Airplane and Joe Cocker, among others. “Having contemporary artists interpret that music would be a really interesting and exciting idea,” he says. “We’re also looking for unique collaborations, maybe some reunions and a lot of new and up-and-coming talent.”

Awesome, and again, not surprising! Having “legacy” bands from the original fest is great, as well! Not that there won’t be an abundance of tribute/nostalgia acts regardless, but what a rad way to honor those who made the first fest what it was! And the “reunion” part really excites me, cause there’s certainly a few I’d like to see reunite at the ‘Stock this Summer!

As far as tribute acts, you’ve GOTTA have Santana, Eric Clapton, Jeff Beck, John Mayer, Slash, maybe even a young dude like Kingfish Ingrahm, or any combination of that crew goes (I’m sure there’s a hundred other applicable names I’ve missed) do some sort of massive, massive, massive Jimi Hendrix set. Throw Lenny Kravitz on vocals?

-Filthy, overflowing portable toilets were major problems at previous Woodstocks, but Lang swears that he’s found a solution for that too. “There’s a new dimension in portable toilets now,” he says. “They are clean and airy and sizeable. They also don’t get pumped during the event, so you don’t have these wagons running around smelling everywhere. And then the end product is fertilizer.”

Alright, great to hear that filthy, overflowing toilets, a staple of the festival, will not be making their return!

Sanitation was just one of many major problems at Woodstock ’99, a disastrous event held on a former Air Force Base in Rome, New York that culminated in fires and riots. It was held on a brutally hot weekend with few places to find shade. Water was sold at $4 a bottle. There was also a death resulting from a drug overdose and reports of sexual assaults in the mosh pits. Promoters dealt with a wave of lawsuits in the aftermath and for a while, it seemed like there would never be another Woodstock. (Lang’s original Woodstock co-promoter John Scher absorbed some of the blame for the fiasco. He is not involved with Woodstock 50.)

Alright, even better that we’re gonna try to do away with the fires, riots, dehydration issues, rapes, deaths, and various other sexual assaults from the most disastrous shitshow the earth has ever seen, Woodstock ’99! Great to hear the promoter who the blame fell on is not involved in this one at all, too! Definitely don’t wanna go to Woodstock to get raped in a mosh pit and then die from an overdose. No good! People don’t want that.

That’s pretty much all the intel we’ve got so far, though, and I can guarantee that I’ll be there, so hopefully I’ll see y’all there!