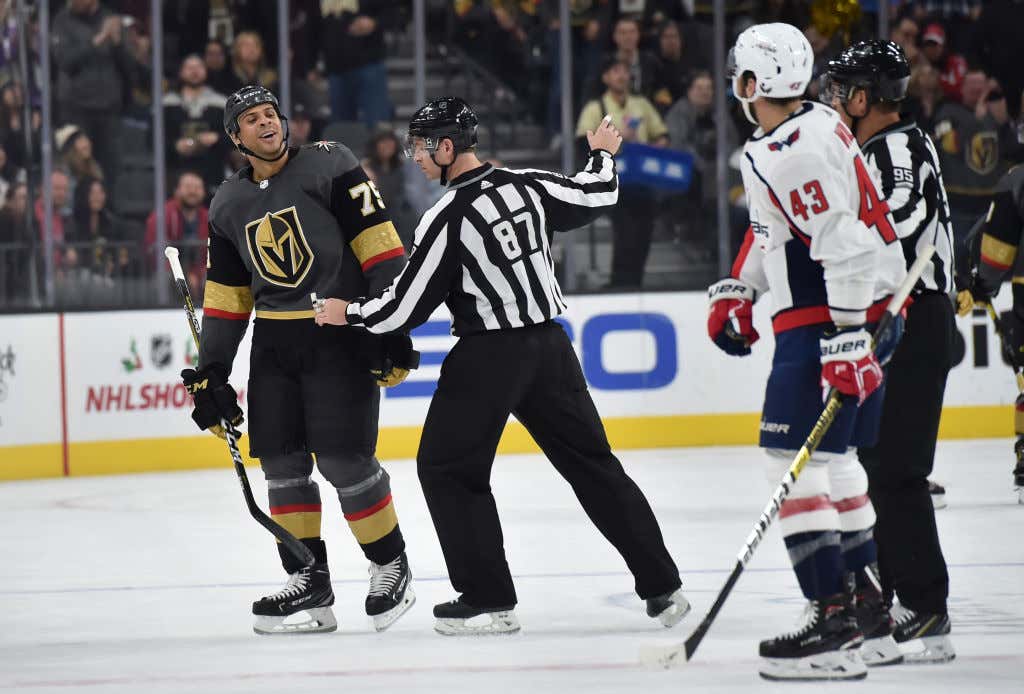 We had Vegas Golden Knights forward Ryan Reaves on Spittin’ Chiclets this week and we would be assholes if we didn’t ask him about his arch nemesis Tom Wilson. Reaves clearly still does not like Wilson, he actually says in the clip below that he hates him.

We need more of this in professional sports. Real hate. Ryan Reaves actually hates this dude. This isn’t an act to sell more tickets to games or to grow their followings on social media. These two want to hurt each other every time they step on the ice. Imagine if the NBA had the hate it had in the 80’s? Imagine if the Red Wings vs Avs was an automatic line brawl every time they played? Or if guys like Sean Avery were still out there causing a ruckus.

Regardless, you’ve got a giant dump in your pants if you don’t like Ryan Reaves and Tom Wilson hating each other. And you’re a god damn fool if you don’t think the NHL needs more of this.