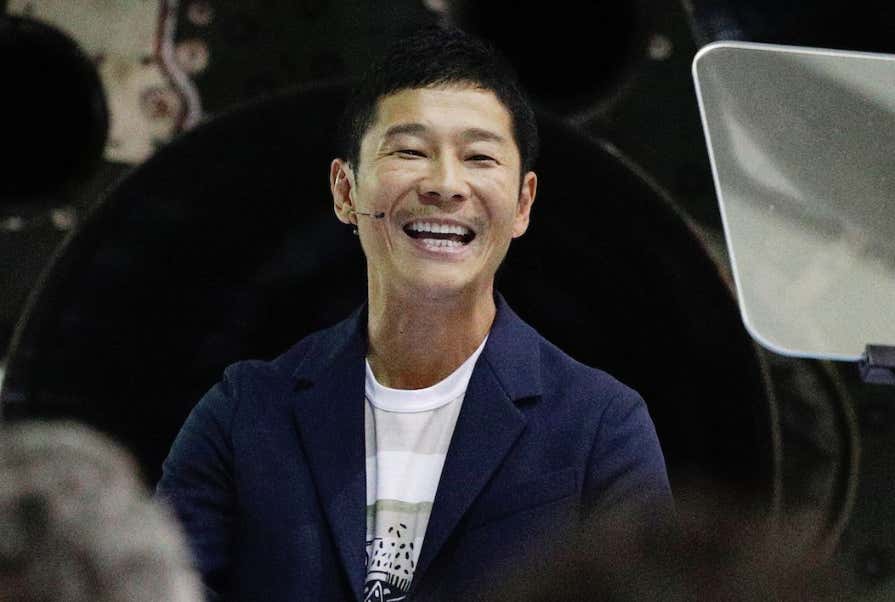 Source -  A Japanese billionaire has entered the record books as the author of the most retweeted post ever — after getting a boost by offering cash to random Twitter users who retweeted him.

Yusaku Maezawa, 43, posted his tweet on Jan. 5, and as of Monday morning, the tweet had been retweeted more than 5 million times.

The billionaire got help from Twitter users hoping to cash in on his offer of 100 million yen — or $925,000 — to be shared between 100 randomly selected users who re-tweeted him.

After announcing the retweet promotion, the billionaire, who is well known for his often eccentric public persona, now has more than 5 million followers on Twitter.

Pretty cool. Here’s the tweet. It reads, “house, squiggly line, dash-dash, starfish, box, circle.” Which of course in English means, “I’m a billionaire desperate for attention so please retweet this to make me somewhat relevant, even if it’s only for a day.”

How did he get so Rich you ask? He founded a stock company (Start Today) and launched the MASSIVE online retail website Zozotown. He’s also an avid art collector, although I don’t know if that hobby actually makes him any money.

“Maezawa made headlines in 2016 when he bought two pieces by the late American artist Jean-Michel Basquiat for a combined total of $167.8 million, according to the BBC.”

Whatever the case, people are going nuts over this tweet.  5.6 million retweets and 1.4 BILLION likes as of right now. In other words, you have a better chance of winning the lottery twice and getting struck by lightening while being attacked by a shark than winning Maezawa’s Twitter give away.

But hey, I’m not going to hate on the guy. He’s got the money and he wanted to get his followers up and that’s exactly what he did. If I was that rich I’d retire from the internet altogether, not seek validation from it like a poor, but again, that’s just me. To each his own. Congrats on the fame, Maezawa.