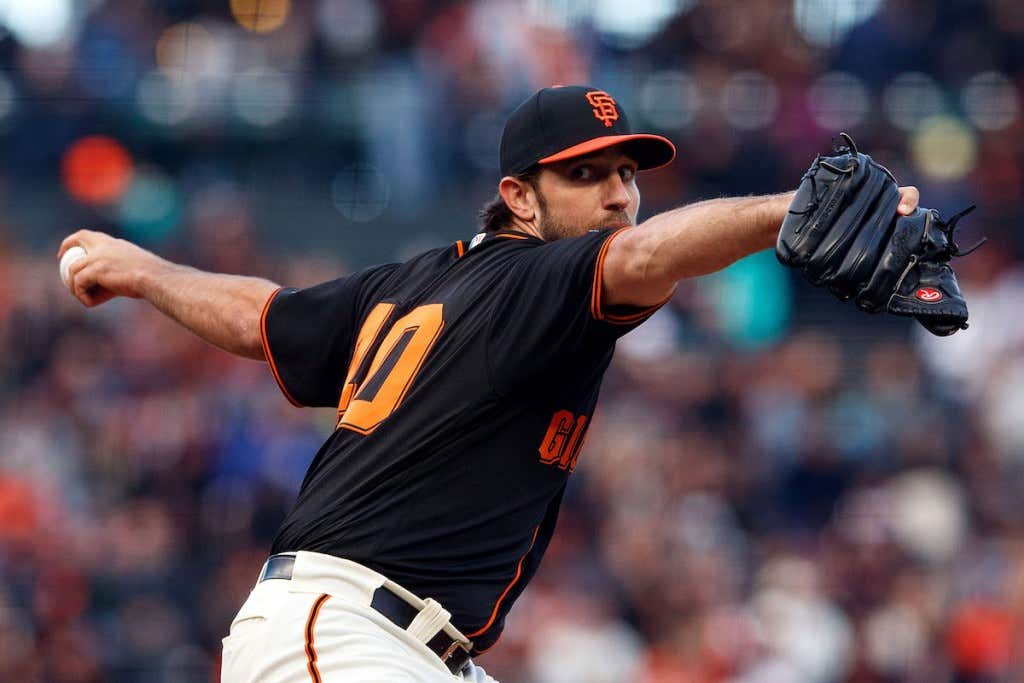 Last October, the Milwaukee Brewers came within one game of making their second World Series appearance in franchise history. Unfortunately for them, they came up just short in Game 7, ending what was an otherwise fantastic year for the organization. The Brewers finished with the best record in the National League after defeating the Cubs in a Game 163 to clinch the NL Central crown for the first time since 2011.

What could’ve made the biggest difference for Milwaukee in 2018? An ace. All due respect to guys like Jhoulys Chacin and Chase Anderson, but they’re not aces. Same goes for Jimmy Nelson, who will be returning at some point in 2019 after missing all of 2018 following rotator cuff surgery. If the plan is to move Brandon Woodruff to the rotation this upcoming season, then that could very well prove to be an upgrade over the other back of the end options, but still no ace.

For an organization that sits middle of the pack in terms of payroll, it’s difficult to add a bonafide ace that’s within your budget. That is, unless you draft and develop your own. OR…trade for a reasonably priced one. Like, perhaps one that will only cost you $12 million. It’s been a while since Milwaukee has had a legit ace — Zack Greinke in 2011 and parts of 2012, and, of course, CC Sabathia’s legendary run at the end of 2008 are probably the most recent examples.

Not ideal that two of the best pitchers that the Brewers have had in the last decade (perhaps ever) were both short to very short tenures. However, Milwaukee made the postseason with both of them, so the trades were certainly justified. Might the Brewers make another trade to add an ace for the short term in hopes of making another run at the franchise’s first World Series title? Per Jon Paul Morosi, Madison Bumgarner might be that guy.

It’s far from certain that the Giants will trade Madison Bumgarner before Spring Training. But if they do, Milwaukee is his most likely destination. The Brewers and Giants have had substantive communication about a Bumgarner trade this winter, sources say, and the Brewers are continuing their internal deliberations about how much they’re willing to give up in order to acquire the three-time World Series hero.

Are we talking about the same Madison Bumgarner that ripped the Royals’ dicks off and shoved them up their asses in 2014? No, we’re not. But that’s okay! He doesn’t necessarily need to be that guy, although it’d be nice. I don’t want to say Bumgarner’s stock is “low”, but I feel like he’s fallen out of the top pitchers in the game conversation over the last couple of years as a result of injuries.

That being said, his major injuries in 2017 were a result of a dirt bike accident, and he fractured his finger last season. We’re not dealing with shoulder or elbow problems here. Despite the missed time over the last two years, we’re not talking about a pitcher who’s breaking down as he heads into his age-29 season. He’s still very much in his prime.

You know what else he’s in? His free agent season. His walk year. The Giants are going absolutely nowhere in 2019, so get MadBum out of San Francisco, replenish your system a bit, and give him another shot at October glory for a fourth time. The Giants get kickstart on their reboot, and the Brewers get an ace who will be motivated by the chance to pitch in October again and a major payday at the conclusion of the year.

Now, will that actually happen? I would say odds are against it at the moment. Things can change very quickly, as we’ve seen, but I still think that the play is for the Giants to go into 2019 with their ace and then make a decision to move him at the deadline when it becomes clear that San Francisco isn’t hanging with the Dodgers, Rockies and Dbacks. I would imagine that the Brewers will still be interested then.

But the problem for Milwaukee is that the list of suitors will undoubtedly be bigger in July for a two (potentially three) month rental than it likely is right now for a full season of Bumgarner. I guess it all depends on how the Brewers see themselves. Do they see themselves as a team that’s talented enough to get back to where they were last year and hopefully beyond, or do they see themselves as a team who can get back to the NLCS, but need an extra weapon to get beyond that point?

If I’m David Stearns, I make this happen before pitchers and catchers report. Make a statement. Let the fan base that you just captivated know that this team is all in on 2019. Go get MadBum.