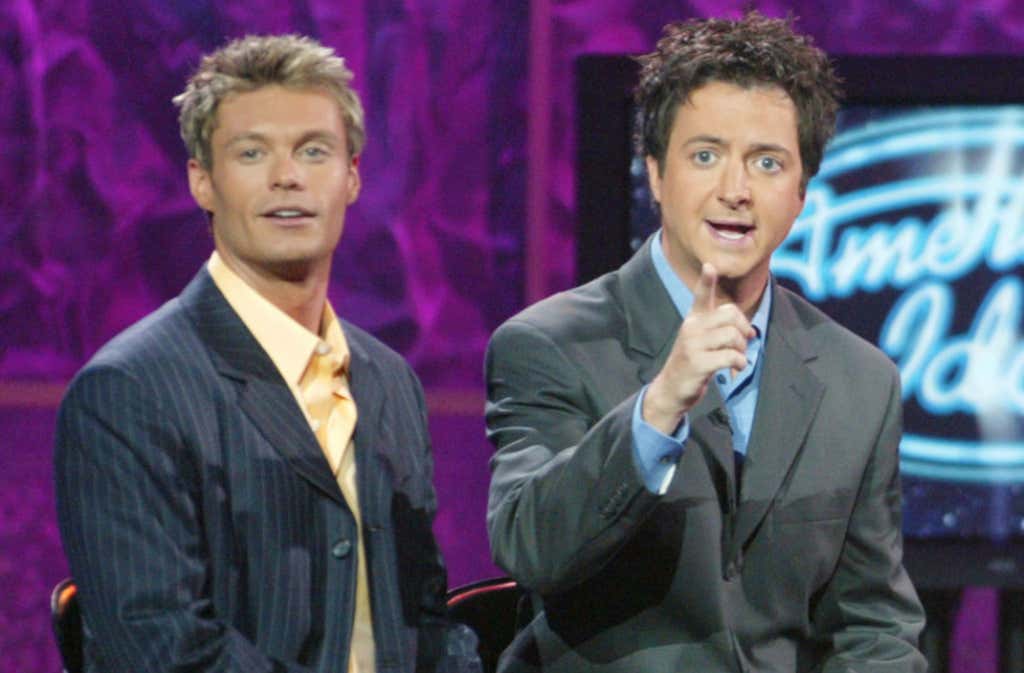 Page Six - After it was revealed that former “American Idol” host Brian Dunkleman is driving for Uber in order to make ends meet in his divorce from his wife, publicist Kalea Dunkleman, the former TV star explained how he came to drive for the company.

“I chose to stop doing standup comedy and started driving an Uber so I could be there for my son as much as he needed after our life as we knew it was destroyed,” Dunkleman tweeted Thursday night.

Dunkleman’s apparent girlfriend, a woman named Andrea, also took to Twitter to defend him by sharing a picture of herself in a white bikini and wrote, “This is what an Uber driver’s girlfriend looks like … #ImInLoveWithAnUberDriver.”

I’m not here to job shame. I’m not here to say there is anything wrong with driving for Uber. It’s an honorable job and it keeps our world spinning. Thinking back to a world before Uber gives me the chills. We didn’t have Uber in college. We either walked everywhere, called/hailed a cab, or trusted that our DD didn’t decide to have a few too many. Uber has drastically taken the risk out of drinking. Shout out to Uber for that. So there’s nothing wrong with Brian Dunkleman driving for Uber. In case you don’t know who Dunkleman is, he hosted the first season of American Idol with another no-name, Ryan Seacrest.

Yeah…..so….flash forward to 2018 and now the picture starts coming together.

Ryan Seacrest does not drive for Uber. Instead, he basically runs Hollywood. They list his net worth at $410 million but that seems low. The guy is the producer of basically every E! show, has a hand in American Idol, still does his nationally syndicated radio show, apparently has both a clothing line and a skincare line, and lord knows what other investments.

And Dunkleman drives for Uber.

He’s a trivia question akin to Pete Best. One of those weird things where if one thing goes differently here or there, the world as we know it is different.

There is good news though, he has a ride or die girl:

Oh hell yeah! He might not have the money, the private jets, the fame and fortune…but he has a girl who loves him. So suck on that, haters.

And not for nothing, Dunkleman seems like a good dude. Things happen and it seems he takes it in stride:

But a billion % chance he still resents Seacrest at least a little bit. Who wouldn’t? He was right there, on the same stage, co-hosting the same mega-popular show. Glad he’s still around and kicking though and didn’t end up like the guy who created Victoria’s Secret. Silver linings.