It’s January 2nd, so calling any video the video of the year is a bit premature, but I think we may have a leader in the clubhouse with this one. Just phenomenal. Thank god for the internet so great minds like this one have a platform.

He’s not wrong. Them kids are created by Nick Saban in the basement of Alabama’s facility. That’s a fact. Should be called the Alabama Frakensteins.

“Number 92 on that team? Look how big and aggressive that damn baby is. That man took his helmet off, that man had BRACES.” 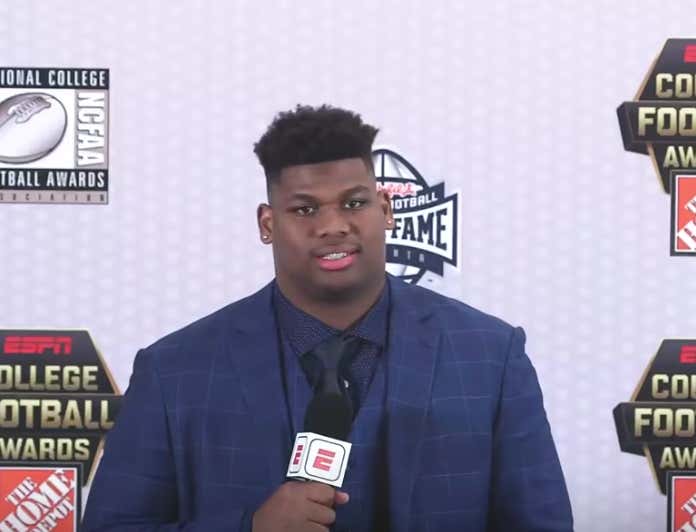 “Did you see how number 8 ran over that BOY”

The story of Josh Jacobs is amazing. Three-star recruit from Oklahoma. The Sooners didn’t offer him. He goes to Alabama, becomes a manimal, and will be the first Alabama offensive player taken in the draft this year. The crazy part? He’s the backup RB.

This was the highlight of the video until we closed with one of the best quotes I’ve ever heard: