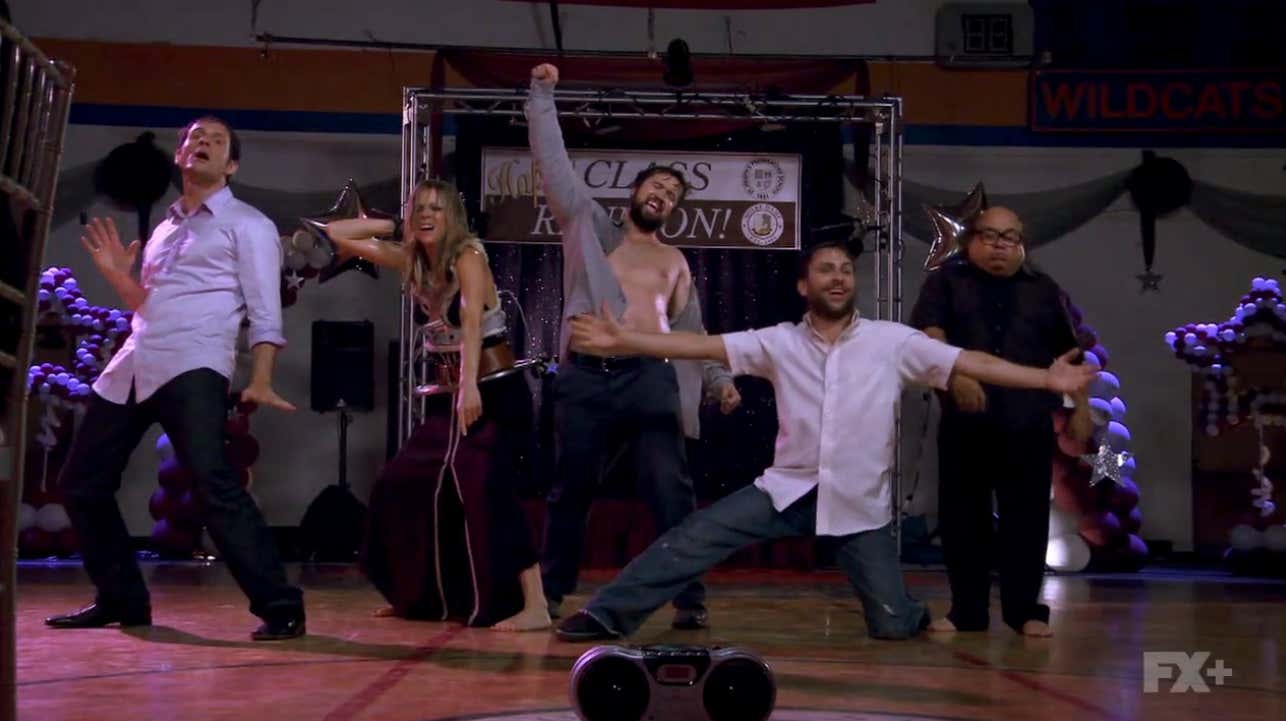 People always look at the start of the new year as a clean slate of sorts. But the whole “New Years resolution” concept is pretty narcissistic in nature. All people ever talk about when it comes to their New Year’s resolution is “me this, and me that, and me the other thing”. It’s just me me me me me me me. Don’t get me wrong–I think it’s great if people want to better themselves. But what if we all came together to share a collective New Year’s resolution? Wouldn’t that be a better alternative? Because not only would it take the responsibility to fulfill your resolution solely off of you, but it’s something that would help out everybody in the process.

So with that in mind, I would like to offer up a suggestion for a collective New Year’s Resolution here. And that suggestion would be to stop shaming people for being sweaty in the year 2019.

Now bear with me here for a moment because I know that I’ve probably lost some of you right off the bat. I’m not saying that we should necessarily encourage people to be sweaty and disgusting in public. And I’m certainly not saying that we should put up with people giving off tremendous amounts of body odor in public. But a little sweat here and there? Some pit stains? Little bit of sweat on the lower back? Clammy hands? I just think it’s time that we, as a society, start to look the other way and start allowing sweat to go either unnoticed or unspoken about.

Think about it. The same way that everybody poops, everybody sweats. Now obviously some people are going to sweat a lot more than others, the same way that some people poop more than others. But if you don’t sweat at all, then you’re just an alien the same way you’d be if you don’t shit at all like Kim Jong un. So if w all sweat then why should anyone feel like an outcast for doing so in a public setting that isn’t during a physical activity? It just seems like an unattainable social standard that ridiculously pretty people created that makes the rest of us, the profuse sweaters of the world, feel shame and regret and keeps us in our place.

WELL I’M SICK AND TIRED OF IT.

So in 2019, I encourage all of you to sweat it out. Don’t focus on only being able to wear dark clothing because it hides the sweat marks. Don’t focus on having to rub your hand on your pants for 45 seconds before shaking anybody’s hand. Don’t focus on not being able to sit comfortably in a chair that has a back because you know the moment you press your back up against the back of the chair, it’s going to leave a sweat mark. It’s 2019. It’s a new year and we’re bringing a new attitude to the world. And that attitude is the fact that everybody sweats and it’s not really the worst thing ever. I mean it’s still kinda gross but at least we can all be kinda gross together as long as nobody is a bitch about it and makes it out to be too much of a deal. That’s all I’m saying.

But yeah. I’m also not saying that this should give everybody a free pass to be a complete slob out there. Wear deodorant. Practice proper hygiene. Just don’t feel like you need to stand underneath the hand dryers in a bathroom to dry off your shirt if you’re in a public setting because you don’t want people to see you do something that quite literally every single person does–sweat.