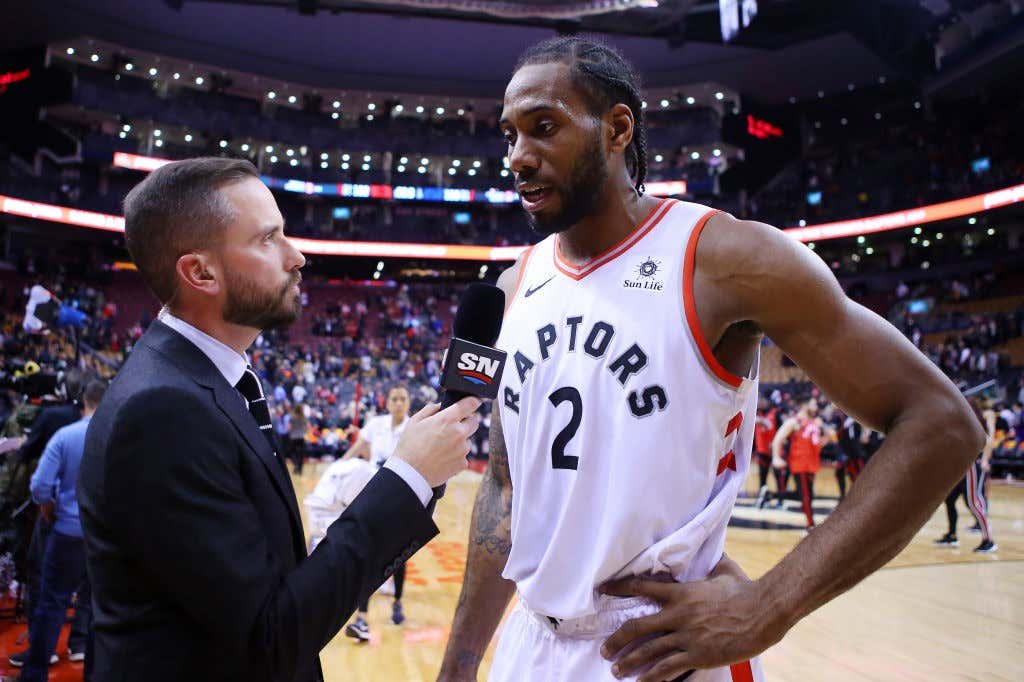 Good morning everybody happy Wednesday and welcome back to another edition of Last Night In The NBA where we bring you up to speed on everything that went down from the night before in the Association. We all hate life right now, some of us haven’t been at the office for like 10+ days so I know what a brutal time this is. Nobody wants to work today because frankly we forgot how. So what better way to ease back into the real world than to kill some time this morning with some quality basketball highlights. We had 5 games on the schedule last night, with only 1 game turning out to be a legit blowout. All the others were close, we had some OT, we had some career nights, all in all it was a very entertaining New Year’s Day. If you were hung over as shit and couldn’t bring yourself to watch any of it, here’s what happened.

A valiant effort from the Jazz no doubt, and it’s already hard enough to win in this building so there’s no shame in coming up a little short. It’s even harder when two Raptors have the best games of their careers. We’ll start with Kawhi, who was an absolute monster with his 45/6 on 16-22 shooting. He was so locked in the Jazz who are a pretty good defensive team simply didn’t have an answer

He got into the paint/at the rim at will, and every time the Raptors needed a bucket, there he was. Coming up huge in big moments is sort of what Kawhi does, so that wasn’t really a surprise. The surprise came with the play of Pascal Siakam, who had a career high of 28 on 9-15 shooting

People laughed at me when I put him as a first time All Star, but honestly that just told me they need to watch more Raptors basketball. The dude is having a breakout season and is a huge reason why the Raptors are so fucking good. Add in 30+ points from the second unit, and that’s how the Raptors were able to pull this one out. They used a huge 44 point third quarter to get some separation, and even though the Jazz did keep coming and make this a two possession game late, the offensive rebounding in the final minutes helped TOR hang on. Just three players in double figures doesn’t win you many games, but when you shoot 55% and turn it over just 9 times, that’s more than enough.

For UTA, look they battled tough in that first half. Never let TOR go on a run and we had ourselves a game. Things got a little carried away in that third, but other than that they were right there with the Raptors. The Jazz will forever confuse me, one night they play lockdown defense, the next they score 116 but give up 122. No consistency with them. Jae Crowder was huge for them with 30 off the bench

But the story here was their backcourt’s tough night. Donovan Mitchell went just 7-23 from the floor, Ricky Rubio just 6-17, they combined to go just 2-12 from deep, and when you struggle like that against this Raptors team, you’re going to lose.

You have to pretty much be perfect not only to beat them, but to beat them at home, so the 43/28% splits wasn’t really going to cut it. This now brings UTA to 0-12 on the road and 3 full games outside of the 8th spot out West.

You want to talk about really hard teams to beat at home, how about the 17-3 Bucks. This was a blowout from the jump, they scored 68 points in the first half, and I’m trying to decide what was more impressive. The play of Giannis, who also may have had the poster of the year

Or the fact that for the second game in a row Brook Lopez made 7 3PM?

Talk about a player flourishing in a particular system, I would say Book Lopez’s success shooting the basketball like this, and his coach’s willingness to let him take 12 3PM is why this Bucks team is so dangerous. You know about Giannis/Middleton/Bledsoe. You know what they are going to bring. I don’t think anyone saw this type of production from behind the arc coming from Lopez simply because we had never seen it. He’s started to improve his outside shot, but 7 3PM? That’s crazy

MIL shot 59.6% from the floor, were balanced on offense, and only needed Giannis to take 11 FGA in this one. That’s scary.

For DET, it was pretty much Blake Griffin

and nobody else. We saw how terrifying the Bucks defense can be, they held DET to just 38/36% shooting, and outside of Reggie Jackson, every other guard that played was pretty terrible. Bullock/Brown/Calderson/Kennard/Galloway all combined to go just 5-37. That’s bad. They are now 5-11 on the road and are holding onto their final playoff spot with dear life as BKN is just 0.5 games back.

Heading into this game I don’t think anyone thought the Knicks would be able to play such a competitive game in Mile High, but it was a weird offensive night for the Nuggets where Jokic was a goddamn monster

but no other starter played all that well. Jamal Murray shot just 4-12 from the floor, and no other starter had more than 13 points. So how did they pull it off? That DEN depth. Paul MIllsap had a solid 16/9 on 6-13 in his 22 minutes off the bench, and then there was Malik Beasley, who is quietly earning himself some minutes while everyone is hurt

This certainly wasn’t easy, the Nuggets needed a big fourth quarter to ultimately put this one away, but they’re now 15-3 at home and still atop the West. This was their 3rd win in a row and 7th in their last 10 all while owning the 2nd best point differential in the conference. We questioned whether or not this team was for real when they got off to that good start. Well it’s now 2019 and they’re still at the top while having to deal with big time injuries to key starters. I’d say that’s for real.

For NYK, perfect night really. Had a competitive game, ultimately lost, and got some strong play from your young pieces

The Knicks have now lost 8 in a row and are right in the thick of this tanking race. Well done.

Probably the best game of the night all things considered. Anytime you can see some NBA history that’s pretty cool, and we certainly got that in this game. Did you know Jursef Nurkic became the fist played in NBA HISTORY with a 20/20 5×5? You may have no idea what that is, but look at his line. He finished with 24/23/7/5/5 in his 38 minutes. Fucking nasty

Then you factor in the strong play of Dame, who proved yet again how clutch he can be by not just dropping 25, but also sending this game into OT

and that is how the Blazers got this much needed road win. It helped them keep pace with HOU who is on a tear, they find themselves in 5th right now with a slim lead over both LAC and LAL. With everyone in the top 5 out West on some sort of streak, it’s important that the Blazers play well and get these road wins as they try and get to at least .500 away from home. Now 8-10, they’re getting close.

but outside of that there wasn’t much to write home about. They gave up a 38 point quarter in the second, and then scored just 5 points in OT showing they maybe ran out of gas a little bit. After going cold in the fourth a losing to the Lakers and then having a loss like this has to sting, it also dropped them further out of the final playoff spot as they sit 1.5 games back of SA. Just 10-8 at home, they have to be better there if they want to sneak in.

How do you respond after getting blown out by nearly 40? Well, for starters you get Joel Embiid back in the lineup, word on the street is he’s pretty good

Pretty impressive stuff. Even more impressive was the fact that the Sixers were still able to win this game despite Jimmy Butler getting tossed midway through the 4th quarter, and honestly that’s probably why the score ended up so close

The Sixers also got a great night from Simmons, who not only filled the box score but also had a pretty creative play to seal it

The Sixers really needed this win as they now move to 8-11 on the road and get to .500 so far on this trip, they close things out tonight against PHX so that should be an easy win for them before facing Luka on Saturday.

For LAC, not the best time to go on a little bit of a slide, but they’ve now lost 2 in a row and are 4-6 over their last 10. They got great production from their four best players

but look giving up 76 points in the first half is going to get you beat every single time. No other Clipper besides those four hit double digits, and the Clippers are playing with fire if they are going to defend like this.

And that’s it! You’re now caught up on everything that happened last night in the NBA. We’re back tonight with 9 more games so just make sure to check back in the morning if you can’t watch them all. Have a great Wednesday!