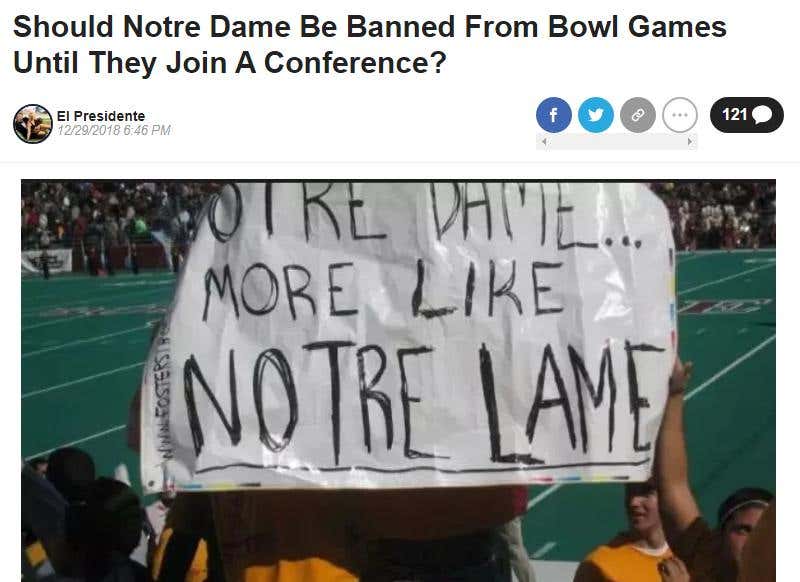 Once again they benefited from playing a soft schedule which they create on their own accord.  Once again they benefited from not having to win a conference championship game.  Once again they got by on their reputation from 100 years ago even though they haven’t been relevant since the mid 80’s. And once again the entire country suffered for it. We were forced to sit through another disgusting ND performance in front of the entire country. It’s sickening. I honestly don’t know how anybody from Notre Dame can look themselves in the mirror after that debacle. The bottomline is this. If ND doesn’t have the integrity or guts to join a conference and earn their way into the BCS like every other team in the country than they shouldn’t be allowed to play in the post season. Clearly they don’t belong and it’s not fair to everybody else who has to win and earn their berth. Shame on Notre Dame.–Dente

I know what fucking Dente is doing here. I know he’s a troll. I know he’s trying to get the faithful fired up with this blog and make himself feel better about Harbaugh and Michigan turning into a true loser program. Having said that, he has an Army of idiots who follow him for his sports takes and then there’s a immeasurable mouth breathing internet wildings roaming around twitter and message boards independent of Portnoy influence who are also morons who genuinely think Notre Dame is obligated to join in order to qualify for the playoff.

The haters say that Notre Dame plays a cupcake schedule 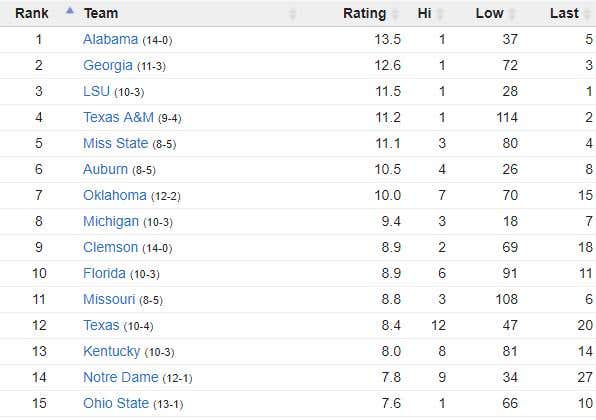 Any way you slice, ND plays a top 25 schedule in any given year. It’s not Notre Dame’s fault that VaTech, FSU, and USC had shit teams this year. Even with those programs taking a dump, ND still had a statistically strong schedule.

They think that a conference championship is needed to properly vet a playoff contender. 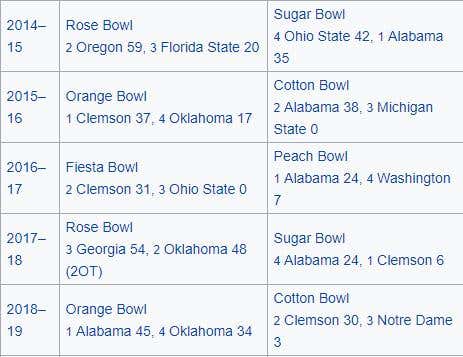 A lot of conference champions participating in this tournament…very few close games. 10 games, only TWO decided by a ten points or fewer. 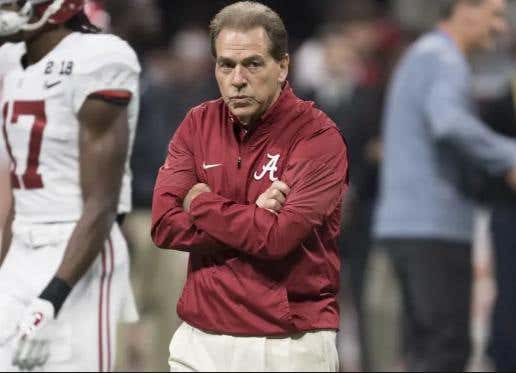 The problem is Nick fucking Saban. He’s too good. I think College Football needs to file an anti-trust suit against Alabama at this point. They’re too good. Nick Saban needs to be forced to leave. To accept a new challenge at a program that doesn’t have the presitige, the recruiting hot bed, the money, the facilities, and everything that allows Alabama to have a monopoly on winning. Nick Saban should have to go to like BYU. Get a bunch of 24 year-old white dudes and Samoans. If you win there then so be it.

Just leave Notre Dame alone. They’re fine. They’re not the bad guy here. The Irish went undefeated and qualified. It’s not their fault. It’s that Alabama has ruined college football. I suppose Clemson should be mentioned in this since they’re the team that smashed ND. They’re Bama-light. We should stop blaming Notre Dame and just got back to the BCS system.