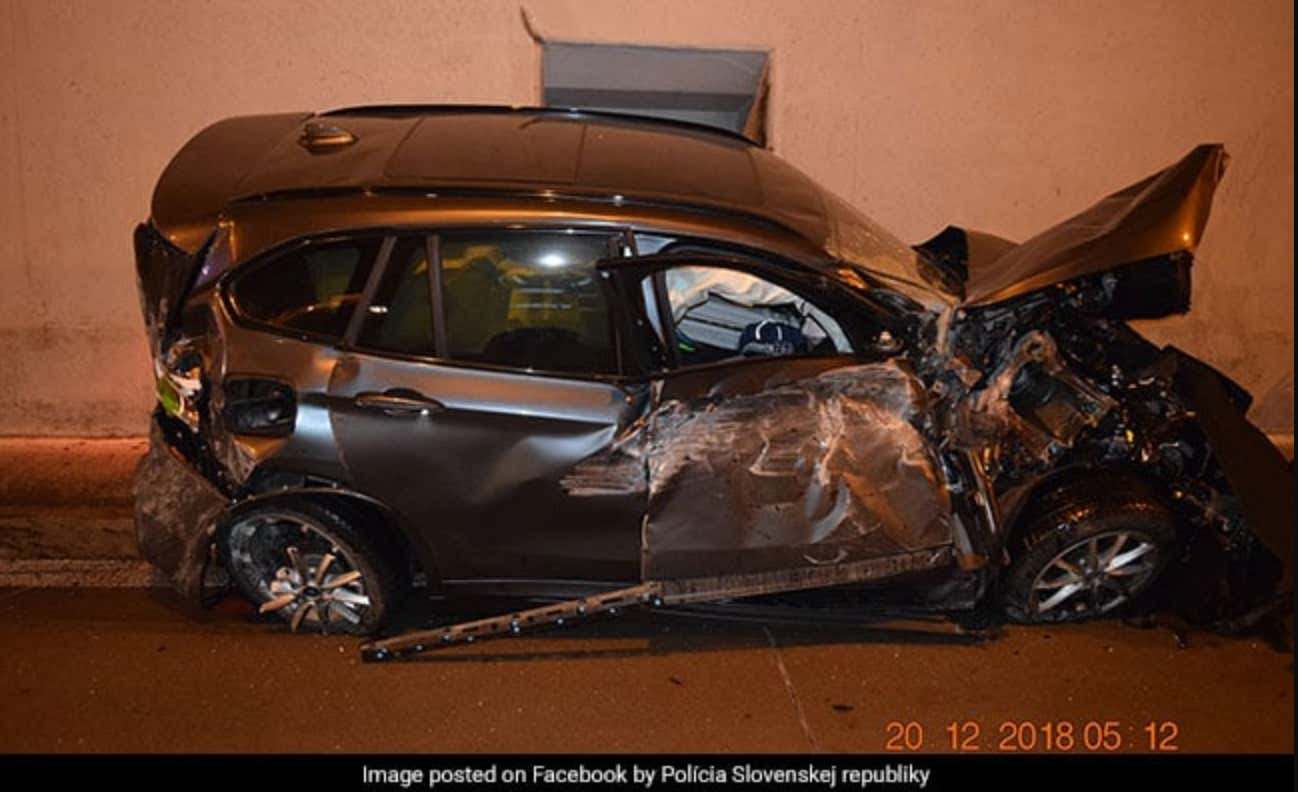 SLOVAKIA (WKRC/CBS Newspath/APTN) – A driver in Slovakia survived a spectacular crash when his car mounted a ramp on the road’s hard shoulder and surged upwards before flipping and falling back down onto the road. Slovak police said the 44-year-old driver sustained only minor bruises when his BMW car crashed ahead of a tunnel on Thursday. Police said the man tested negative for alcohol and appeared to have fallen asleep at the wheel.

If you’re gonna fall asleep at the wheel and crash your car, that right there is the best case scenario. He wasn’t drunk, he didn’t suffer any major injuries, he didn’t hurt anyone else, he didn’t kill anyone and, most importantly, the video is epic. That video is what Grand Theft Auto XXVI is gonna look like in 50 years when the graphics just look like real life. I used to spend a lot of my free time as a kid driving around Liberty City in a Banshee looking for things to ramp off of. That guy found a sick concrete barrier and made the most of it (accidentally but still). And yeah the dude’s car is totaled and he’ll probably have neck pain for the next few weeks/months but he’s alive and he can show that video to everyone he ever meets. He likely can’t laugh about it now but one day he will.

I don’t know why but that made me chuckle. Jeffery Kiley fucking hates the Kardashians and their BS.