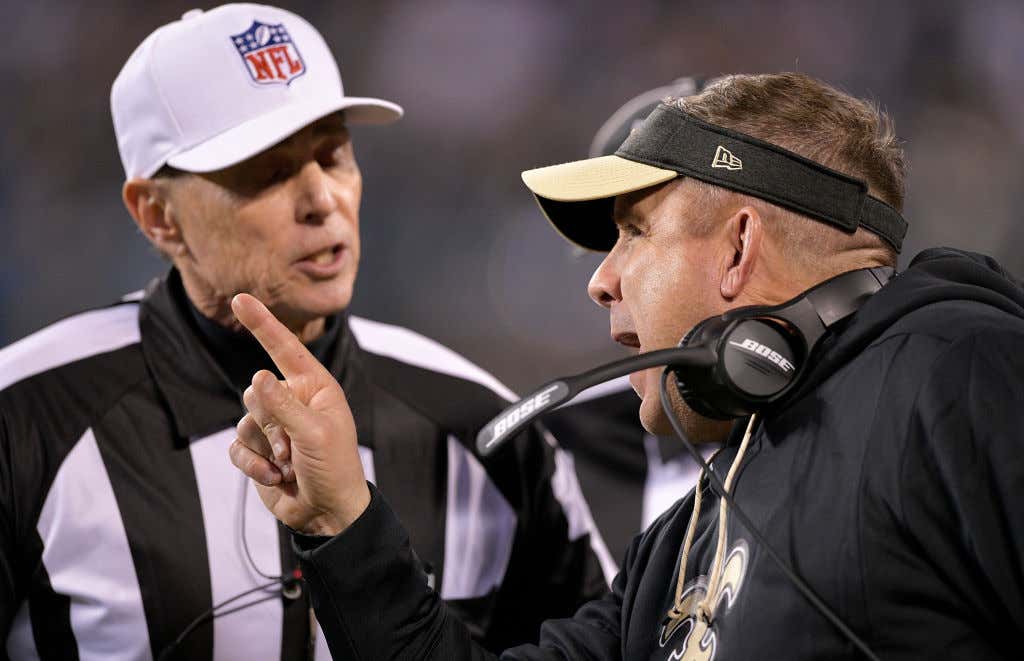 What happens when your entire offensive line collapses due to injury and you only have FIVE healthy offensive linemen left on the entirety of your roster? You tell the NFL that if they really cared about protecting their players, they would increase the number of eligible players on the game day roster.

“The 46-man roster on game day is soon to be, I think, will be soon dated. I think that’s gotta change,” Payton said. “If we’re interested in health and safety — and it sounds like we are; at least that’s something we talk about a lot — that number should be higher. And that’ll affect the overall roster size. And that might cost a little bit more money, but that’s the price.”

Payton isn’t advocating for all 53 players on the roster to be active on game day, just more than 46. The problem is the 7 inactive spots currently on the roster are reserved for injured players or players who just aren’t quite ready to play, so this is where the cost will increase. And as we all know, there’s nothing owners love more than paying players more than they absolutely need to, so I’m sure this is going to be a readily-solved problem.

This isn’t the first time we’ve heard Payton suggest a roster increase, but you gotta respect a man who uses their campaign strategy against them.  “If you’re REALLY interested in safety, if you REALLY care about the health of the players like you say you do, then you’ll make the change.”