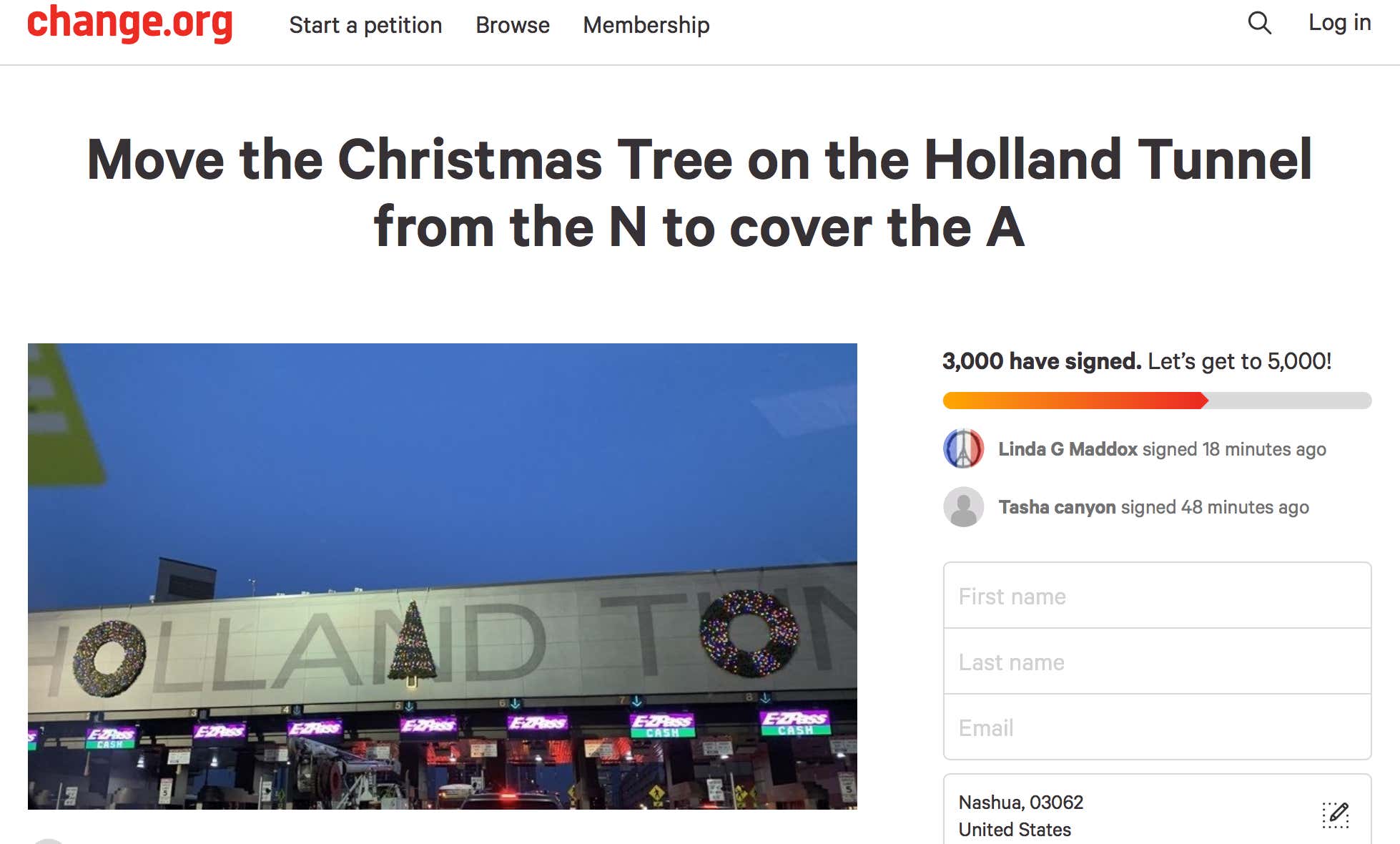 Cory Windelspecht started a petition to move a Christmas tree wreath from the “N” in the Holland Tunnel entrance to the “A.”

This one small thing triggers anyone with the slightest hint of OCD every time they enter the city.   On top of that, it’s just unsightly and ruins the holiday festivities for people to enjoy on such a great piece of architecture.

I am asking you to join with me in asking the Port Authority of New York and New Jersey to move the tree decoration over from the letter N to cover the A. This is the time where ALL PEOPLE should be celebrating and have an opportunity to enjoy the decorations and festivities. This country is divided already, let’s start doing things to bring us back together.

Well, I’ll tell ya, I bet if everyone knew the way to re-integrate society and put an end to this insane division we have amongst one another – the crazy libs vs. the racist republicans – was by demanding change in holiday decor, we all would’ve done it. But we didn’t. Cory Windelspecht did it. His holiday was being destroyed by “the man” and he pulled together thousands of people in support of making the Holland Tunnel  architectural wonder beautiful again. 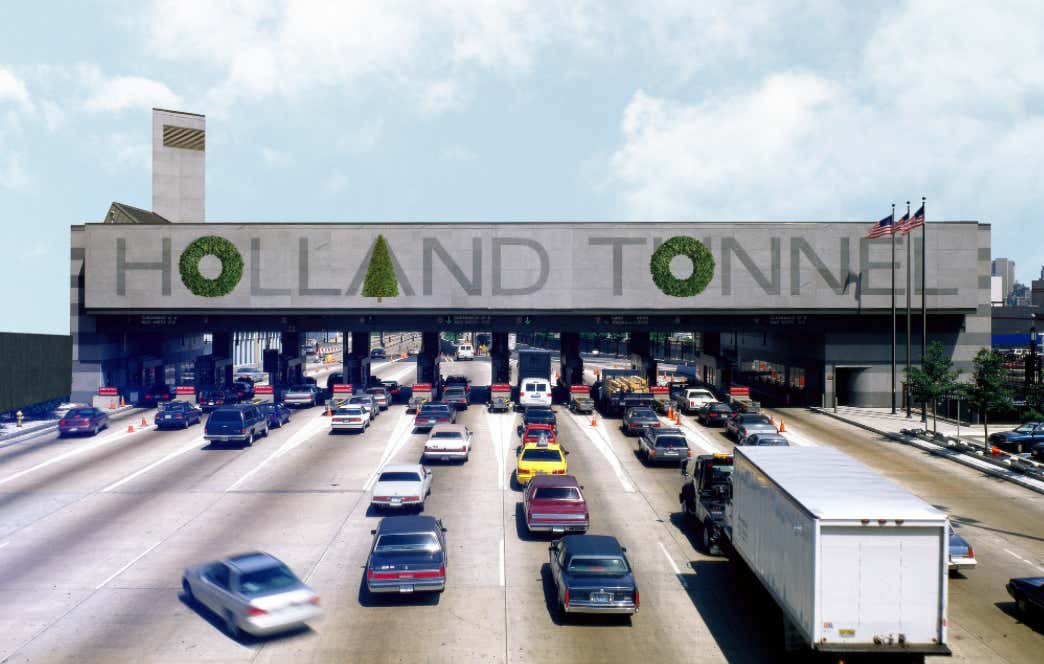 It’s because of Cory Windelspecht that change is happening. Because of ONLY one person a Christmas tree wreath that has been in the same devastating location for decades, will be moved to cover the letter “A.”

The Port Authority was moved to act, and on Wednesday, it announced a five-day poll to let the public weigh in. More than 21,000 votes were cast, Mr. Cotton said, with 42 percent of voters choosing to shift the tree and jettison the wreath.

But this isn’t just about the tree. This is about something so much bigger: bringing our country together. Now, most people will tell you they don’t give a shit about holiday decor, that they’ve literally never given it a second thought, but they probably don’t have the intellect of Cory Windelspecht. It’s likely they are the same people that will tell you one person can’t make the difference. That a zebra never changes his stripes. That you can’t teach an old dog new tricks. People are wrong. Thousands of OCD lives have already been improved from a simple petition, but the real beauty here is the domino effects are limitless.

Many are calling it a Christmas miracle. Others are saying maybe-this-lunatic-shouldn’t-be-so-easily-triggered-by-a-Christmas-decoration.

Either way, I can already feel our country uniting. Happy holidays, folks.