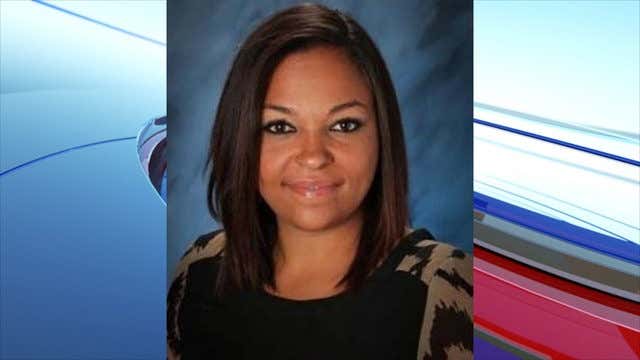 Idaho – A former employee at a southwestern Idaho school who texted inappropriate photos to a then-13-year-old student must serve at least five days in jail.

The Idaho Statesman reports 34-year-old Melissa Whiteley pleaded guilty to disseminating harmful material to a minor and was sentenced Wednesday. …

Whiteley was an office manager at Kuna Middle School when she first began interacting with the child.

The boy’s mother claimed in a lawsuit against the Kuna School District that Whiteley began texting her child, “including nude photos,” in 2017. The lawsuit has since been dismissed and there was no settlement.

And – Melissa Whiteley is a recent graduate of Boise State University, where she majored in English with a writing emphasis, which she uses to help develop her creative writing. She resides in the quiet suburbs of Kuna with her husband, Isaac, and their three girls.

An office manager? Office manager … let’s see. We’ve had an uptick in the number of school administrators, principals, assistant principals, guidance counselors and the like over the last year or so. As far as I can recall Melissa Whiteley is our first office manager. But that qualifies as a Teacher Sex Scandal.

In fact, I’m surprised we don’t have more of the ladies working in these roles. It’s got to be a difficult, thankless task working in those school offices. Doing every bit as much work as the teachers, but for a fraction of the pay and none of the glory. And until Mrs. Whiteley, none of the job perk that is sex with the students. Which has to be difficult. Spending your days organizing field trips, coordinating permission slips, checking the validity of all the tardy slips and doctors notes to make sure kids aren’t just cutting class. Then the teachers come in bragging about the bone sesh they had with their History student last night or the parking lot blowie they just delivered and a hot little minx like Melissa has to wonder where hers is. So she went out and got some. Good for her.

Welcome to the GtNSST club, Melissa Whiteley. Now that you’ve opened that door, here’s to many more office managers to come.

The Grades:
Looks: I like her. Brunette. Slightly crazy eyes. Sly smile with total DSLs. She’s like a middle class man’s, Upper Midwest, potato country Leah Remini. Take that as a compliment.
Grade: B

Moral Compass/Bad Judgment: Again, like former Miss Kentucky Ramsey Bearse earlier in the week, she drew the line at merely sending nude pictures to a 13-year-old who had asked for them. It’s not like she was banging one. Because she’s no lunatic. But she is a 34-year-old married mother of three. And admitted in court she did send jerk material to one of her students. So much so she’s actually doing time for it. This should make for an interesting Christmas in the Whiteley house.
Grade: B-

Intangibles: She’s putting the Ho in Idaho schools. All too easy.
Grade: A