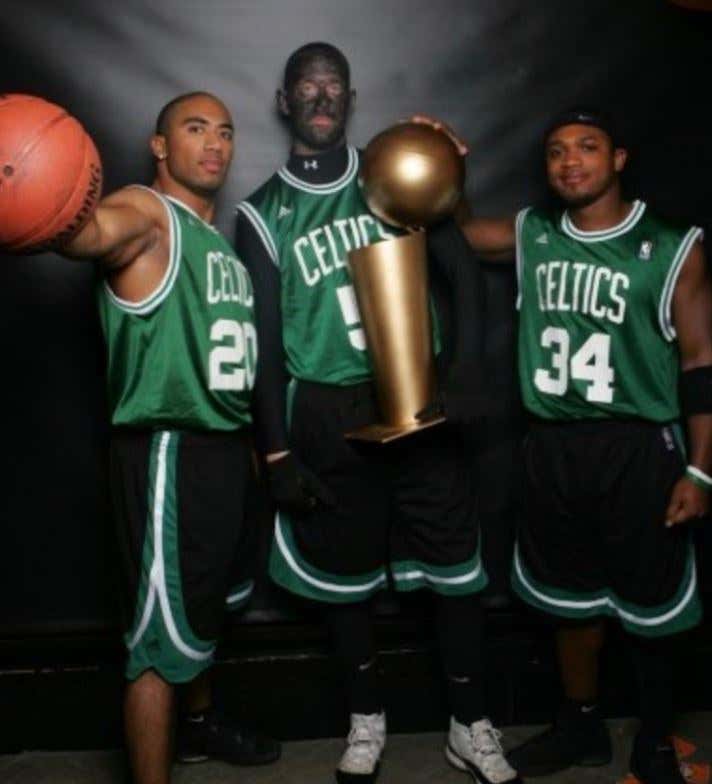 I wish I could delete this moment from the internet, but I can’t.

So I’ve been with Barstool Sports the longest of anybody here with the exception of Dave. My time in the spotlight was bound to come and it has arrived. Roughly a decade ago after the Celtics won the NBA title I went to a Halloween Party dressed as the Big 3 (Piece, Ray Allen and KG) with my 2 best friends (both who are African American) Since I was the tallest in the group I was obviously Garnett. Without giving it any thought I sharpied my entire face black. I wish bells or whistles went off in my head telling me not to do it, but at the time I honestly had no clue how offensive it was. I honestly didn’t. I know I sound like an idiot but I had no clue I was doing anything wrong. Neither did my friends or really anybody at the party. You can call us all idiots which is fair, but as the years went by it became more and more obvious that a white dude donning blackface was an absolute non starter. I spoke with Willie Colon about it who was rightfully disgusted by the photo and I think we got to a place where he knew it was not out of malice. Listen the bottom line is that a decade ago I fucked up with my costume at a Halloween party. Anybody who knows me including my best friends who were part of our costume knows it was out of pure lack of knowledge/ignorance on the sensitivity of the subject, not hatred.  I wish I didn’t do it.  I apologize to anybody I offended and learned a valuable lesson. That’s really all I can say about it. I can’t erase the past like some other companies do. I can only learn from my mistakes.