Who does Gehrig Dieter think he is? Saying cruel and vicious things like, “I just think if you’re an MVP candidate in this league you should be able to hit a wide-open receiver running on the field. And I mean, it’s pretty upsetting to me. But obviously he’s having a great season.” Oh is it obvious Dieter? Sure doesn’t sound like YOU think it’s obvious. And how cocky do you have to be to walk around with a name like Gehrig anyways? Does he think he’s the next Iron Horse? Does he think he’ll end up with 6 rings?  Patrick Mahomes sure doesn’t think so: “I told him when he comes in for Tyreek, he has to report in. It’s a little different speed, man.”

And as if criticizing Mahomes wasn’t enough, for Dieter to STEAL his quarterback’s haircut and barber, well that just crosses the line. “I think he stole the haircut. He says he got it first. Don’t tell him, but he started going to the same barber as me, right after me.” 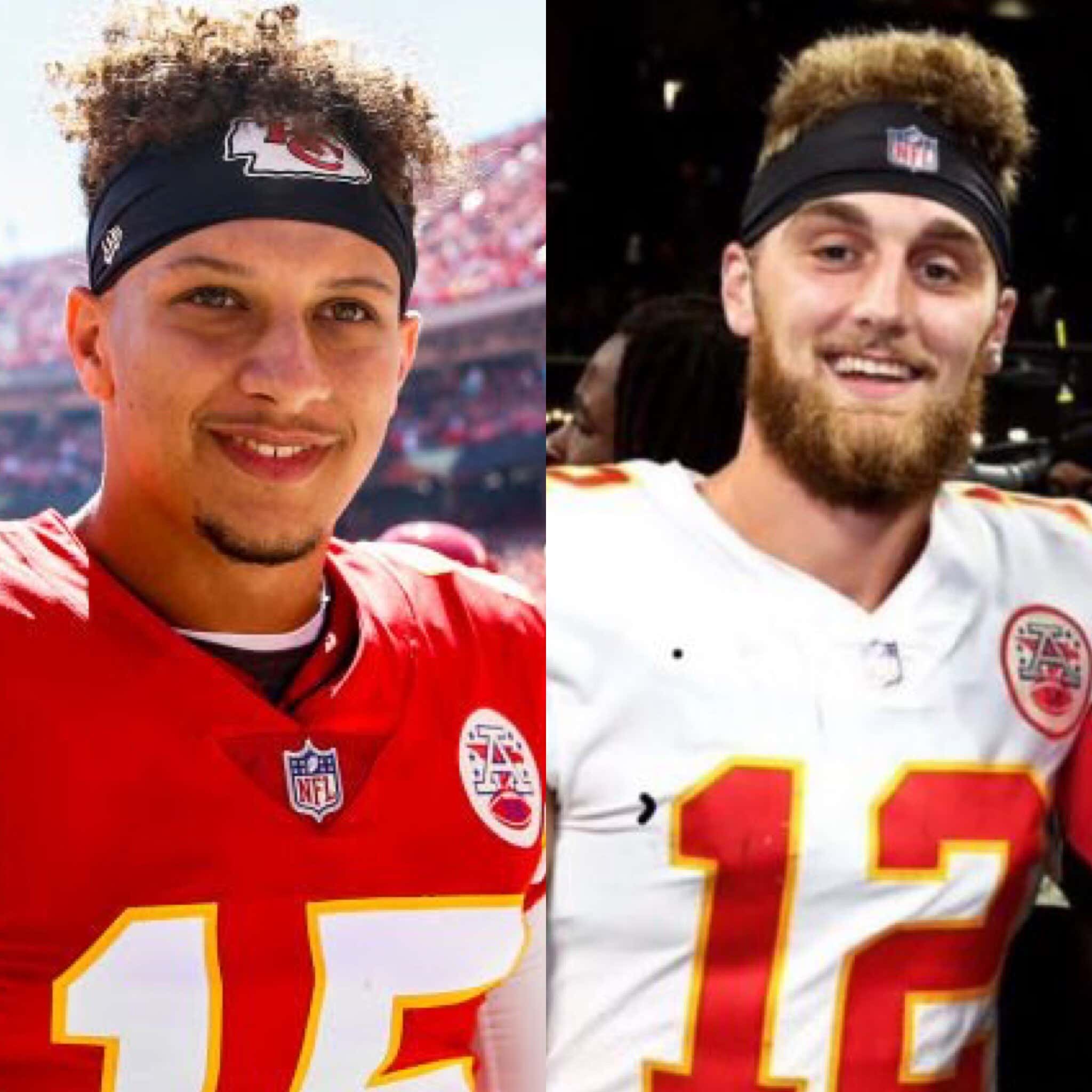 Everyone knows the barber is sacred. Everyone knows you steal another man’s wife before you steal his barber. This is truly shocking. While I’m not one to condone violence (and as such I won’t condone it), I sure hope Mahomes beats the shit out of Dieter before he comes after him.

“We have ongoing beef with each other. I mean hopefully it doesn’t progress into anything physical but you never know with that guy.”

I hope it does progress. I hope this locker room drama is elevated to the next level. I hope these two get in a fight so epic, Geno Smith’s jaw won’t know what hit it. The NFL could use more of this real, authentic, hate-driven beef – that’s not all adorable or endearing – between teammates.