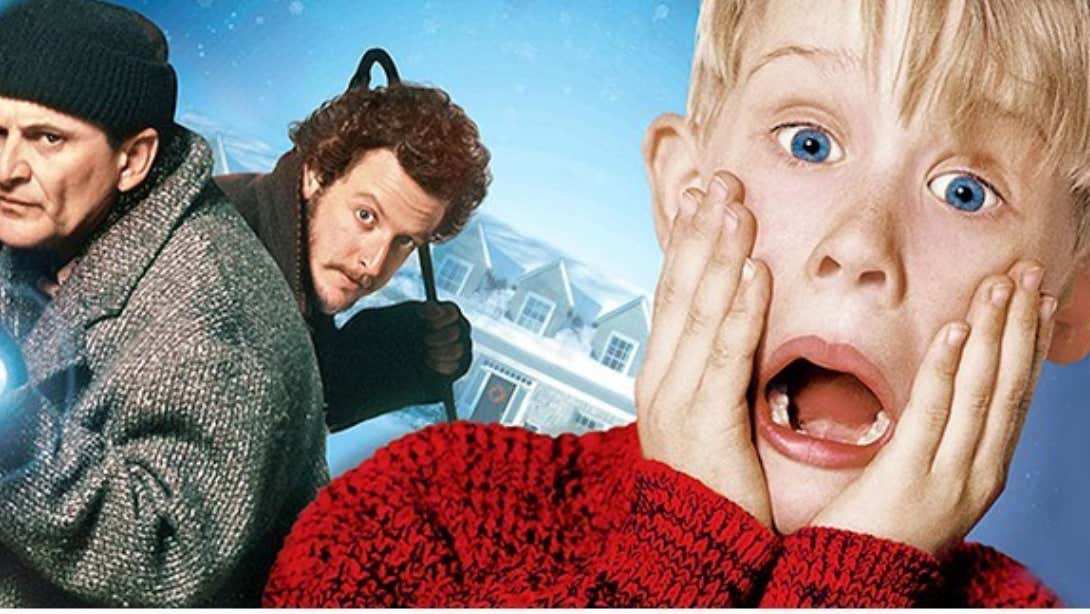 Home Alone is one of those movies that everyone and their mother has seen. Emphasis on their mother. This movie came out in 1990! I wouldn’t be born for another six years when this movie came out. Still, I’ve seen plenty of movies that came out before I was born, namely every other John Hughes movie. Did you know John Hughes wrote Home Alone? I did not. You know, John Hughes is from my hometown and went to my high school. But I digress. I guess I just didn’t feel like Home Alone was a movie that would be entirely worth my time.

Regardless, from what little I know about Home Alone, I’m skeptical as to why people like it so damn much. So, somehow, a kid gets left home alone. Big deal, that happens to me every time my roommates are out. You’re not special, kid. Actually, I vaguely remember someone saying that his family accidentally leaves him at the airport or something? Maybe? Anyways, he’s home alone. He’s what, 8? He’ll be fine.

Except then, some dudes come and I think try to rob the house. Instead of calling 911 like a normal person (or maybe he does, who knows) he sets up traps to try and what, kill the robbers? From what I’ve heard, the traps are pretty intense. Which is fucked up. And somehow this is supposed to be a family movie? And a CHRISTMAS family movie! Really not putting the Christ in Christmas here, folks. How many children watch this movie on Christmas with their families and fantasize about being left home alone so they can go to juvie for attempted murder on some robbers? Fucked up.

I probably won’t ever see this movie, but I have a pretty good handle of what goes on, so I don’t need to. Maybe one day I’ll be forced to celebrate Christmas with a boyfriend who grew up watching Home Alone every year and I’ll sit there and pretend I enjoy this dumb movie, but otherwise I see no future between this film and myself.