This is my favorite running storyline in politics minus the whole people dying and funeral part. George W. Bush can’t stop won’t stop giving Michelle Obama candy at funerals. It’s incredible. The best part is that he doesn’t give the candy to anyone else. Michelle is the only person Dubya has deemed worthy of his Werther’s Originals. Donald? Nope. Melania? Nope. Barack? Nope. Michelle. HERE YA GO GURL! It’s a nice little interaction in an otherwise icyyyyyyyyyyy pew. Everyone else in that row hates each other’s guts in literally historic ways. Not Dubya and Michelle. The love between them has never been stronger. I’m not gonna go as far as to hope for more funerals so we can see more candy-passing between the two of them but I do hope they keep this up forever. What a duo. 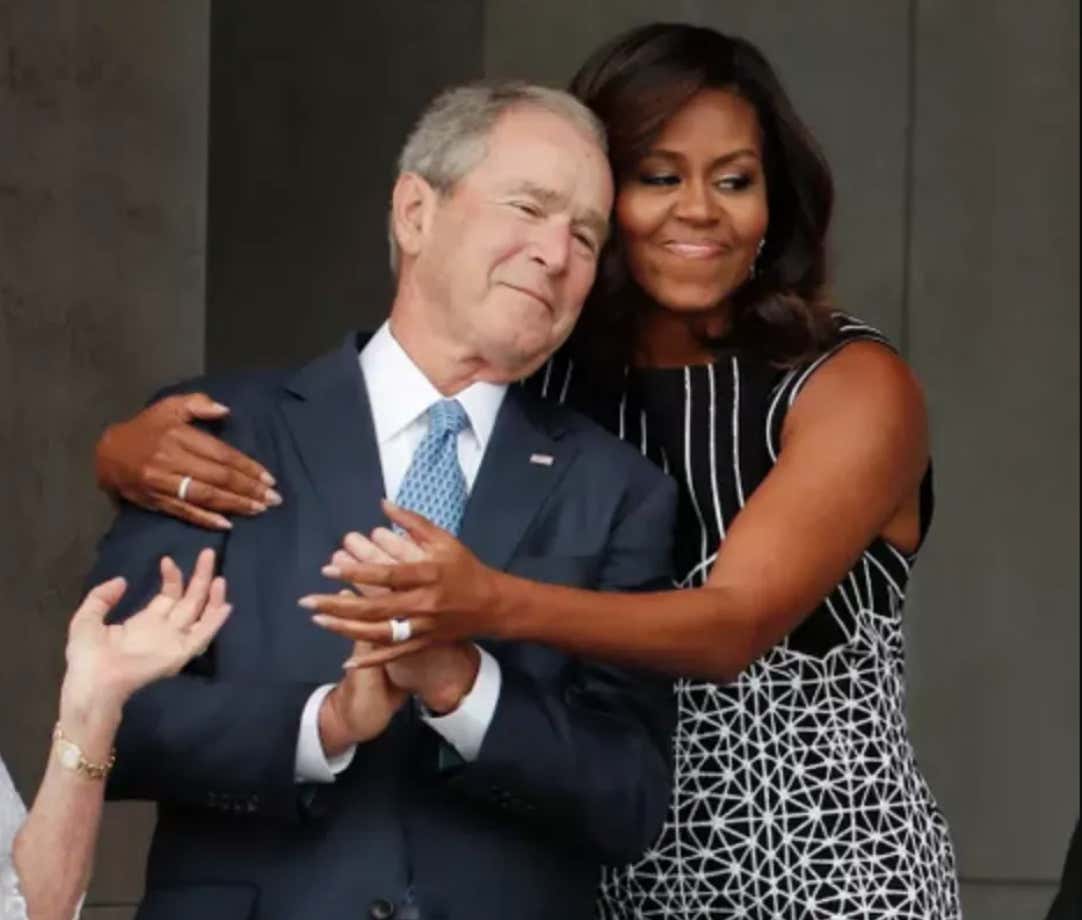