Up 24-7, with just under a minute left in the half, the Buckeyes fielded a punt and got the ball back on their own 15-yard line. We had two options. Should we play it safe and focus on winning the game? Or should we try and impress the playoff committee? Urban Meyer decided to run the ball one time and take it into the half. 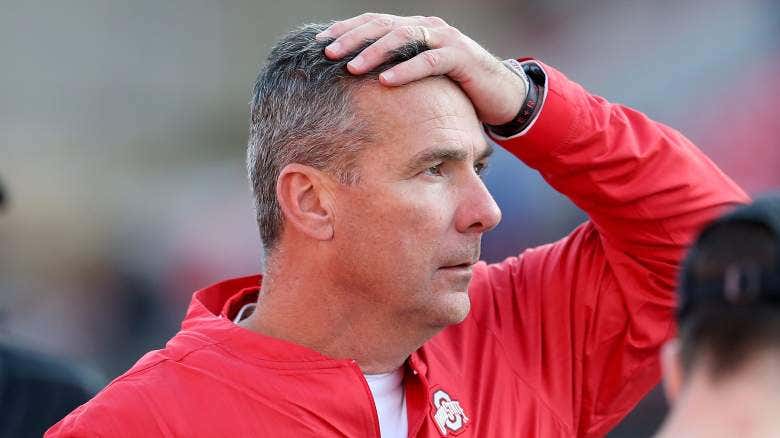 All year I have defended Urban Meyer’s decision making, but I cannot stand by him here. It is now clear to me that he was content with a Big Ten Championship and a trip to the Rose Bowl. He wanted no part of that playoff, and he showed that tonight. And can you blame him? The Buckeyes are a pretty good team. 12-1 and Big Ten Champions is nothing to hang your head about. Most programs would call it the greatest year in program history. And I honestly do believe that we would beat Notre Dame and Oklahoma if given the opportunity. But that’s not who we would see in the playoff. We would see Alabama, and they would be seeing triple digits on the scoreboard. Our defense is terrible. That’s why Maryland put up 51 on us. And that’s why Purdue beat us by 29. So do we really want to get beat 145-0 in the semifinal like we did against Clemson two years ago, or would we rather go beat Washington in the Rose Bowl and finish the year 13-1? 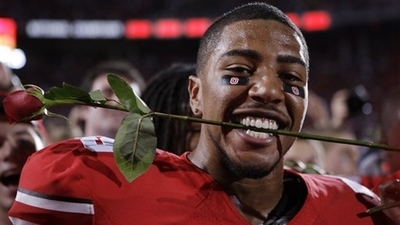 I mean, not only did Urban choose not to try and score before the half, he also chose not to rally the troops at halftime either. He could’ve went in there and faked a heart attack, but it appears he went in there and told the Buckeyes to piss down their leg. Up 24-7, how do you not come out hungry and looking for blood? To me, there’s one reason. We wanted nothing to do with these guys. 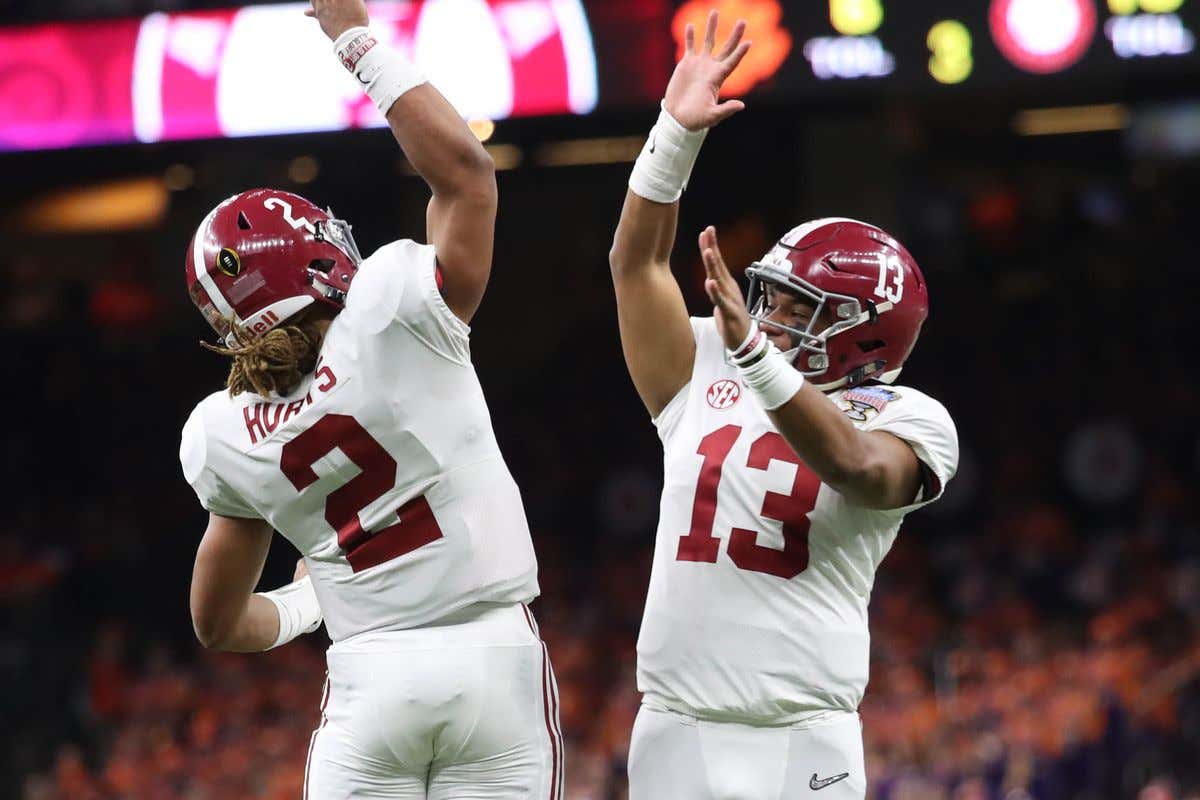 Again, I don’t blame him. We would’ve needed a dominant performance to get the opportunity to get smoked by Bama, and to me, a 45-24 win just doesn’t get the job done. So there you have it. No, there shouldn’t be a discussion. Oklahoma avenged their only loss of the season, and Ohio State barely squeaked one out against nerds wearing purple. And as long as we’re only taking 4 teams (which is wrong), Ohio State should be the odd team out here. But let me be clear: it’s Oklahoma that deserves to be in the playoff. Not UCF. And definitely not Georgia. I almost fell out of my seat tonight when Kirk Herbstreit came on the air and said that Georgia, who LOST today, should MOVE UP to #3 tomorrow afternoon.

Gosh this dude pisses me off 24/7. How do idiots like him get paid to give their opinion? Sports media has completely gone to the shitter. And if the SEC gets two teams in tomorrow, then college football has gone to the shitter, too. 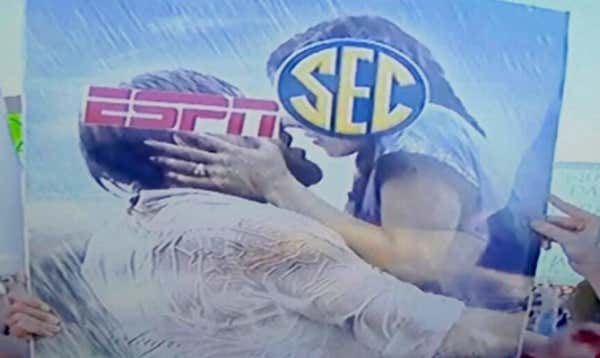 No chance that happens, right? But anyways, congrats to me and my Buckeyes. Winning back to back Big Ten Championships is quite an accomplishment. And Dwayne Haskins performance tonight, as well as his last three games, haven’t been too bad either. 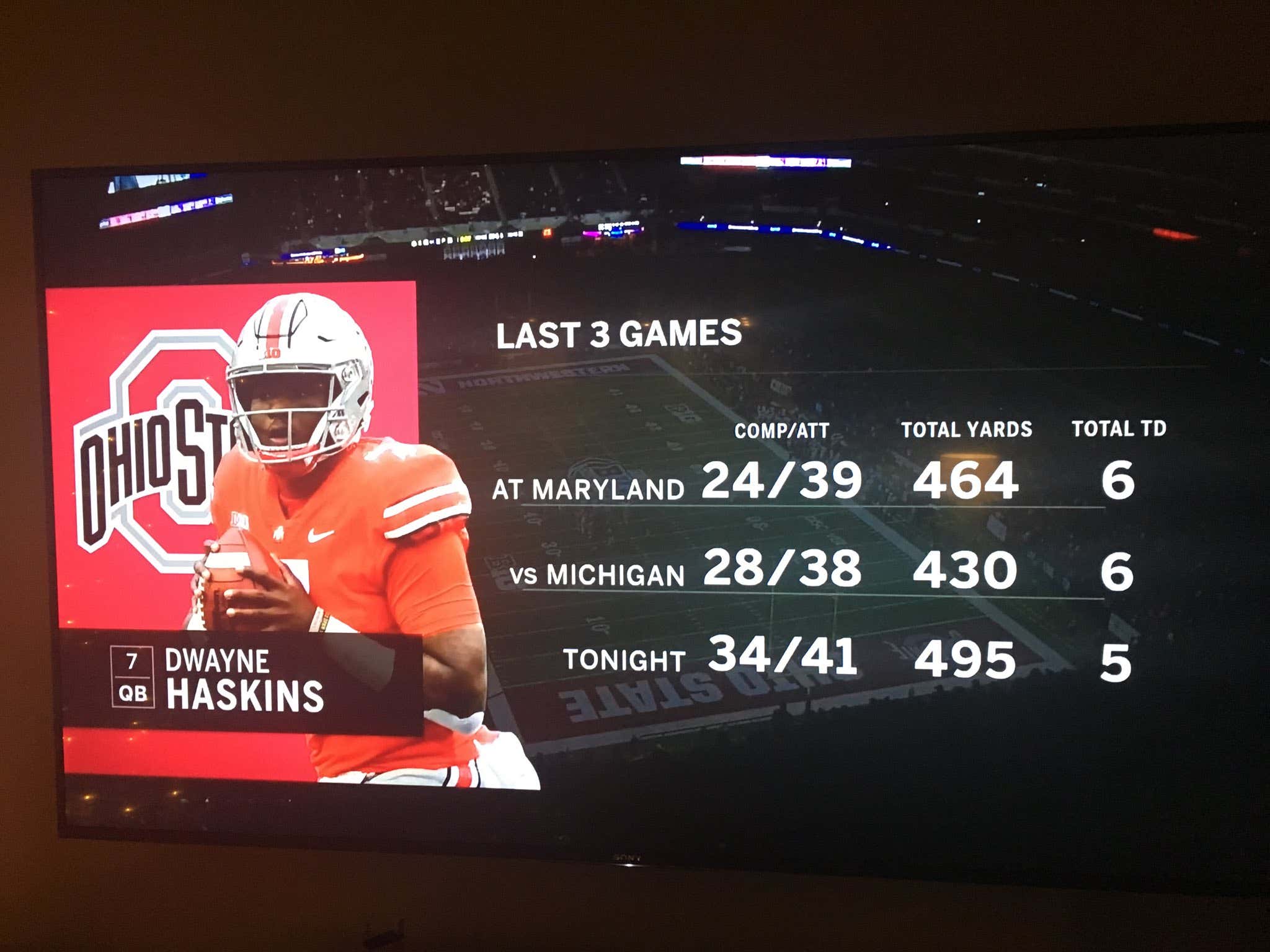 Not a bad year for the Buckeyes. 12-1 and heading to the Rose Bowl. Just wish this felt better. Side note: Does anyone know how far of a drive it is from Santa Clara to Pasadena? I’ve had my flight and hotel booked since August, and it looks like we won’t be playing there.