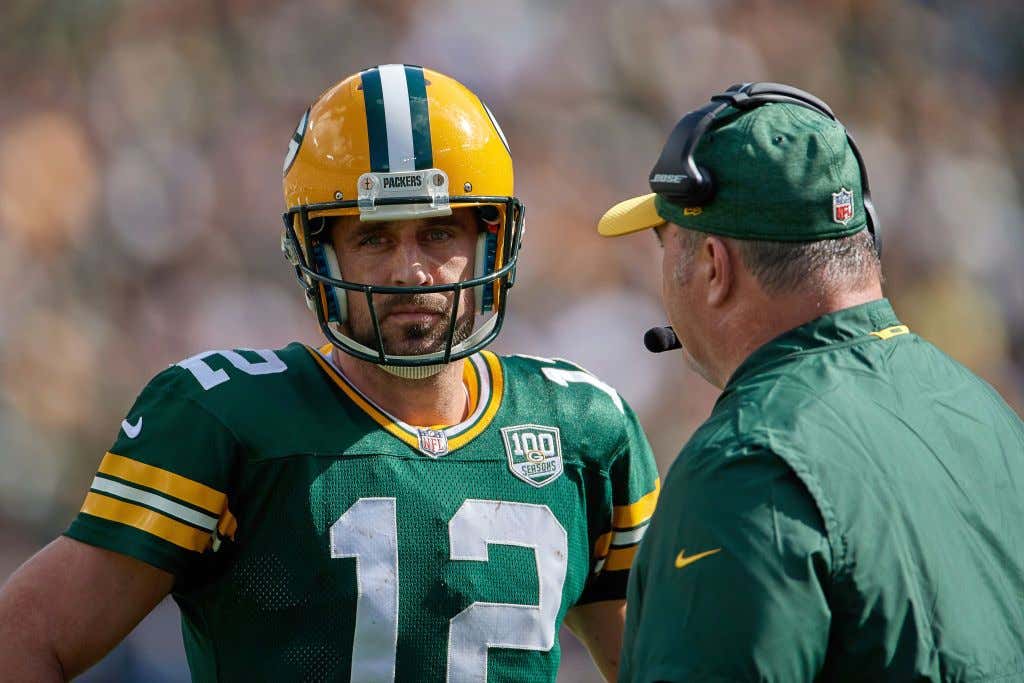 In case you missed it, my good friend Jerry Thornton wrote a blog entitled “There’s ‘Tension’ Between Aaron Rodgers and Mike McCarthy and Playing in Green Bay is ‘No Fun.'” I’m not here to rebuke any of his statements, especially not this cleverly written, not at all sarcastic, truth:

I have to say I’ve never heard of anything like this in a successful organization before. It’s unprecedented. So there’s no other conclusion you can possibly reach other than Green Bay is done. Because there’s just no way a team could recover from such a thing. I mean, it’s not like you can have friction between a couple of alphas who have been working together for a long time and just bounce back from that. Work out the differences like you’ve done in the past and … I don’t know … win 72.7 percent of your games and be in position for a bye week in the playoffs or something. That’s asking the impossible.

Instead I’ll say thank you to my favorite Patriots writer and use his blog as the perfect bridge to my conspiracy theory.

Here’s the thing about conspiracy theories: they can often be quite radical, delusional, elaborate explanations of a truth that seems too simple to be true. In short, I love conspiracy theories and I’ve been sitting on this one for quite a while.

I first brought it out about a month ago to my fellow Packers fans, Hubbs and YP. Hubbs was initially very apprehensive, but once I presented some facts he thought, “Hmm… that may actually be something.” YP was down from the get-go. Their allegiance leads me to believe I’m right…

The palatable tension between Mike McCarthy and Aaron Rodgers isn’t just about this season, it’s not just about the play calling, nor is it a simple power struggle between two alphas. The reason their relationship is strained is because back in 2005 when Mike McCarthy was the offensive coordinator for the 49ers, he supported Alex Smith as the team’s #1 draft pick, not Aaron Rodgers. 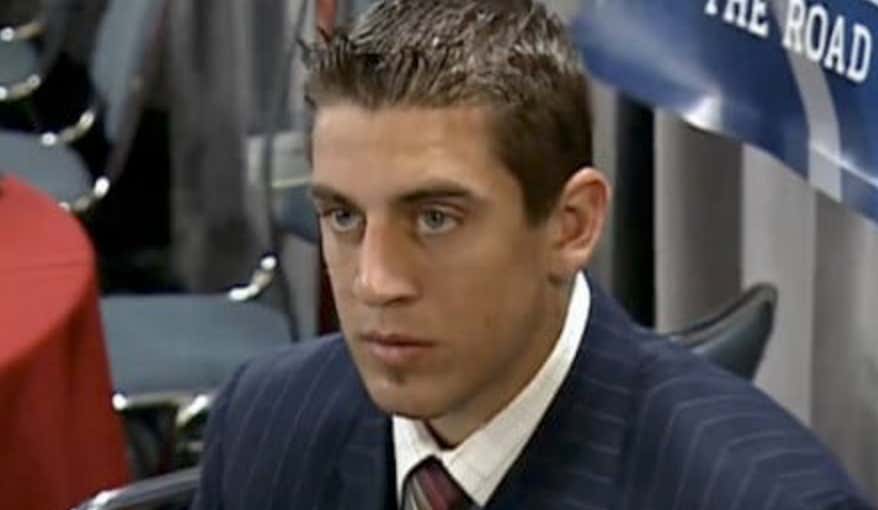 It was partly because of McCarthy that Rodgers sat in the draft room, disappointed and anxious, as he waited through 22 additional picks until his name was called. His dream of playing for the team he grew up rooting for and admiring was crushed. The chip on his shoulder grew heavier. 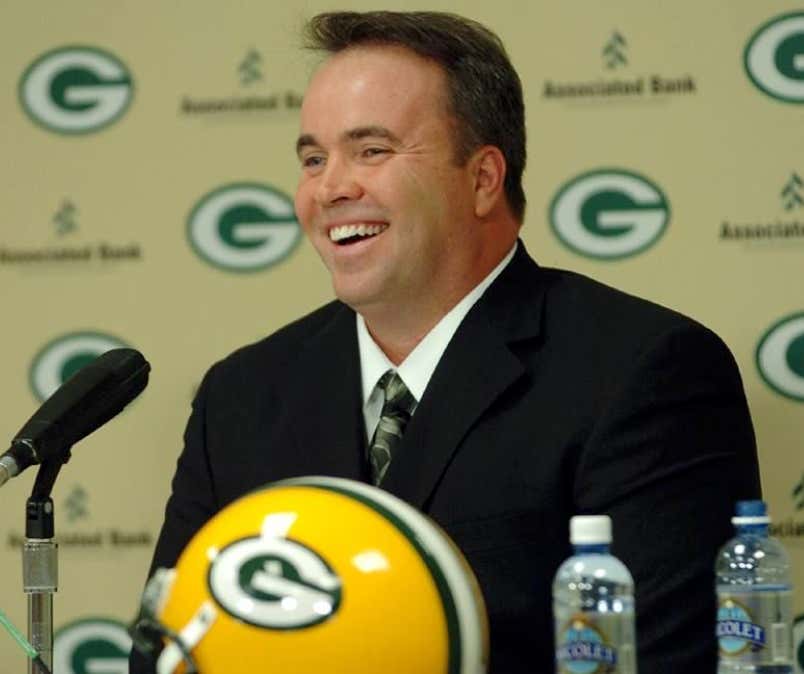 A year later, Mike McCarthy became the head coach of the Green Bay Packers. So now Rodgers is on a team with a beloved, star quarterback and a head coach he KNOWS didn’t believe in him enough to draft him. The chip grows heavier. 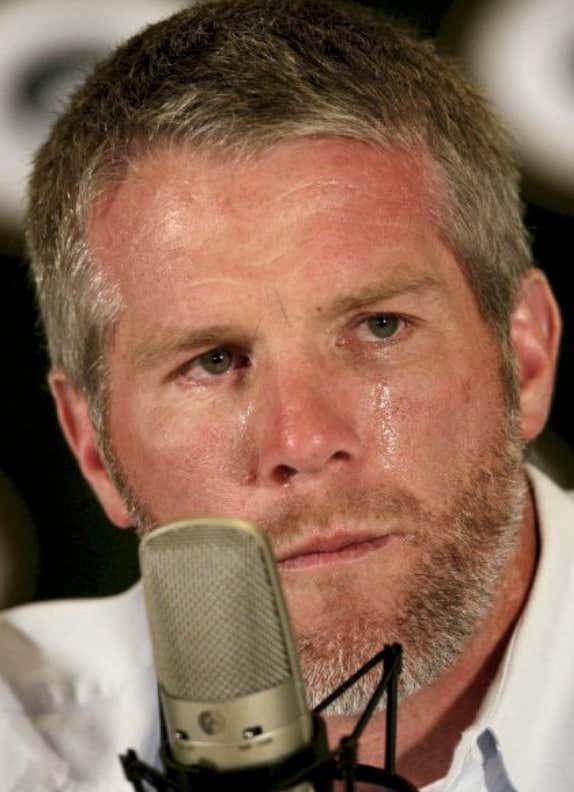 Two years later, Brett Favre “retires” and Rodgers takes over the Pack, but he would never let McCarthy forget that once-upon-a-time, he chose Alex Smith over him because Rodgers “dumped it off too much at Cal.”

He reminds McCarthy in some way every season that the coach, then with the 49ers, drafted Alex Smith (then with the Chiefs) ahead of him in 2005. “We play Kansas City in Week 3,” says McCarthy. “We won’t make it through the first half of that week without him saying something. I’m certain.”

Rodgers’ ex-teammate, Greg Jennings, who just LOVES to talk shit about the man who brought him his only Super Bowl win, has said…

“Sometimes it’s like: ‘Aaron, come on, man.’ He holds on to things longer than you would hope. He definitely has the mind-set of being slighted.”

Of course he feels slighted! Of course he feels like “this guy didn’t want me then, and now he just gets to take all the credit for the work I put in.” Mike McCarthy was part of the group that didn’t want him, the group that chose someone else over him. You don’t forget that. You don’t ever forget that. I bet you still remember the first girl/guy that broke your heart. You will never, ever, for the rest of your life, forget that feeling. The feeling that someone had a chance to be with you, and chose otherwise. So hell yeah all these years later Aaron Rodgers still feels them! Of course he has harbored resentment towards Mike McCarthy!

Now thanks to the decision the 49ers made in 2005, every time McCarthy makes a mistake, it’s not just that mistake that Rodgers sees. It’s Alex Smith walking across the stage, taking what he wanted, what McCarthy kept from him. 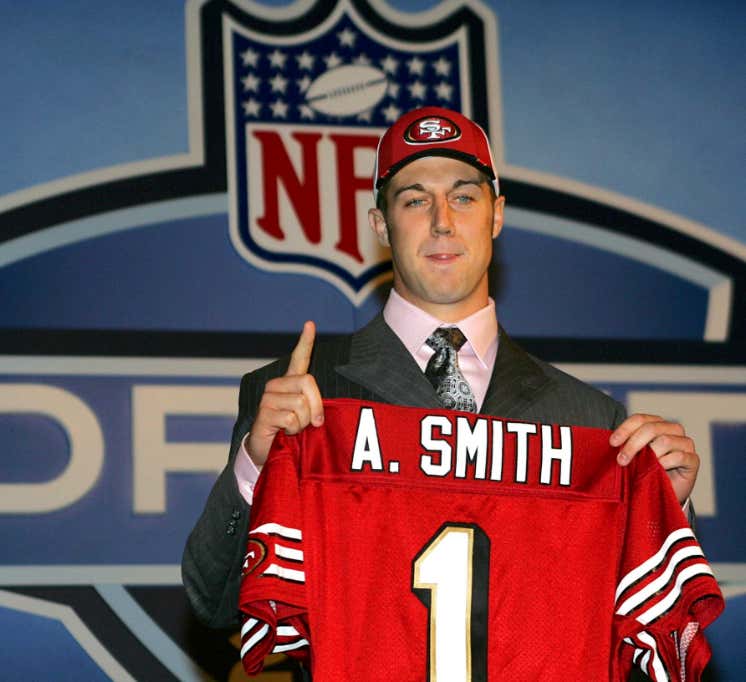 Frankly, I’m shocked the drama between coach and quarterback was quietly tucked away as long as it has. But hopefully come 2018 we can all give ol’ Mike McCarthy a Go (away) Mike Go and put this doomed-to-fail relationship to rest.