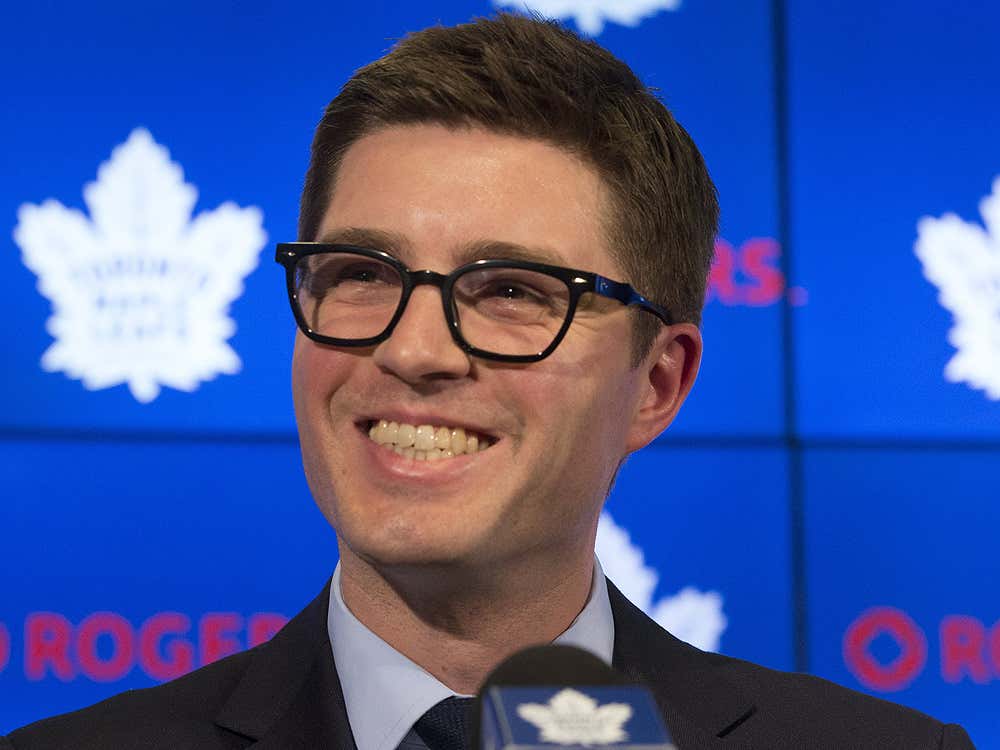 If Kyle Dubas wants to talk to the Flyers about a potential William Nylander trade while the team is currently in between General Mangers, then he can speak directly to me. And what I’ll tell that little nerd is to get lost.

Is William Nylander a solid player who can probably put up 80 points in the National Hockey League? Of course he is. I’ve never once said that I don’t like Willy as a player and I think the Flyers could really use a player of his caliber and skillset. Granted, he’s never really proved that yet and even though it’s still super early in his career, his career high is only 22 goals. But anybody who has watched him play knows what he is capable of. I’d love to have a player like Nylander on the Flyers roster. However, only at the right price.

But the fact that Kyle Dubas thinks that he can come in right now while Paul Holmgren is the defacto guy in charge leads me to believe that he thinks he can pull one over here. There’s not a doubt in my mind that Kyle Dubas has his eyes on Shayne Gostisbehere and Ivan Provorov right now. The thing the Leafs need is to add another top 4 defenseman Provorov has a ceiling of a true #1 guy, while Gostisbehere has the game breaking speed and skill to be a 2. I know that Flyers fans love to bitch that Ghost isn’t consistent enough or that he hasn’t “matched the production from his rookie year” but you have to keep in mind that Flyers fans are incredibly dumb right now. This franchise has turned all of our brains into mush. Gostisbehere is a one-man breakout who can force the opposing team to be on their heels the moment he touches the puck.

Provorov is having a down year and it looks like he’s just trying to do too much to compensate for how shitty the Flyers have looked at times. But as soon as he settles back in mentally, he has Norris potential. There are like 5 guys in the league right now who I would trade either 53 or 9 for right now and all of them will be future Hall of Famers. McDavid, Matthews, Laine. Those kinda guys. The type of guys who only come around every 5-10 years. But William Nylander? I mean you can find yourself a William Nylander type of player in the top 10 of any draft if you get lucky.

I’m just really nervous right now that Dubas is having conversations with the Flyers about Nylander and the only person on the phone talking to him is Paul Holmgren. I mean I get that he has to reach out right now considering we’re 24 hours away from the deadline for Nylander to sign before he’s ineligible to play for the rest of the season. But the timing on this couldn’t be worse. Hopefully Paul Holmgren decides that today is the day that for the first time in his life, he uses a little restraint and caution. If Shayne Gostisbehere or Ivan Provorov are involved in any of the conversations for Nylander, you hang up the phone right away. Because the Leafs don’t need Nylander to be successful. He can spend the rest of his career at home in Sweden and Toronto will still be a wagon. But for the Flyers to get rid of one of the only two legitimate studs they have defensively right now? That sets this team back another 5 years.

So again. If Dubas wants to talk to Philly about Nylander, then I need somebody to give him my number. We can have a little chat. And it’ll end with me calling him a nerd and threatening to give him an atomic wedgie if he ever steps foot in Philadelphia. (unless, of course, they’re open to trading for anyone else besides Ghost or Provy. In that case, I’m totally on board and no wedgies will be given).