Have you guys seen this shit?? I feel so betrayed, so lied to, so deceived, so led on. This is like finding out Santa isn’t real, or finding out your dad has a second family. It’s the dark, seedy underbelly of food that no one needed to know. Just like how no one wants to know how the sausage gets made, no one needs to know what goes into those mouthwatering food photographs we all love so much. 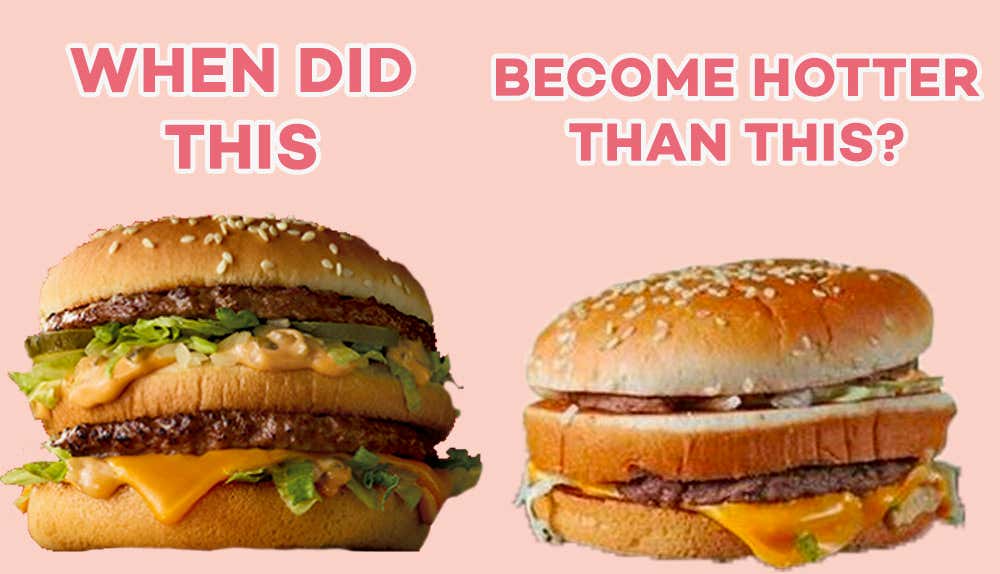 The worst offender was definitely the pancakes. I can’t tell you how many iHop ads I’ve salivated over in my lifetime. Finding out they’re propping up pancakes with cardboard? And then pouring motor oil on it instead of syrup? Or how about that ungodly mix that creates fake ice cream? Or the fact that they appear to soak tampons in boiling water to create steam for food? All of this is a nightmare and you can’t tell me differently.