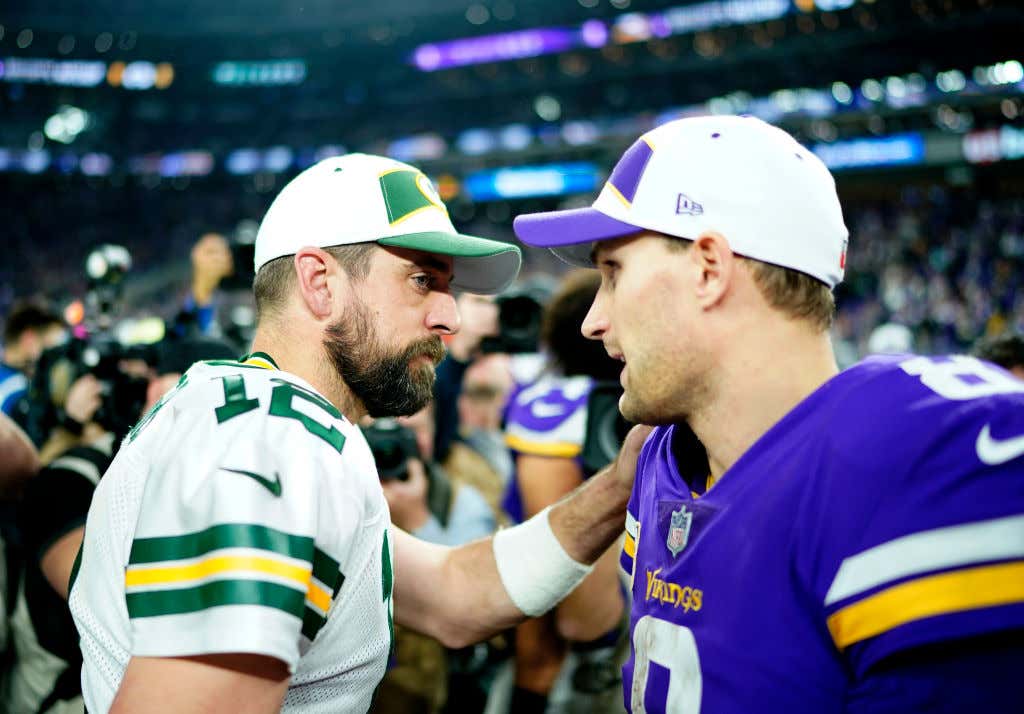 Well, it’s been real 2018, but unfortunately this season was simply not meant to be. The Packers stink. Like can’t-win-on-the-road-to-save-their-life stink. Like it’s week 12 and the Packers have only won 4 games. FOUR. They have only won more games than the Niners, Cardinals, Giants, Raiders, and Jets. So essentially, the only teams the Packers have a better record than are teams that are either completely rebuilding, struggling with QB play, poorly run, or just plain trash.

Not this Green Bay. This team had high expectations coming into the season. This team was a Super Bowl contender. Aaron Rodgers overcame a terrifying, hold-your-breath injury against Chicago, and that was it: proof that this team could not, would not be stopped.

Except tonight they made the Vikings look like a team that wasn’t just dominated by Chicago’s defense. Kirk Cousins threw 3 touchdowns with zero interceptions.

Nope. Sure don’t. But to take something away from Cousins because I’m presently quite bitter… how could he not throw 3 TDs? Minnesota receivers were open pretty much all night! Dalvin Cook for the first TD. Stefon Diggs in the 2nd quarter. Thielen like 3/4 times before the half, and then like 18/200 times in the second half. 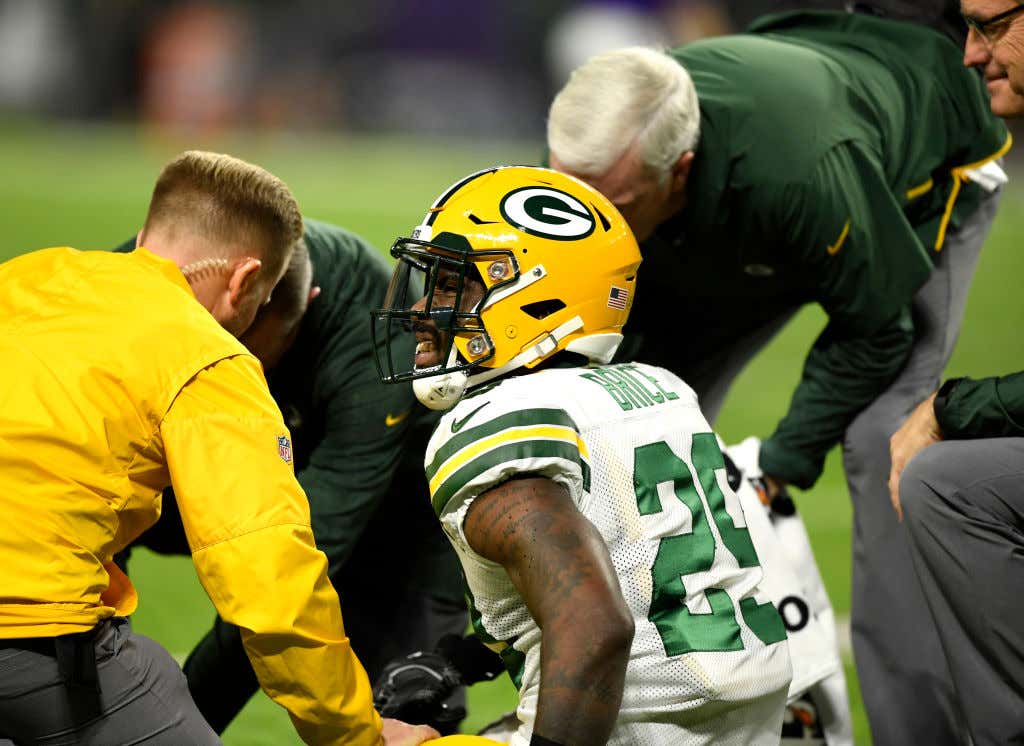 Sure, Green Bay has a lot of injuries. The secondary is completely destroyed. Tramon Williams played safety because Kentrell Brice was out. David Bakhtiari gets injured and on the very next play Rodgers is immediately sacked. I don’t think I even remember what Randall Cobb looks like. Injuries plague both sides of the ball… but this happens to every single team and they don’t just completely collapse and shit the bed.

Or in this case the punt return.

Trevor Davis was injured, in comes Williams to get hit by the ball thanks to a brilliant bounce, Vikings get the ball back inside the red zone, naturally.

It’s sickening and I’m exhausted. I’m tired of seeing Mike McCarthy’s fat face covered by a sheet he clearly doesn’t know how to use. 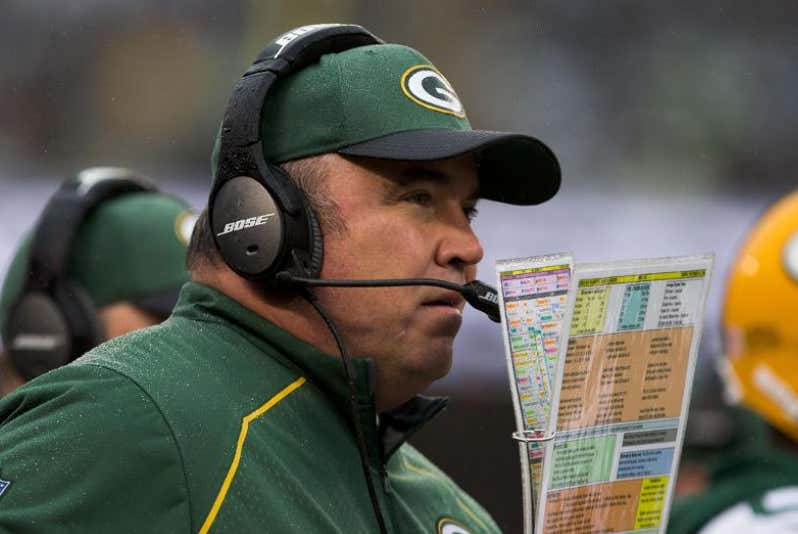 Davante Adams was targeted with 12 minutes left in the 3rd and then not again until right before the two minute warning. Adams – the same receiver who’s put up over 1,000 yards this year, who happens to be the first Packers player to reach double-digit receiving touchdowns in three straight years since Sterling Sharpe – didn’t touch the ball for 24 minutes. Then McCarthy snapped out of whatever piss-poor coaching trance he was in and designed a play catered specifically for Adams. And what do you know? He caught the damn ball.

Except… a couple of plays later, Adams couldn’t come down with the ball in the end zone. It may have been slightly overthrown. (Oh, like you’re perfect?) But whatever, despite being in scoring position, Mike McCarthy decided it would be best to kick an easy field goal since the Pack needed 2 scores anyways. It didn’t matter that the offense was on Minnesota’s 20-yard line and that Green Bay was already there- let’s get the 3!

My only solace is knowing that the more the Packers lose, the more likely it is that Mike McCarthy gets the boot. His clock is ticking. And it’s ticking quickly. 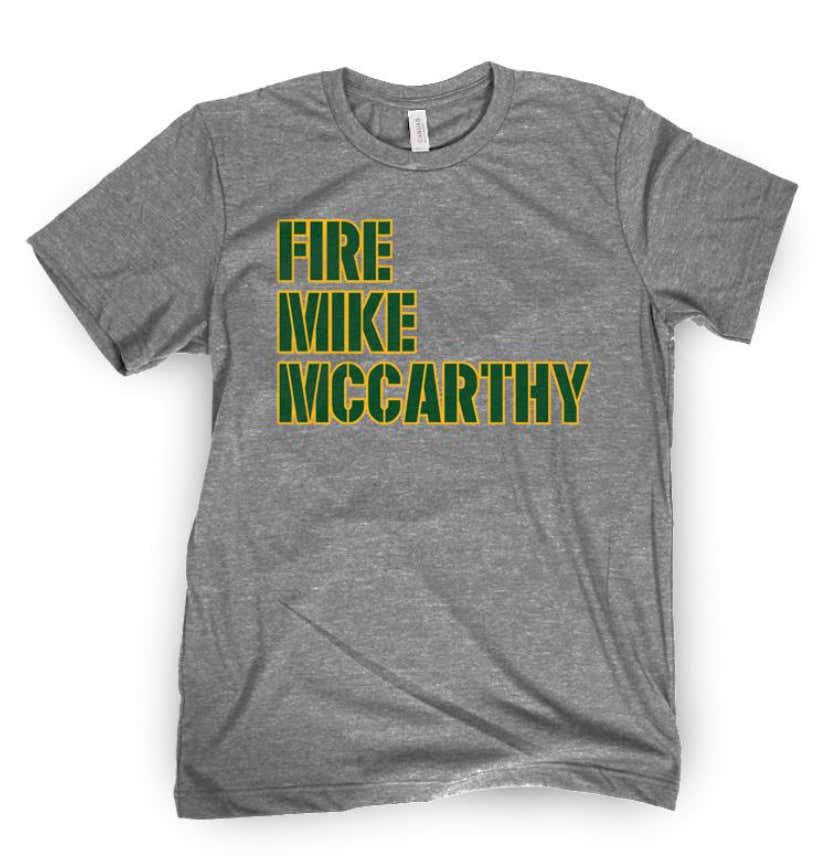 But, hey, at least the fans aren’t the only ones going through hell watching this atrocious play calling and heartbreaking end to what was supposed to be one hell of a season. It appears the players may be suffering through shitty hotel room stays, in addition to pretending they respect their coach.