If you go out in an average college town or the city of Chicago, you can’t turn a corner without catching a pair of headlights. Nipples are in, and they’re in in a big way in most of the country. It’s like a free accessory that’s got the added bonus of being extremely comfortable because it gets rid of the worst human creation, the brassiere. Any time I don’t have to wear a bra is a magical thing. But for some reason, girls in New York City don’t do this! The odds of seeing a metaphorical #freethenipple campaign in a NYC bar is slim to none.

Maybe it’s a club vs bar thing? Maybe if I walked into a club I’d see a sea of nipples, but I want to know why I’d feel uncomfortable walking into my neighborhood bar without at least some bandaids. It’s unfair and stupid and I’ve decided i’m bringing the movement to New York. The plus sides are endless: it’s a power move, you don’t have to wear a bra, and if you decide to go commando as well, you’ll never have to worry about wearing a matching bra and panty set in case of a home or away game (because nothing matches nothing, obviously)! 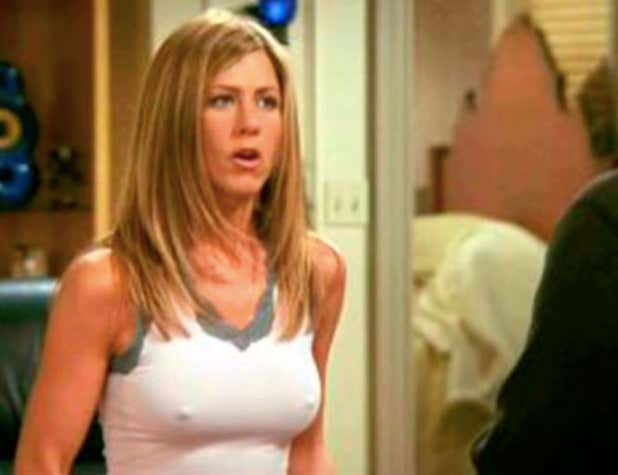 Maybe it’s that New York started the nipple trend in the late nineties with queen Rachel Green herself, and the rest of the country is just now catching up. We’re all SO behind that what is a trend for us is disgustingly passé for Manhattan. Maybe I’m just going to stuck up places or hanging out with boring people. Maybe there’s a group of fun girls out there who scorn the idea of wearing a bra past 5pm on Friday, and I just haven’t met them yet. Whatever the case, starting now, I’m going to #freethenipple. Who’s with me?