It’s previously been noted that I love Thanksgiving. It’s a cute holiday and it’s centered around a meal, which is very much to my liking. However, every year I find myself slightly unsatisfied after all the buildup to dinner time. I would never say that, because it would break my Nana’s heart, but sometimes I find myself wondering: is Thanksgiving food actually good? 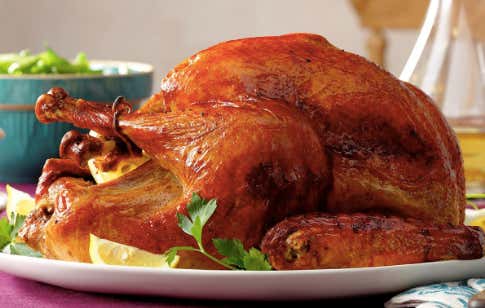 Let’s be real. Turkey is the worst part of the meal. I’m not saying it’s bad, but… well, yeah, actually. I am saying it’s bad. Jake Peralta said it best when he said “turkey tastes like napkins”. Unless your mom, dad, grandma, whoever is a master chef, your turkey is probably going to be slightly dry and not super flavorful. Also, since my best friend (a medical student) decided to ruin it for me, I’m going to ruin it for you: apparently, cadavers (dead bodies) smell like week-old turkey leftovers. You’re welcome. 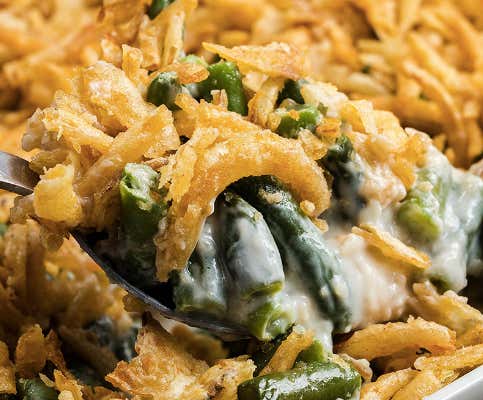 Green bean casserole should be good. It should! At its best, it’s a creamy, flavorful dish with the perfect amount of crunch on the top, and at its worst, it’s a salty, bizarrely textured abomination. It’s hit or miss at MOST, and for so many people to call it a quintessential Thanksgiving side is batshit insane.

Score: Not As Good As It Thinks It Is 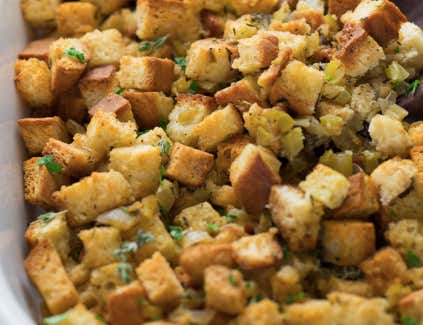 Come on. What are we doing here, folks? Stuffing? Stuffing is gross. I don’t know who decided this would be part of Thanksgiving, but fuck that guy. Now, someone once told me that maybe I don’t like stuffing because I’ve never had good stuffing, and maybe so. Or maybe soggy bread flavored with the inside of a turkey and some parsley is just not good. 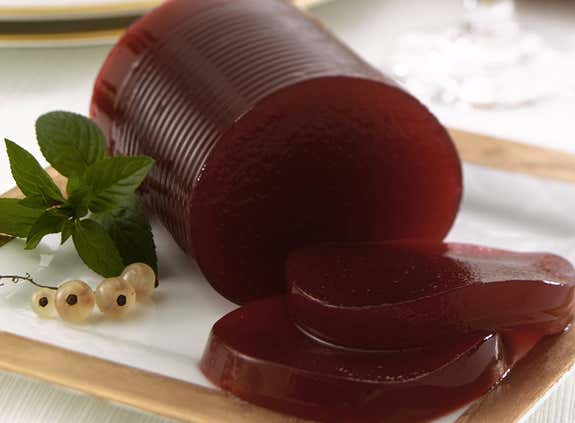 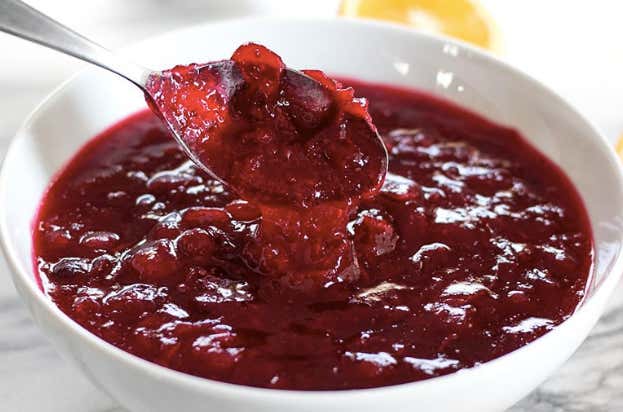 Yeah, that’s right. I included both kinds so you whiners in the comment section wouldn’t be up my ass about it. Plain and simple, cranberry sauce is the WORST. Cranberries are kind of gross in general! They’re weirdly sour and almost as bitter as I am about cranberry sauce being included in the meal. The only thing cranberries should be involved in on Thanksgiving is in the 6 vodka crans you need to down to get through dinner with your entire extended family.

Score: Why Does This Exist 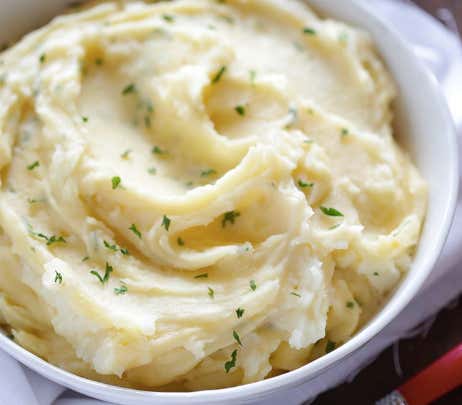 The worst. Just kidding! Mashed potatoes are the one shining beacon in this depressing spread. You can’t go wrong. Regular, garlic, cheesy, with potato chunks, smoother than Tennessee whiskey, with the skin, without, covered in gravy, all by itself, my angel baby mashed potatoes can do no wrong in my book. I think I look forward to Thanksgiving every year just to eat the mashed potatoes.

In summation, Thanksgiving food sort of sucks (not you Mashed Potatoes, you’re an angel and we’re thrilled you’re here). But damn if I’m not still excited to eat a full plate, including whatever weird new thing my cousin’s boyfriend decides to bring, then still somehow be hungry three hours later.