I graduated from high school in 2004. Cell phones (RIP flip phones & colorful Nokia cases) started popping up at the end of my freshman year in 2001, but social media didn’t exist so people didn’t use them for any purpose other than telecommunications. We still passed paper notes in class and paid attention because all of our information didn’t come from the internet, but rather the teacher. We did all of our bullying in person. People didn’t post nasty messages about you on social media, or pull out their phones to record whatever stupid shit you were doing, or get behind their keyboards to feel big. If someone had a problem with you they would either say it to your face or whisper it behind your back to individual people. I feel fortunate I didn’t grow in the mess that is social media. People are fucking cruel behind their protective screens, and soft, little bitches in the real world.

Which leads me to this video…

What is going on in high schools? Everyone is watching this painfully lame shit happen, and yet not one single person is stepping in to stop it. Not one person is telling these Star Wars nerds that everyone is recording them to make fun of them! How about instead of running to their Twitter or Instagram accounts to post this painful video and ridicule them, they first tell them to their face?

If I did this shit in high school, 1000% someone would have come straight up to me and said something hurtful and degrading. I would get made fun of for a couple of days, and then it would disappear completely. It wouldn’t live on the internet for others to ridicule or write a blog about – it would make my skin a little thicker and then go away.

So maybe let’s all stop being cowards, tell people the truth to their face, and THEN hit record. It’ll make you a more honest person, while filling the world with tough sons of bitches, instead of whatever the fuck this is. 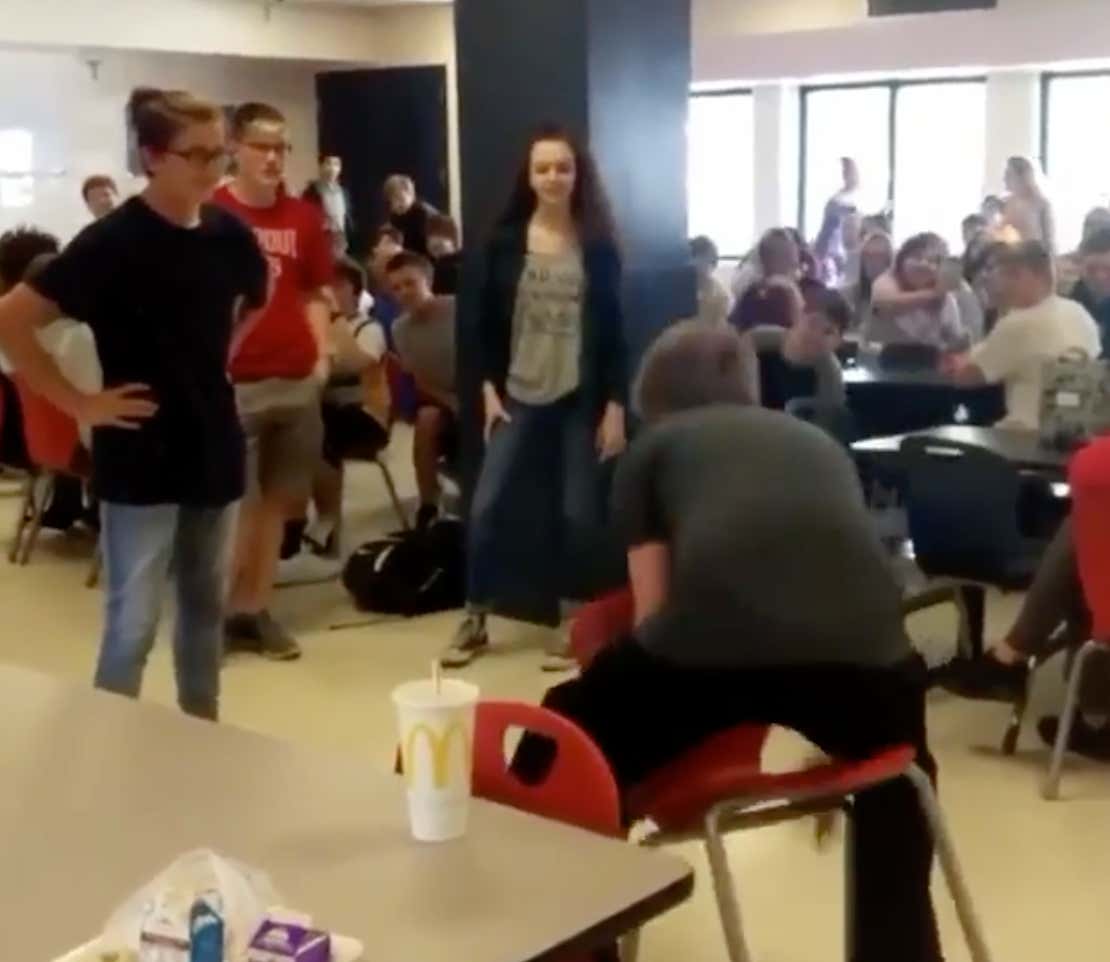