It’s the Patriots bye week. With all that that entails, for them and for me. Time to get ready for the stretch run. To get healthy. Do a lot of self-scouting. Work on our evaluations. Watch game films. Look for tendencies that the opposition might be keying on. Look for areas where we need to improve. To streamline our processes.

For me, that involves combing through Knee Jerk Reactions from earlier in the season to see if maybe I relied too heavily on Star Wars sub-references or perhaps went too easy on ESPN. Maybe look over Linda Holliday’s Instagram page to see if maybe there were some cute couples photos I missed. And try to evaluate if my Blood Alcohol Content in a given week helps my writing or hurts it. Then determine it helps, like I’ve been doing for 15 years.

For the Patriots it’s a bit more complicated, but that’s what they are doing as we speak. Now, based on everything I’ve heard out of the Boston media this week, Foxboro should be in lockdown mode right now. According to the elite Mass Hysteria Squad of the Sports Radio Brigade, the Pats should be holding round-the-clock emergency sessions to sift through the wreckage to see if they can maybe salvage some small part of this lost season. Like it is that bad right now. It’s as if they’ve lost seven games like the one at Tennessee and the wins over Green Bay and Kansas City never happened.

Well it shouldn’t come as a shock to you if I call bullshit on that. The Patriots have issues, no question. I’m not denying that. But they are few. And correctable. We’re entering that time of the year when they typically address what they need to address and start to peak. And this season will be no exception if they take care of the following:

7. Get Better at Slot Corner.

Here’s a problem that might resolve itself, because the Patriots just activated rookie Duke Dawson off of IR. I admit I feel some ownership on Dawson, since I predicted they’d draft him. But he is exactly what they need at exactly the time they need him.

Jonathan Jones has been their primary slot corner with 341 snaps on the inside, including an eye-popping 65 against Indy in Week 5. And while he’s not been awful by any stretch, his 91.4 passer rating against overall is highest among their corners with over 100 snaps. But they have been vulnerable to slot receivers in general this year.

While I recognize these numbers aren’t all with Jones in coverage and these guys move all over the place, here are the top performances against the Pats so far this year by primarily slot receivers:

I give Jones the benefit of the doubt on Tyreek Hill’s Week 6’s 7 for 142 carpet bombing because even though he’s 5-10, Chris Conley (1 for 19) plays inside the most for KC. So while Jones isn’t killing them – those numbers don’t putin a class with some of their truly gawdawful corners of the past like Darius Butler or Terence Wheatley – the position could use an upgrade. Here’s what I wrote about Dawson before the draft:

If you look at the list of cornerbacks the Patriots met with, you’d be hard pressed (Safety tip: Avoid being pressed hard) to find names that show up in the major scouting publications. Josh Jackson is one. Dawson is the other. With the Gators he played behind early picks Vernon Hargreaves, Quincy Wilson and Teez Tabor, and earned enough playing time both at safety and nickel to appear in 11 games as a true freshman and every game as a sophomore. He’s a little stocky for a corner. But then again, they said Luke was a little short for a Stormtrooper and he saved his galaxy four times (and counting). He plays above his size with a good first punch that he follows by getting into his backpedal and hip turn to mirror route runners. Last season he led Florida in interceptions with four, made first team All-SEC and then parlayed that into a great week at the Senior Bowl. That stocky build helps him be a solid run-force defender and a reliable tackler. Christian Kirk of Texas A&M is considered by most to be the best slot WR prospect in this draft and Dawson threw an Invisibility Cloak over him. Dawson has a reputation for being a selfless, team-first guy with a good football IQ who can identify route combinations and handle the complex pattern reading zone concepts taught by guys like Saban and Belichick.

Who the Patriots Will Draft: Duke Dawson. I’ve seen mocks where he goes as high as 48, but as low as 98. If teams pass on him due to his size and the fact he’s not a true outside the numbers corner, I can definitely see the Pats moving around the Day 2 draft board to grab him. In spite of my Pennywise-level fear of guys from U. of Florida, he’ll fit in perfectly as a slot corner and the Robber role, as well as become a core-4 special teamer from Day One. Duke Dawson is the pick.

And yes, I picked up on that Star Wars sub-reference. See how helpful the bye week can be?

6. Get Better at Slot Receiver.

I used that header because I like the callback to the last header. But what I really should have called it “Start Getting the Goddamned Ball to Chris Hogan.” Tom Brady was asked yesterday about his offense’s identity and said, “There’s been a lot of moving parts this year for one reason or another with the receivers, tight ends, running backs, a little bit with the o-line, not so much with the quarterback position.” Well one guy who hasn’t been injured, banged up or suspended has been Hogan. And he has this to show for it:

Crazy Eyes has the 6th most reps out of the slot in the league, and the second lowest target percentage. And Patrick Mahomes has an excuse for not targeting Chris Conley that much, since he’s got a Matrix-like arsenal of weapons to choose from. Brady does not. He’s simply choosing not to get the ball to a big, reliable, physical receiver. And the frustration is starting to show. Watch Hogan at the end of this play:

If need be, I’ll put out an Amber Alert for Hogan.

5. Do Better Against the Blitz:

A lot as been made about this stat:

Which is Bananaland because in seasons past, the Patriots used to commit ritual human sacrifices to thank the football gods every time an opponent was stupid enough to blitz Brady. All those blowout wins over Pittsburgh have been built on a foundation of Dick Lebeau’s Zone Blitz. So to go from that to last in the league is pretty fricking unnerving, to say the least.

But it’s not necessarily how it appears. It’s all about context. For starters, part of the reason he’s last against the blitz is he gets blitzed the least:

Second, different analytics sites define “blitz” differently. To NFL Matchup, it means any time you send five or more rushers. To Pro Football Focus, it’s any time you send an off-the-line linebacker or a defensive back. By that definition, his passer rating is in the mid-90s.

But if you think Brady is getting (cliche’ alert) “rattled,” you better think again. His passer rating under pressure is middle-of-the-pack in the NFL. Which, while not great, is better than Aaron Rodgers, Mahomes,Ben Roethlisberger and some other supposedly much more mobile QBs:

Again, he’s not ripping teams apart when they send extra guys. But mostly because after 19 or so years coordinators are starting to catch on and quit committing career suicide. 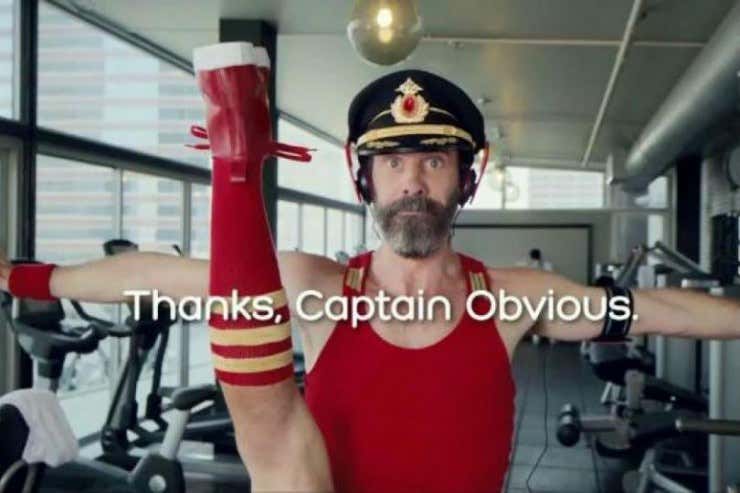 With all due respect to Ted Karras, the pressure is coming right up the middle far too often without Mason. And this, having Karras snap the ball on a quarterback sneak was a clever idea:

It speaks volumes that the play got blown up by Wesley Woodyard for a loss. Mason is the second best interior lineman of the championship era and his absence is felt.

2. Enough With the Clever Ideas.

Yeah, that was some nice, out of the box, innovative thinking by Josh McDaniels. Little, nuanced moves like that have been a hallmark of the McOffense since Charlie Weiss was getting David Patten a touchdown throwing, catching and running in the same game. But McDaniels is getting too reliant on the magic tricks. For every one that works (Julian Edelman’s 37 yard double pass to James White) there’s one that fails miserably (Edelman’s pass to Brady and Brady’s self-tacklization).

It would just be refreshing to see McDaniels keep the Inspector Gadget outfit in the closet for a while and straight up beat teams again.

1. Get Better on Special Teams.

Just to cite my source on this, it comes from my son who’s a freshman at WVU. And since Pat McAfee went there and once told me “Everyone gets into West Virginia,” I take that to mean he’s super smart and this must be correct.

The field position for opponents on Patriots kickoffs has included:

Ignoring touchbacks, that is for an average field position of the 31 yard line, the worst in the NFL. I’ve been told the Patriots believe in a formula which directly relates field position to points scored. As in “If you start with the ball [insert yard line] you will score an average of [insert number] points per drive.” Kind of similar to the “Yards per Points” stat. Which makes total sense. The most underrated elements of their comeback against Atlanta in the Super Bowl are the times in the second half they pinned the Falcons inside their 15 at the start of drives and made them play conservatively.

Anyway, that is the single most un-Patriots aspect of this entire season. No team emphasizes special teams as much as they do. No one comes close. No one spends more draft capital on guys who are basically full time STers (Mathew Slater, Nate Ebner, Joe Cardona, just to name three). For them to be the worst in the league with all that time, attention and preparation is appalling. And like I said at the start of this list, correctable. Cover kicks better. Tackle better. Or cut the guys who won’t because they are bottom of the roster (just stop already) assets anyway. And replace them with someone willing to stop returns for an NFL paycheck. And did I mention my man Duke Dawson plays special teams? I did? Excellent.

Again, there is no reason to be in panic mode over the Titans game. None of these are major fixes. All but two or three teams in the league have a lot more unsolvable problems than the Pats do. Take care of these, stay relatively healthy and there is nobody they cannot beat.