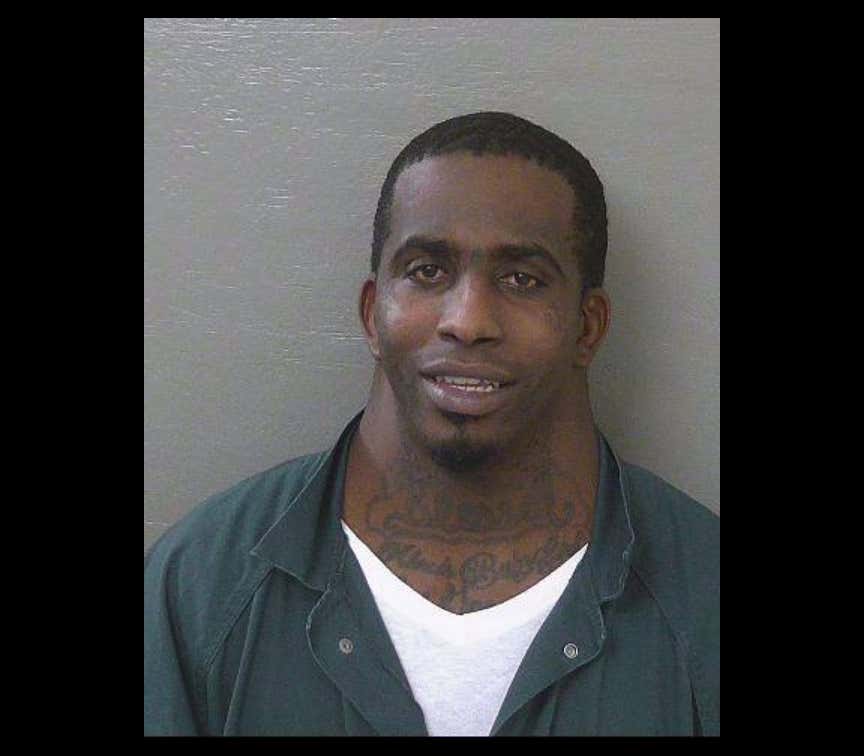 Fox 8 - A Florida sheriff’s office Facebook post is getting a lot of attention thanks to the eye-grabbing mug shot of a recently-arrested fugitive.

Charles Dion McDowell, 31, faces a multitude of drug-related charges, but thousands of commenters were only interested in one thing – the size of his neck.

This dude’s neck is just absolutely preposterous. It doesn’t make a lick of sense. I don’t know how he thought he could get away with a crime with a neck like that. It’s akin to when people get face tattoos and rob a bank in broad daylight, you’re going to get caught, and this guy did.

And when he got caught, the Sheriff’s office put it on their Facebook page, and this man got roasted. He got roasted worse than I’ve ever seen anyone get roasted. It was black Twitter on Facebook and they were ruthless.

Here are some of the best 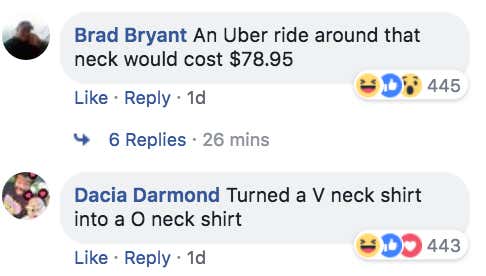 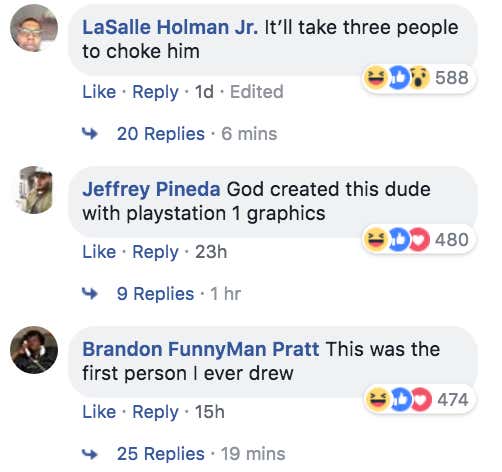 “This was the first person I ever drew” made me laugh very hard because when I thought about it, that’s how I would draw someone too 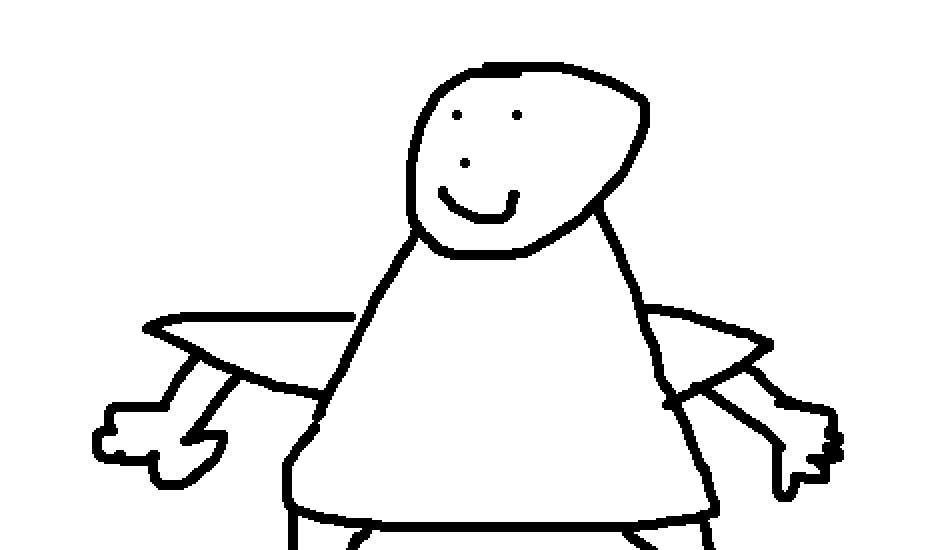 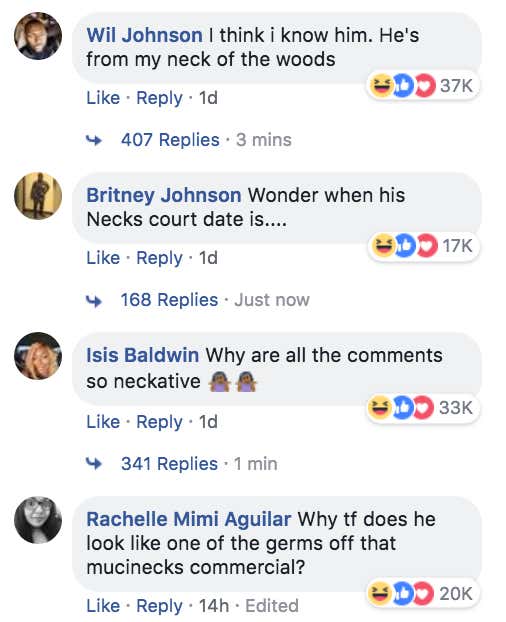 The neck puns. They play.

And my favorite two:

The whole world will gather around his neck and hold hands in unity. Beautiful.