I rebuke that theory!

I won’t deny that I cried like a baby when I first saw the ending of Toy Story 3. I did. Mainly because I realized we are much cooler as children and that being an adult makes us heartless assholes. But it is NOT the biggest tear-jerker of the Pixar movies.

(If you have not seen the movie and do not want to read any spoilers, first of all, what is wrong with you that you haven’t seen it! And secondly, this is your last chance to click away.) 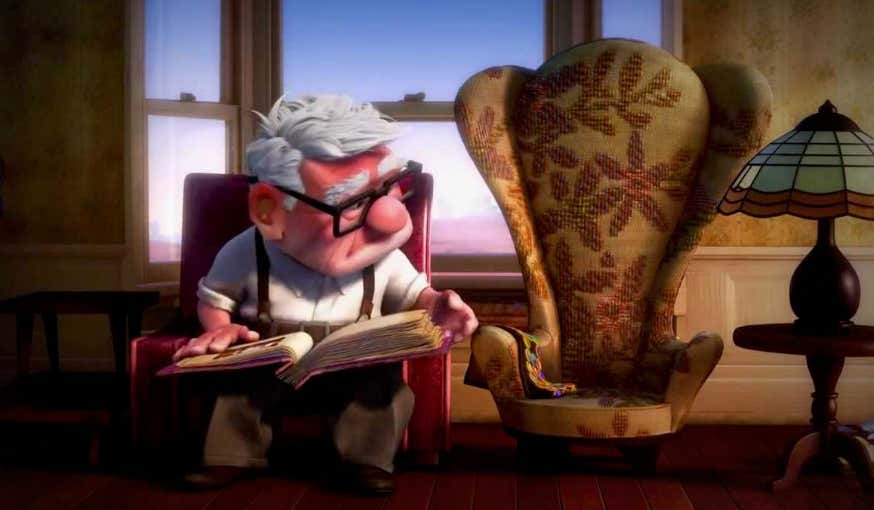 In a simple, four-minute sequence at the beginning of the movie, we understand that Carl and Ellie are the kind of partners most of us will spend our entire lives searching for and, unfortunately, never find (the truth hurts). In just four heartfelt minutes we learn that their love isn’t just everyday, ordinary love: Carl and Ellie are soul mates. Each was put on this earth (well not really this earth per say, but for argument’s sake, earth) for the other. 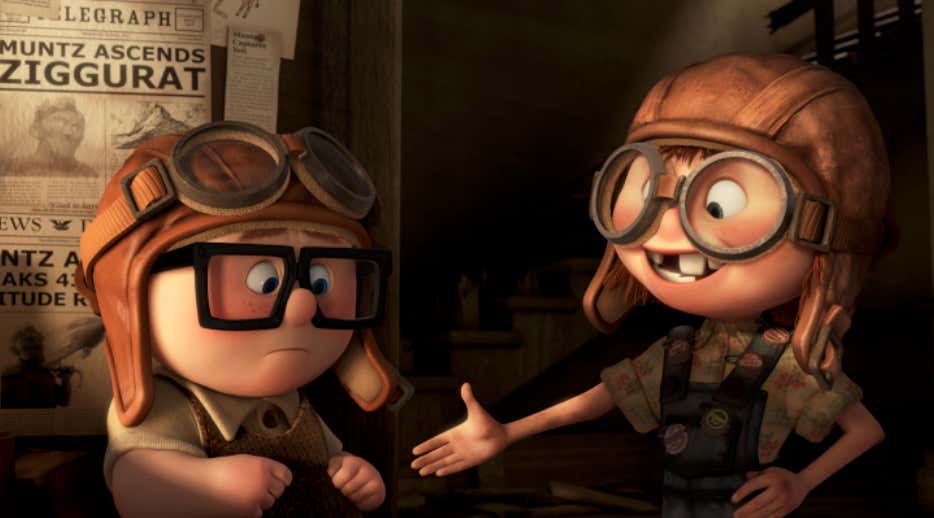 They meet as children and Carl is so taken a back by Ellie, that he’s a little scared, but a good kind of scared. Then they grow up, marry each other and life takes over.

They build their lives together: picking out furniture, designing mailboxes, dreaming together under the clouds… 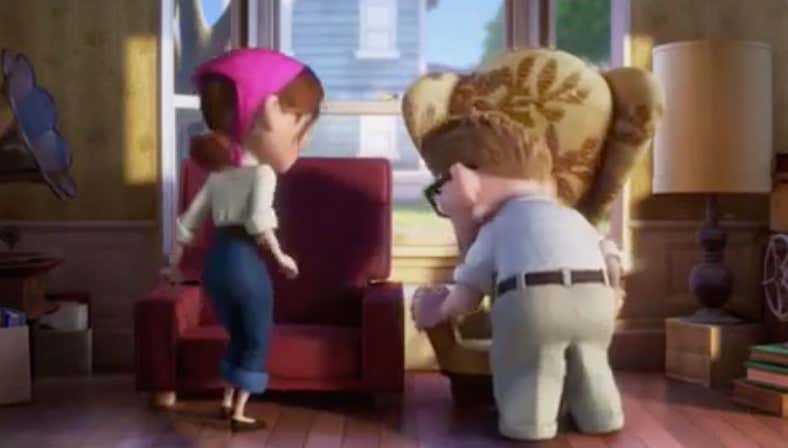 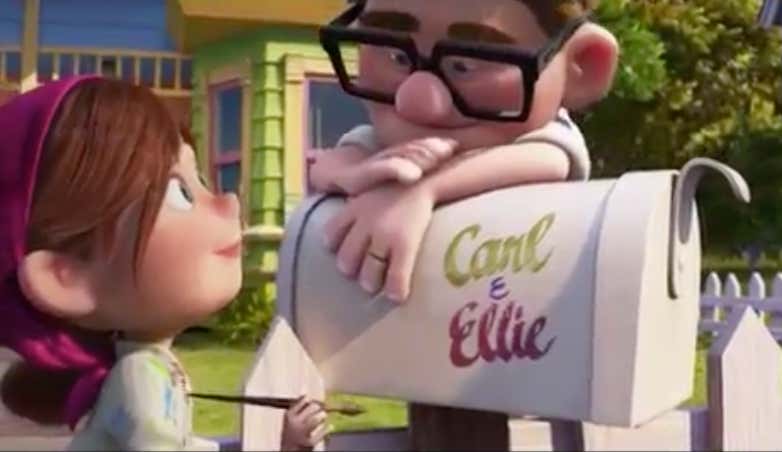 Soon they decide it’s time to take the next step- they’re ready to share their love with a baby that will complete their perfect twosome. They prep the nursery, in eager anticipation of the gift they’re about to receive. 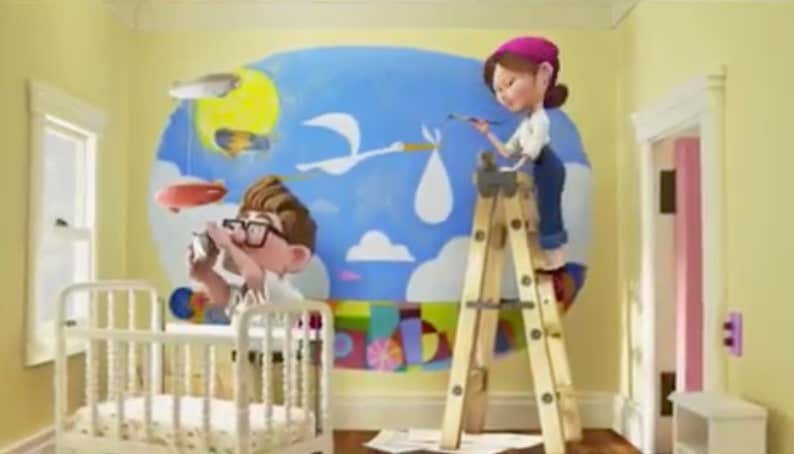 But because this isn’t just some Disney fairytale, they lose the baby. 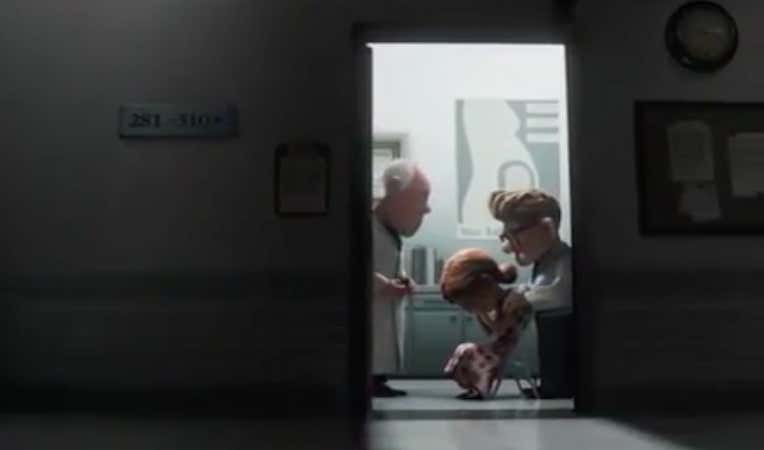 Carl doesn’t know what to do. The Ellie he’s always known and loved is gone. Her light has faded and he doesn’t know if she will ever return. After all, how does one come back from such a great loss? 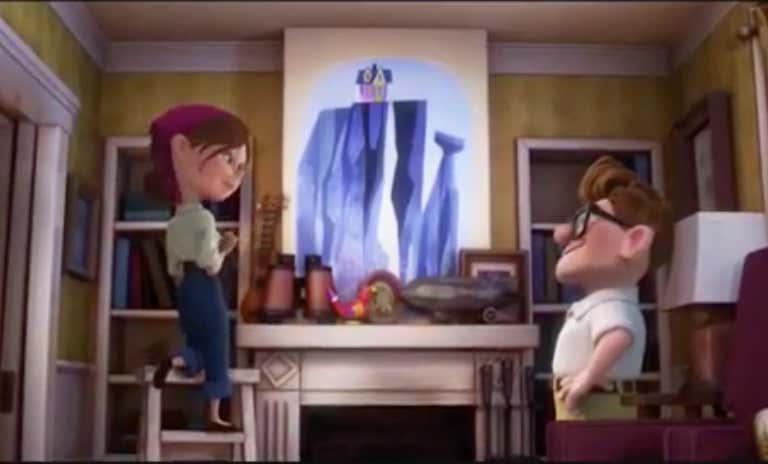 With the promise of adventure! Carl brings back Grown-Up Ellie by reminding her about Little Ellie- the fearless little girl who wanted to be a pilot. The vivacious little girl who proclaimed “ADVENTURE IS OUT THERE!” He promises her he will make her dream of moving to Paradise Falls come true. So the two set a goal and start saving. 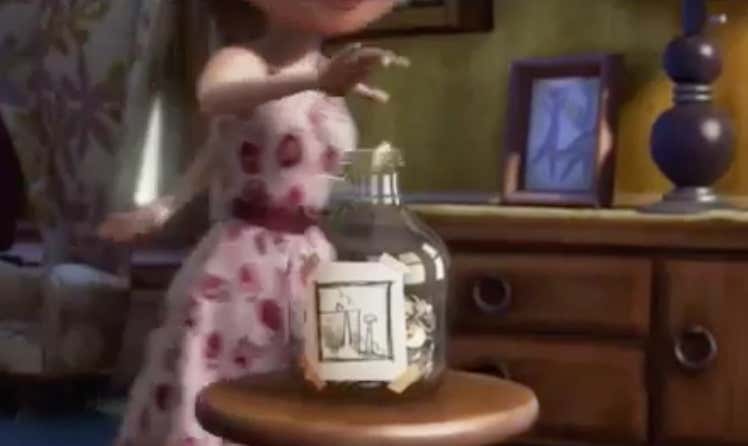 Then life gets in the way. A broken leg here, a roof collapse there and their savings start to move away from Paradise Falls and into Reality Blows. 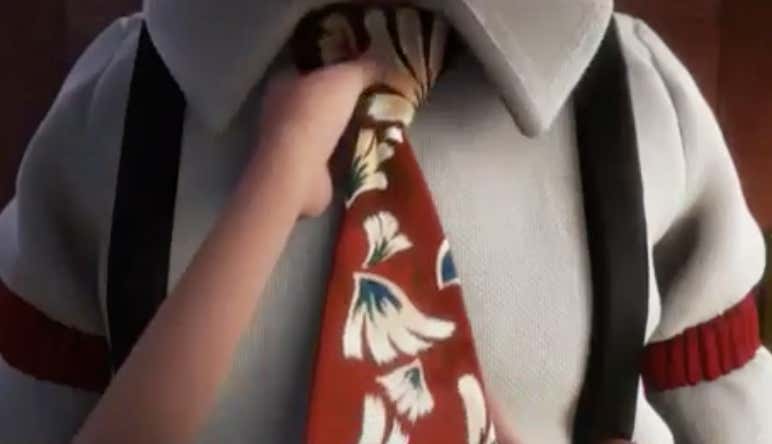 … they have each other. 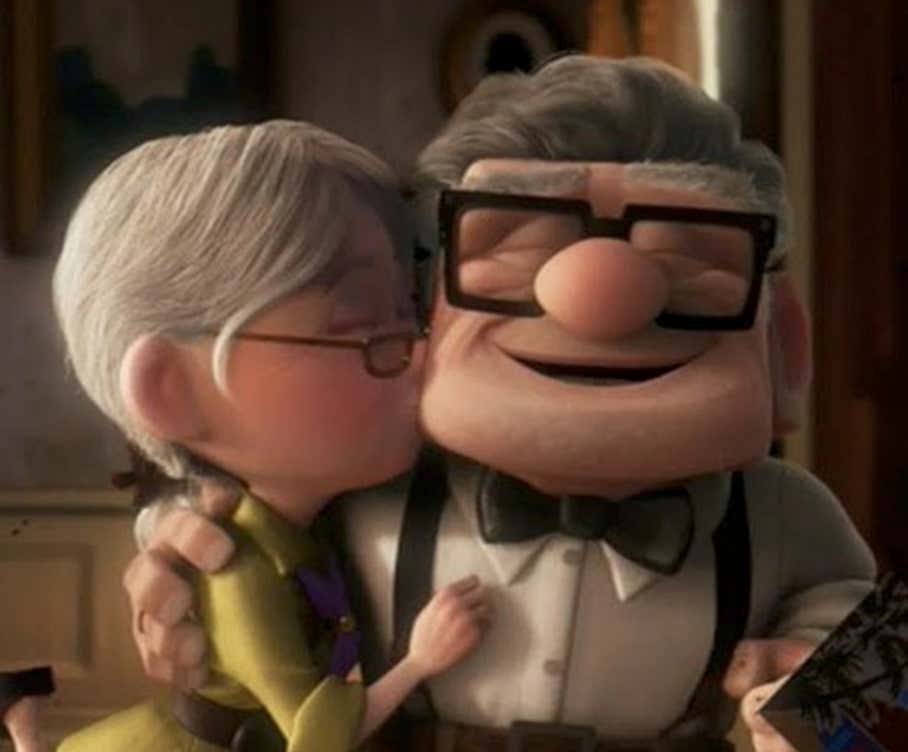 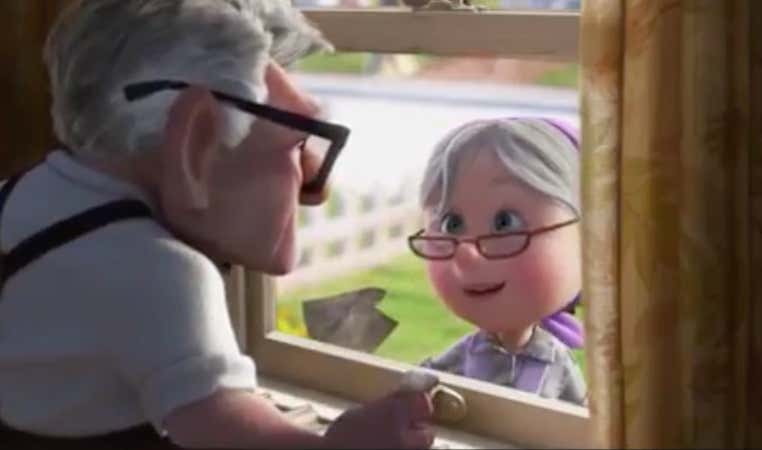 But because Carl is the man he is, he has never forgotten the promise he made to her. So he does it: he goes to the travel agency and books their tickets to Paradise Falls. He packs up a picnic basket and takes her to their hill, the hill they’ve climbed hundreds of times, to show her, under their favorite tree, you’re never too old to make your dreams come true. 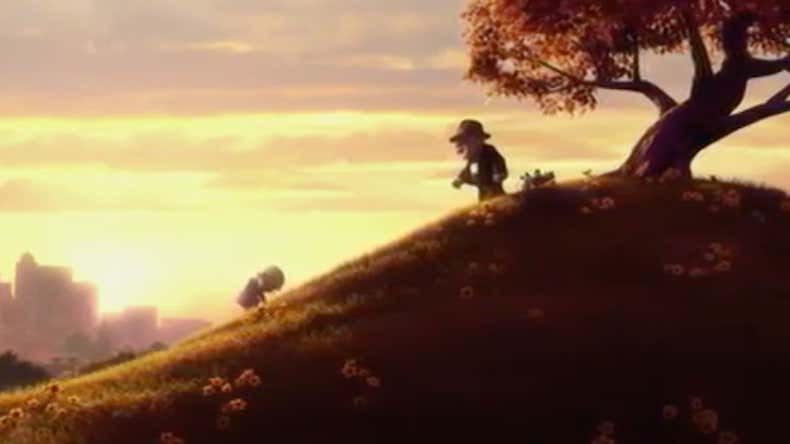 Ellie couldn’t make it up the hill to their favorite tree.

Ellie couldn’t make it at all. 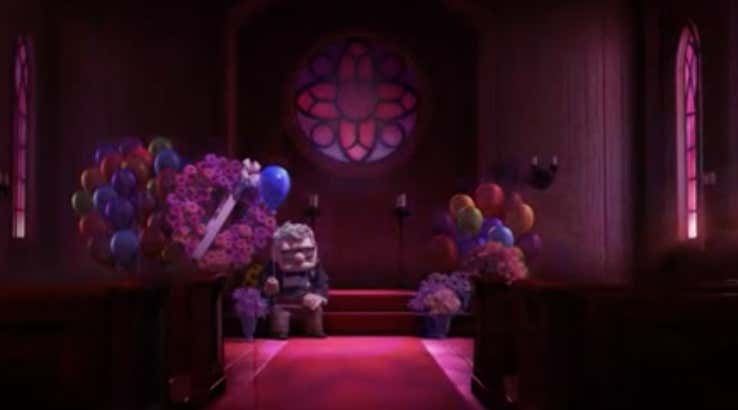 Carl would spend the rest of his life trying to live out her dream, in her memory.

I’m tearing up even as I’m writing this. It’s been almost ten years since UP premiered, and I still can’t hold my shit together for those 4 mins. How can so much love, emotion, and life be conveyed so deeply without so much as a single word? What is the point of living if at the end of the day, heartbreak lurks around every corner? AND WHY DOES PIXAR INSIST ON RIPPING MY HEART OUT?!!!

RIP Ellie and happily ever after.