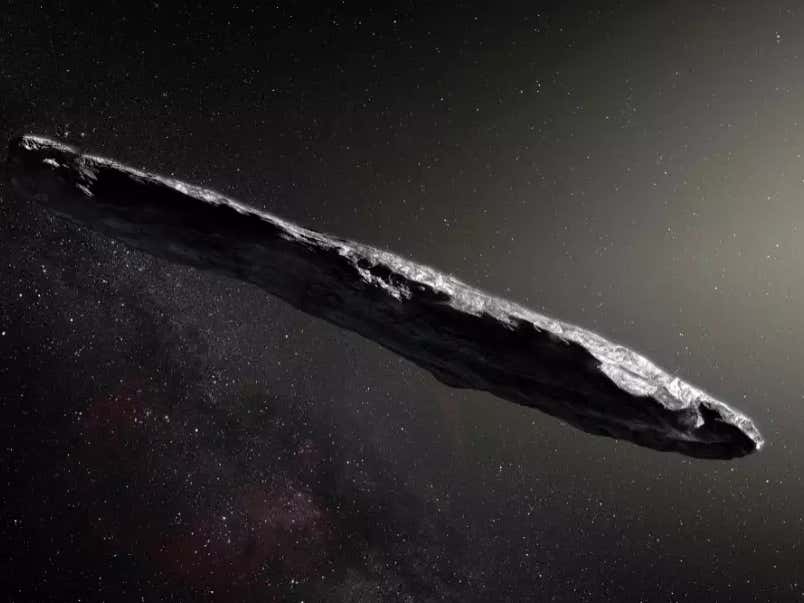 NY POST – Oumuamua, the first interstellar object ever spotted in our solar system, has been in the spotlight recently after a study from the Harvard Smithsonian Center for Astrophysics suggested it could be “a lightsail of artificial origin” sent from another civilization.

But that idea, while exciting to many, is preposterous and just “wild speculation,” according to the physicist and astronomer who discovered it.

Speaking with CBC, Canadian physicist and astronomer Robert Weryk said the theory put forth by postdoctoral researcher Shmuel Bialy and professor Abraham Loeb, the director at the CfA’s Institute for Theory and Computation, is wild speculation.

Live look at this “Canadian physicist and astronomer” the second he gets home from his shift at work:

Let me ask you something.  Who do you trust more when it comes to science: two HARVARD guys, from HARVARD UNIVERSITY, in Cambridge Massachusetts, on the HARVARD campus…or a guy from Canada?  Who do you trust more when it comes to the planet and intergalactic space travel?  Not trying to be elitist here, just curious.  We’ve got two of the smartest brains at the smartest college saying we think this is from aliens, and we’ve got a guy in a puffer vest drinking maple syrup out of the bottle and waving a friendly hello to everything he sees in his telescope.  Saying it’s “wild speculation.”  Exactly what an alien mole would want you to think, or at the very least someone deep in the pockets of Big Alien.

One of the Harvard nerds fired back with the equivalent of a Dweeb Mic Drop:

“Our paper follows the standard scientific methodology: an anomaly is observed in data, the standard explanation fails to explain it and so an alternative interpretation is proposed,” Loeb wrote in the email. “I encourage anyone with a better explanation to write a paper about it and publish it. Any wrong interpretation can be ruled out when more data will be released on `Oumuamua or other members of its population in the future. A reaction of the type you quoted shows prejudice.”

“I encourage anyone with a better explanation to write a paper about it…and publish it.”

“I think it’s a remnant from another solar system. It’s just something that happened to run into us and we were very lucky to have been operating the telescope that night and looking in that direction,” Weryk told CBC.

He added: “It’s been theoretically predicted for decades but we’ve never seen one. Until we see another one, there are a lot of questions that we just can’t answer.”

Oh.  It’s a question he just can’t answer.  “I think” it’s a random space remnant.  Okay buddy.  Thanks for the insight.  You’re totally not an alien plant.  We’ll just “wait until we see another one,” which will totally happen, because you totally didn’t message your buddies to keep a low profile since they got spotted.

Everyone buckle the fuck up.