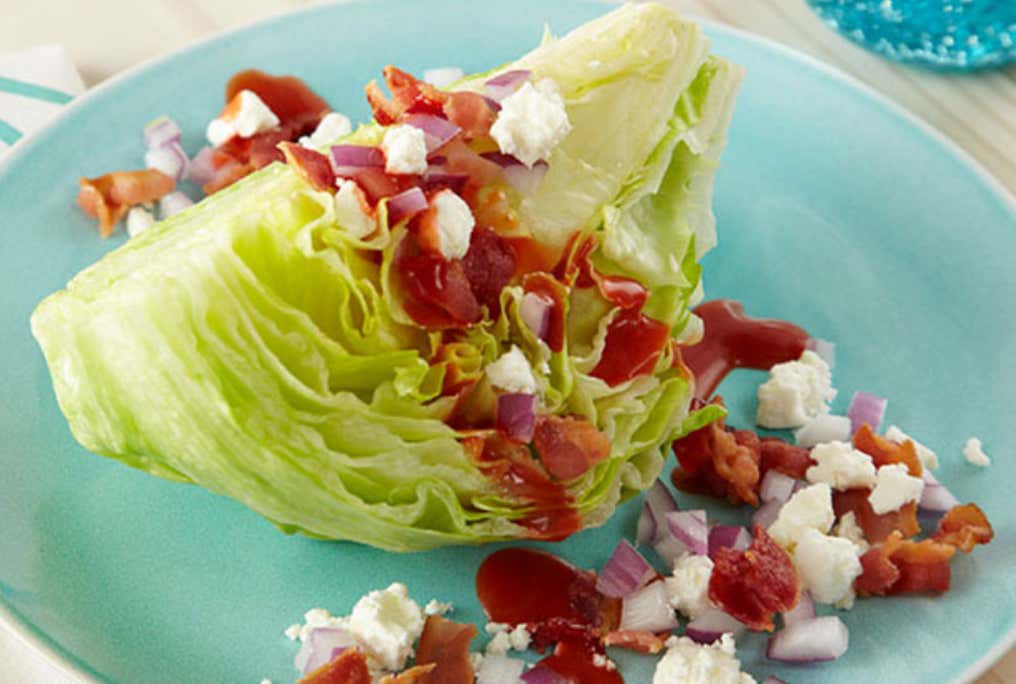 I figured balls deep in a new week on a Monday, after what appears to be the most important mid-term election in history, I wanted to blog about some seriously important shit.

I’m a salad guy, but I go through salad phases.

Summer time, me loves a nice refreshing salad on a warm sunny day. I’m over the Caesar, and the Cobb is a bit much, as the last thing I want to consume on a hot July afternoon is a bunch of crumbly-ass hard boiled egg and blue cheese with a side of ham and some other shit.

I don’t fuck with those gimmicky weird salads either. They are out in full force on menus across the country, but I don’t play that game. I’m good for the standard house salad, and I run a semi-strict 3 dressing rotation… The first being Ranch (obviously). Followed by either Cilantro-Lime or Balsamic Vinaigrette (depending on what’s offered). And the third being Thousand Island with some lemon wedges.

Salads shouldn’t be such a situation. Over recent years (maybe longer, but my stoner mind has me saying “recent years”), I’ve noticed the emergence of the world’s largest scam of a salad.

After doing hours of tedious research (3 Google searches), I found the Wedge came about in the early 20th century, then got lost for a while, only to reemerge in the 50’s and 60’s, only to be crushed AGAIN by hippies in the 70’s who were interested in more eclectic raw vegetable offerings.

In my opinion, hippies made the correct choice. Fuck the Wedge. It’s a lazy-ass salad. Why is this salad seeing such a rise in popularity? Why this level of undeserved respect?

Its a regular salad minus the effort of a prep cook breaking down the god damn heads of lettuce. It’s literally 25 cents worth of iceberg lettuce just cut into a quarter portion and drenched in some warm-ass clumpy roquefort dressing with rock-ass, tooth chipping bacon bits thrown on top. Sounds 100% worth the $7.99 it’s tossed on the menu for.

If that doesn’t satisfy one’s “basic bitch-ass pallet” you can upgrade to a HALF WEDGE! This is an even more lazy version of the quarter wedge as it only took one swoop of the knife to get her ready to serve. With only a small price hike to $9.99! Only 2 more bucks for an extra quarter wedge! Fuck it… Let’s do it!

I have an idea- Why don’t you just take the full head lettuce, cut out the prep cook all together and just dunk the full fuckin’ head in blue cheese, roll it in a pile of rock ass bacon bits, and have the waiter get a running start and just throw it at top speed and hit me in the face with it? That’s how you make it worth paying an extra $3.99… For the FULL WEDGE CTE salad.

Stop pulling the wool over our eyes, and stop it with this iceberg shame. The hippies didn’t do everything correct, but one area they made a solid decision was the move to phase this shit box salad off menus everywhere.

It was a good run, Wedge, but I hope this blog single-handedly starts the movement to end your poser-ass life.

Also, I order them all the time.