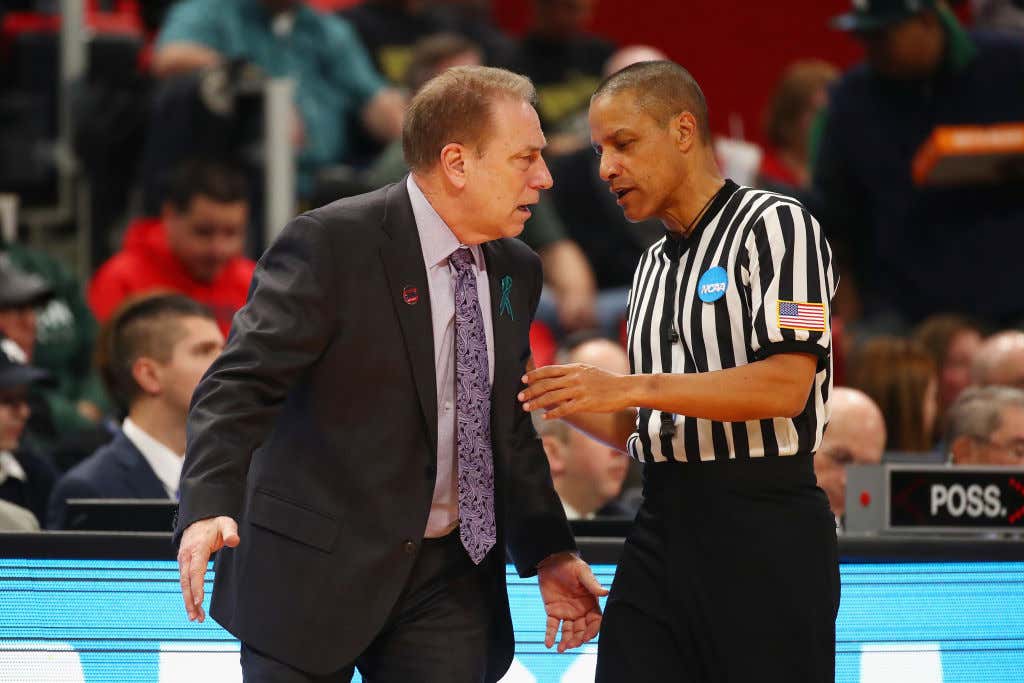 “How many times did that thing stop — for minutes? Four? Five?” the Michigan State coach said.

Izzo made it clear he felt this officiating crew was simply doing what was expected of it.

“The poor officials are mandated. If they don’t call it this way, they don’t work the NCAA tournament,” Izzo said. “But the stoppage of action in that game made it the most boring game.”

I’m a bit conflicted here. You see on one hand I agree with Izzo. The game stinks with the way it’s being officiated. You can’t call every single time you think there’s a foul. No one wants to watch a free throw shooting contest while the stars are on the bench. It’s absolutely atrocious. I mean just look back at the national title game a couple years ago between UNC and Gonzaga. Both teams were unreal. That was supposed to be an awesome game and it was close. But, guess what everyone remembers? How many damn fouls there were. The refs ruined that game.

Now, on the other hand I don’t feel bad for officials at all. That’s where I think Izzo is smart. He’s sucking up to the refs. I mean that has to be it, right? No one – especially coaches – feel bad for refs. He’s working them already. It’s a genius move. The last thing I’ll ever do is feel bad for a ref, especially a college basketball ref. Too often they try to make it about them and you still have guys like Doug Shows out there as a key ref.

There are a lot of things that need to be adjusted within the game to prevent these free throw shooting contests. Whether it’s instituting the defensive 3 seconds, breaking up into quarters so fouls reset quicker, putting me in charge or all 3 I’m here for. But, credit to Tom Izzo. He’s a hell of a coach that’s a step ahead. Get on the refs good side. Let them know you feel bad for them, maybe you’ll get Nick Ward a couple extra free throws. I hate how much I love the move.