This isn’t a political blog. This isn’t about gun control. This has absolutely nothing to do with left or right, blue or red, this is about human decency. About the narrative that the world is filled with evil people, out to do evil things. It’s not. Yes there are some people who are just innately evil at their core, but those people are few and far between. Most people just want to be loved, to belong, to not be ridiculed each and every day for things they can’t really control. 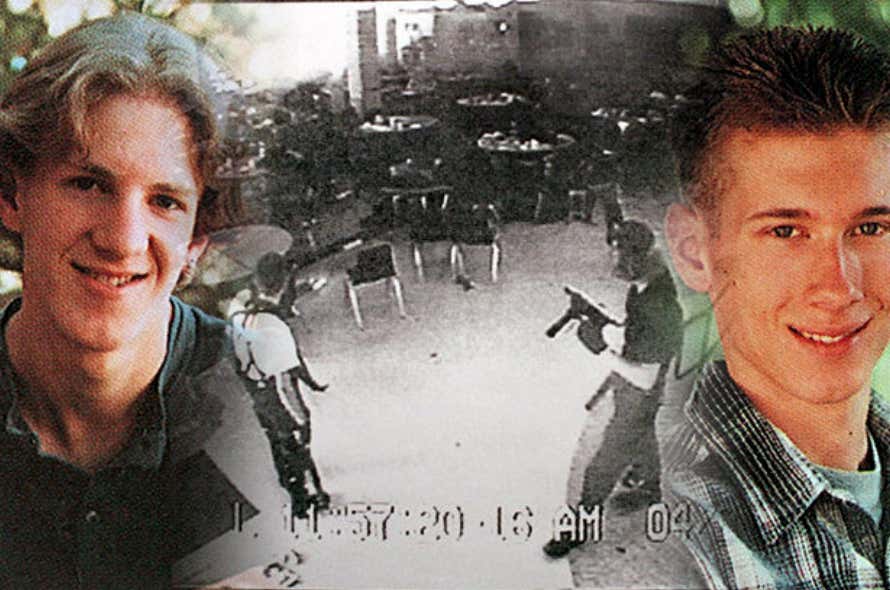 The Columbine school shooters, Dylan Klebold and Eric Harris, didn’t shoot up the school because they were beloved, popular kids who roamed the halls with their head held high.

According to what they said in the hate-filled journals and videos they left behind, they wanted to take revenge on the people they accused of picking on and snubbing them.

Klebold’s father said he constantly suffered from being an outcast at school and was described as a “quivering depressive who journaled obsessively about love and attended the Columbine prom three days before opening fire.” Klebold sounds like a kid who had some seriously fucked up issues, and at the core of those issues was the fact that no one loved him. In his journal he writes,“The lonely man strikes with absolute rage.”

Evan Ramsey spent most of his childhood moving through abusive foster homes. He was bullied at school, reported the bullying as his foster mother suggested, it didn’t work, so he took matters into his own hands, killing two people at Bethel Regional High School.

He says he’s sorry for what he did and will not be appealing his sentence because he feels it will take away from the justice his victims’ families hopefully feel has been served. And when you ask him why he did it, well his answer is terrifying.

He just wanted people to leave him alone. 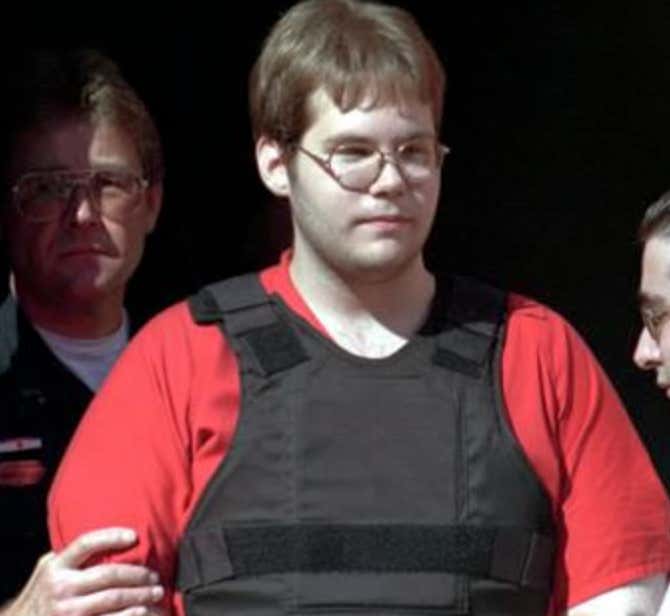 In 1997, Luke Woodham stabbed his mother to death – a woman he claimed mistreated him – and then drove her car to Pearl High School where he would kill two people and injure 7 others. Prior to the school shooting, he gave his friend this message:

“I am not insane, I am angry. I killed because people like me are mistreated every day. I did this to show society, push us and we will push back. … All throughout my life, I was ridiculed, always beaten, always hated. Can you, society, truly blame me for what I do? Yes, you will. … It was not a cry for attention, it was not a cry for help. It was a scream in sheer agony saying that if you can’t pry your eyes open, if I can’t do it through pacifism, if I can’t show you through the displaying of intelligence, then I will do it with a bullet.” 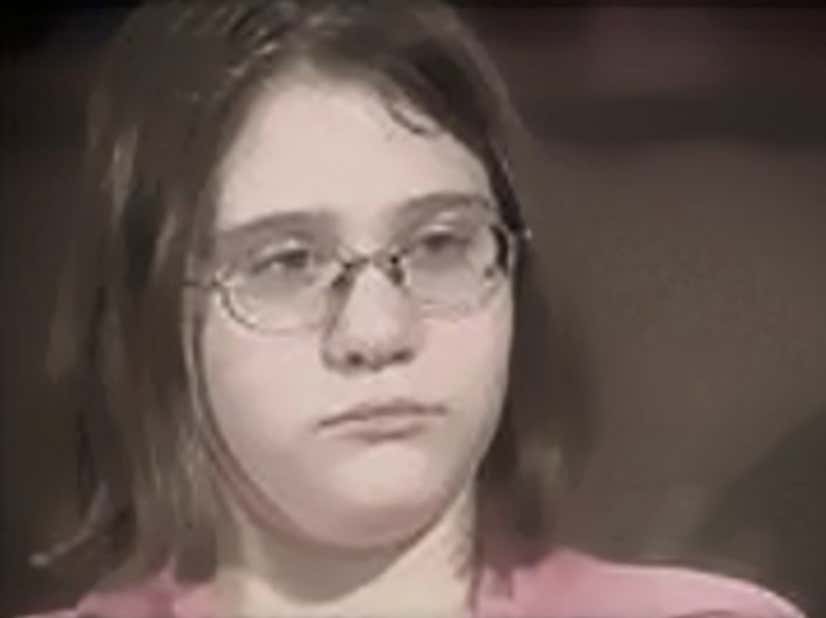 Elizabeth Bush walked into her school cafeteria when she was 14-years-old, shot, and injured her best friend, Kimberly Marchese, because she thought Marchese told others her deepest secret: that she was cutting herself in order to deal with the depression she suffered from relentless bullying.

“They’d just call me an idiot, stupid, fat, ugly, whatever. One incident was I was walking home from school and five or six kids were behind me and they started throwing stones at me . . . They were just kind of laughing and I don’t know why they were doing this but they were barking at me.”

Bush wasn’t only bullied, according to parents, she was also the girl who stood up to bullies for others who wouldn’t.

“She has a kind heart,” the girl’s mother told the newspaper. “She is always someone who is for the underdog. At one school she was a friend of a girl who was in a wheelchair. She used to help her. If anybody is being picked on or there is a problem, she is usually right there to try to defend that person.” 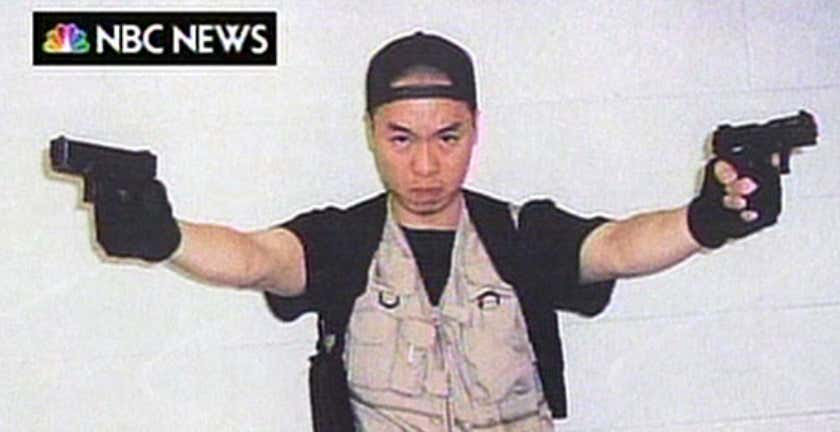 At Virginia Tech – in what would go down as one of the worst school shootings in history with 32 dead and 23 injured – shooter Cho Seung-Hui was described by one professor as, “extraordinarlily lonely- the loneliest person I have ever met in my life.” That same professor said he wrote plays about a 13-year-old boy who was sexually molested by his stepfather. He grew up in Korea and his family says he never spoke as a child, so much so they thought he was a mute. When he moved to America, he remained silent until he was forced to speak.

Classmates recall some teasing and bullying over his taciturn nature. The few times he was required to speak for a class assignment, students mocked his poor English and deep-throated voice.

In the terrifying clip he sent to NBC News regarding the shooting he says, 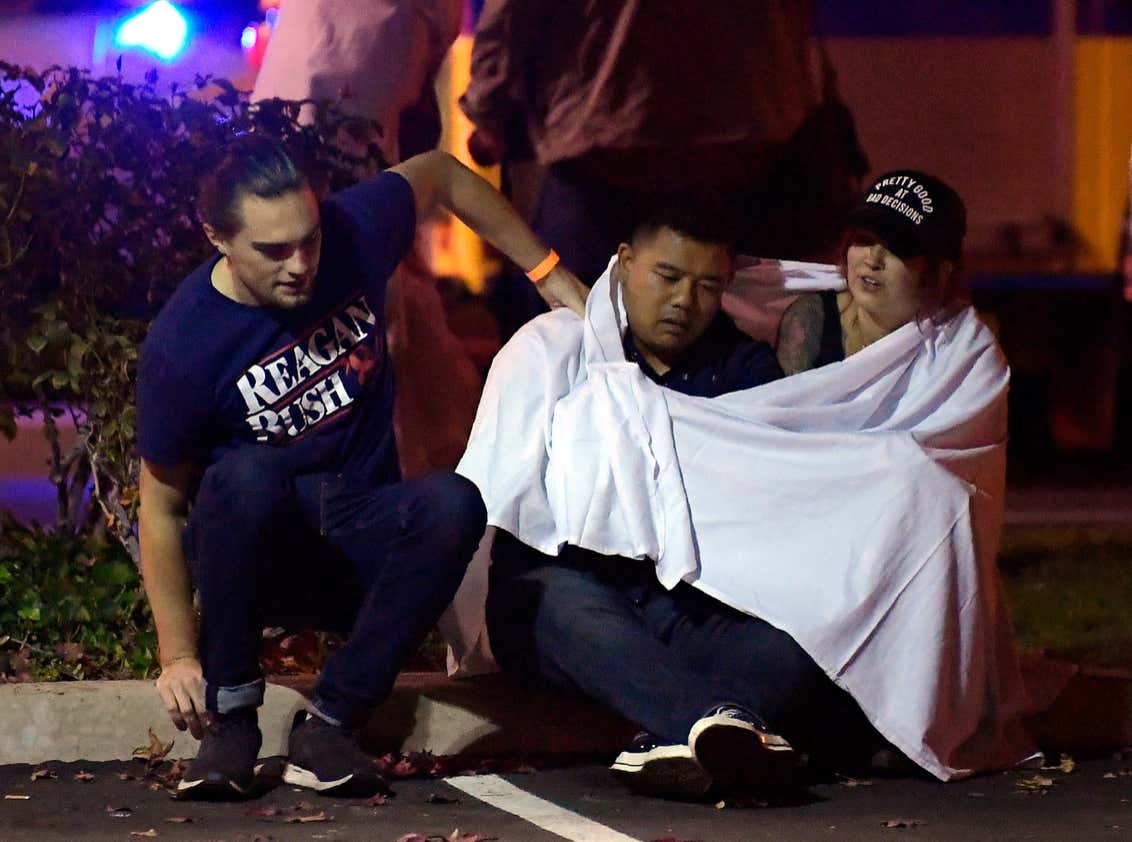 Last night another mass shooting happened. Ian David Long stepped into a California night club and killed 12 people. At this point we don’t have a lot of information on Long or his motive, but police say he was an ex-Marine who had multiple run-ins with the law in recent years.

I won’t speculate on his mental state, past, or present circumstances, but simply state that over the past 311 days there have been 307 mass shootings (a mass shooting is considered an incident in which four or more people were shot/killed, not including the shooter). 307- that’s almost a mass shooting a day. It literally breaks my heart to think that something that was once a rarity, has become an everyday occurrence.

And the one thing the vast majority of the shooters have in common is this: bullying. They all felt terrorized on an everyday basis for just being themselves. They didn’t run with the “cool crowd.” The cool crowd ridiculed them daily. Made them feel like they were nothing. And at some point, they became fed up and wanted to punish those who hurt them.

Do these people have psychological issues of their own? Absolutely. But if you’re constantly being belittled for things you can’t change – where we were born, how we grew up, what color your skin is, if you’re ugly, short, fat, poor – it’s not unheard of to think you may one day pop. Some hurt themselves, some spiral into a whirlwind of deep depression, some commit suicide, and some hurt others.

When these tragedies happen we all point the finger and think “well that person must be a completely evil lunatic.” It’s easy to put the blame on the individual, to think we’re above it, that we would never do that, that we don’t know anyone who would do that, but the reality is, you don’t know that. We encounter people every day of our lives and we don’t know anything about them. We don’t know if they’re being abused, bullied, struggling with depression, maybe they haven’t eaten today because they don’t have the money to, maybe a loved one died, maybe they just lost their job, or they were broken up with. You don’t know anything about them.

The only thing we can do is as individuals is to be kind. Consider saying something kind to someone today. Consider being kind everyday. Your words have to the power to affect people on an everyday basis. Your words mean something.

In fact, I offer myself as tribute: spit all the vile and hate you need to get out on me. I can take it. But then turn around and say something nice to a co-worker or a complete stranger. You may be surprised how much it matters, how good it makes them feel and how good it makes you feel.

Mankind is not innately evil. We are not. We need to remember that on days like today.

We need to remember that everyday.