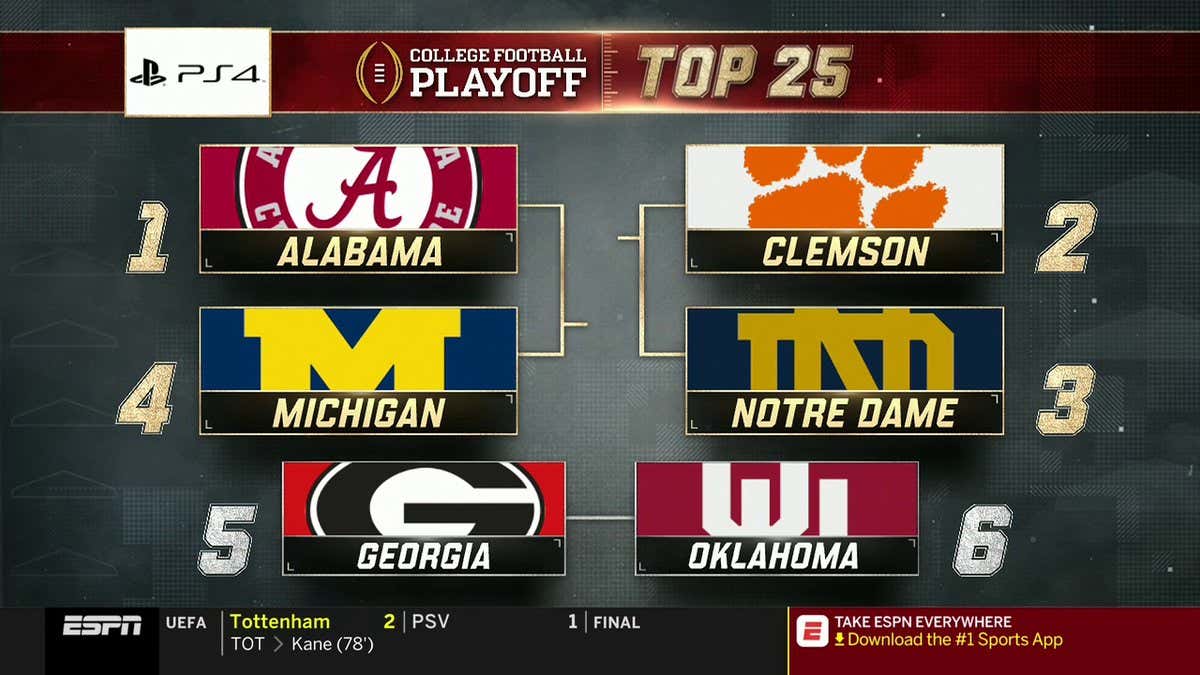 Just as we expected. The biggest question is will Alabama still get in if they drop the SEC championship game to Georgia. That loss is unlikely, but wouldn’t be earth-shattering. 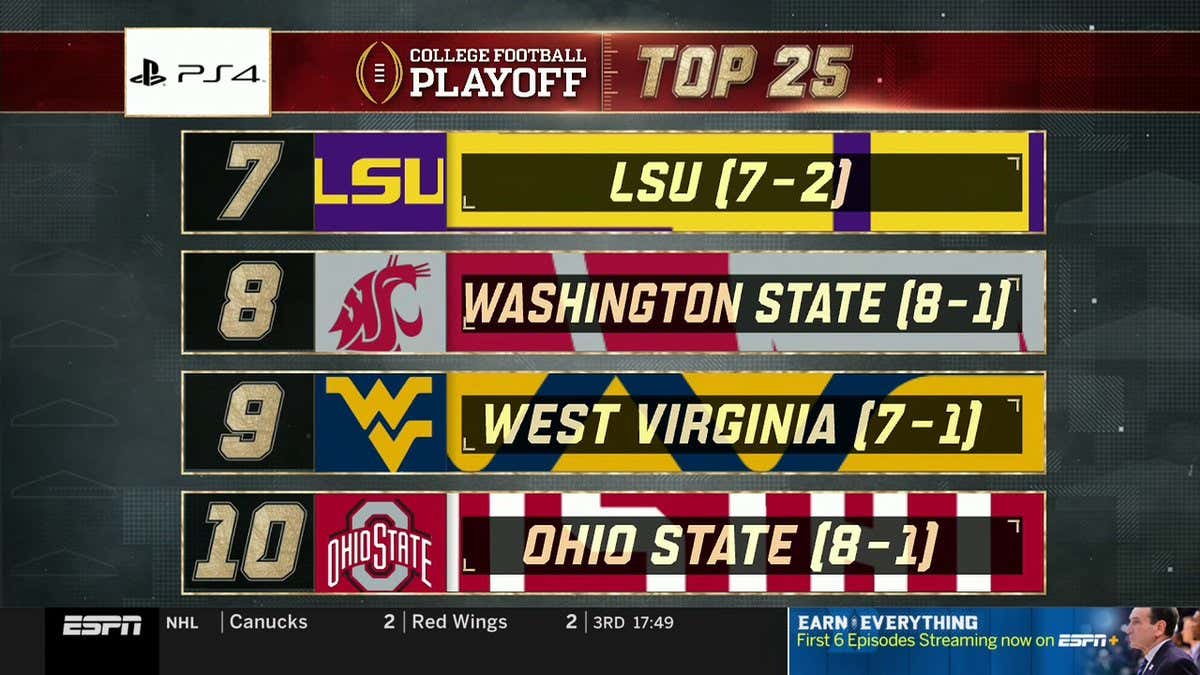 Another big question: what if Ohio State wins out?! Is it possible they leave them out…again?

Wazzu and Mike Leach ain’t dead yet! They’d need some chaos, but you never know!

It’s funny that the #7 team has little to no chance of getting in, while teams 8-10 have a 100x better shot. LSU does have the better resume at the moment, though. 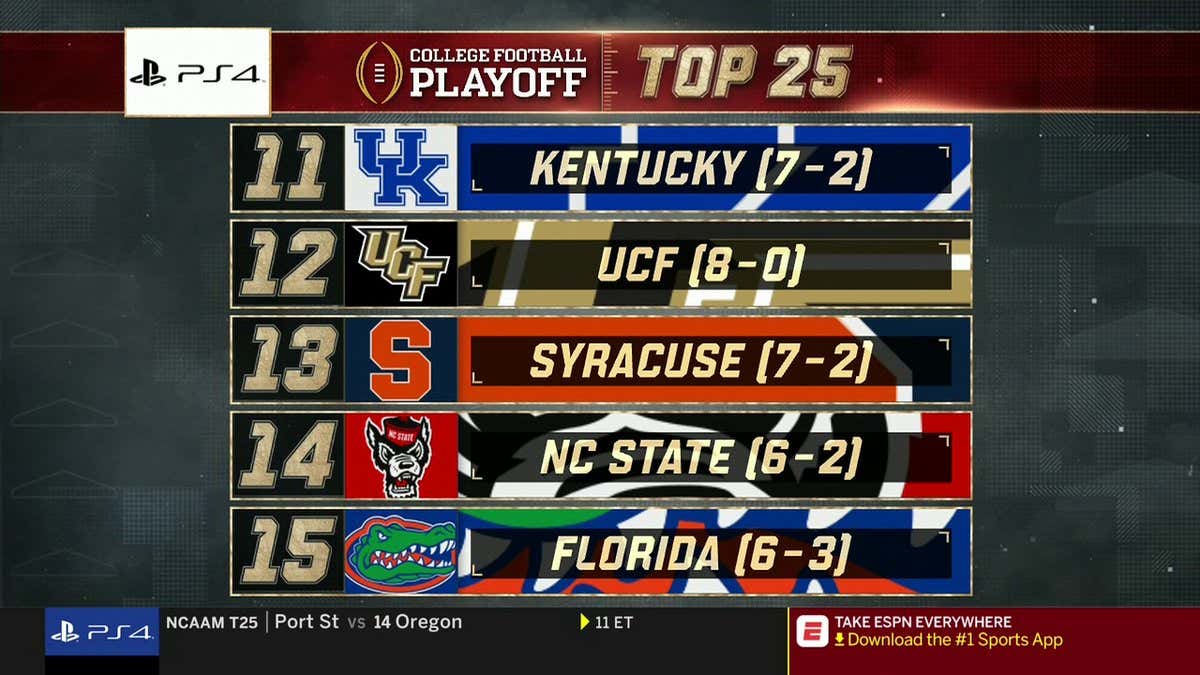 I laughed when I saw UCF below Kentucky. It makes sense (UCF shouldn’t be this high), but it still brought a smile to my face. 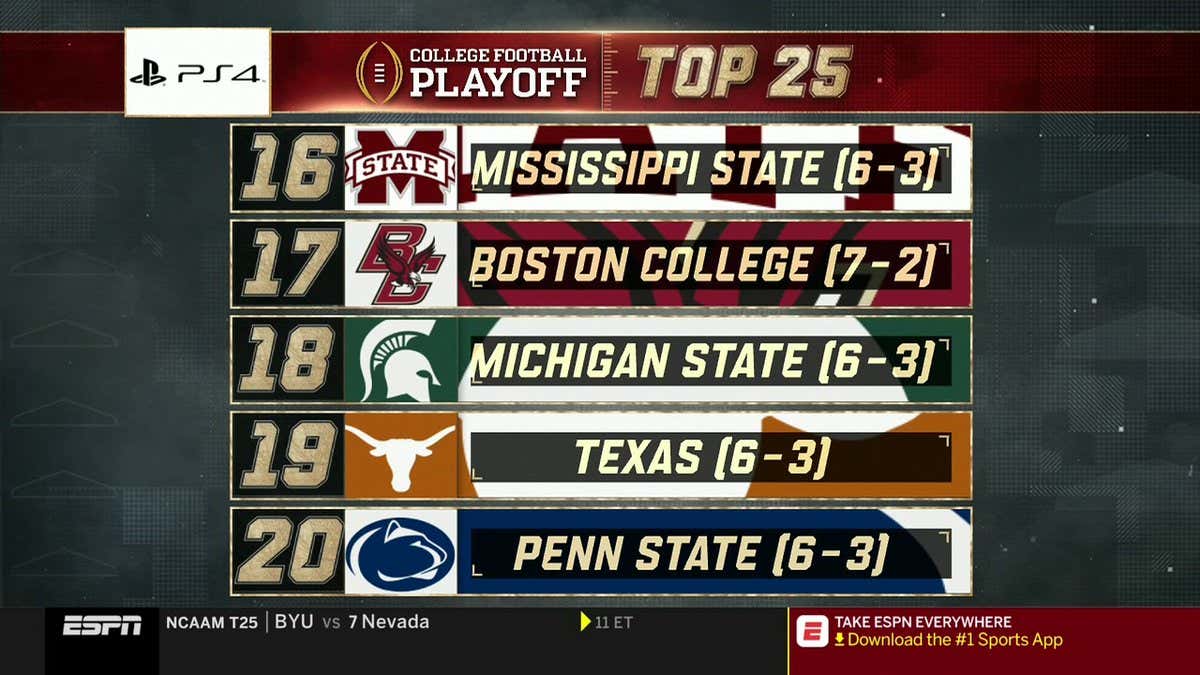 Although it’s a seemingly boring weekend, teams 16-18 have a chance to take down a top-10 team. Do I see it happening? No, but it’s college football. 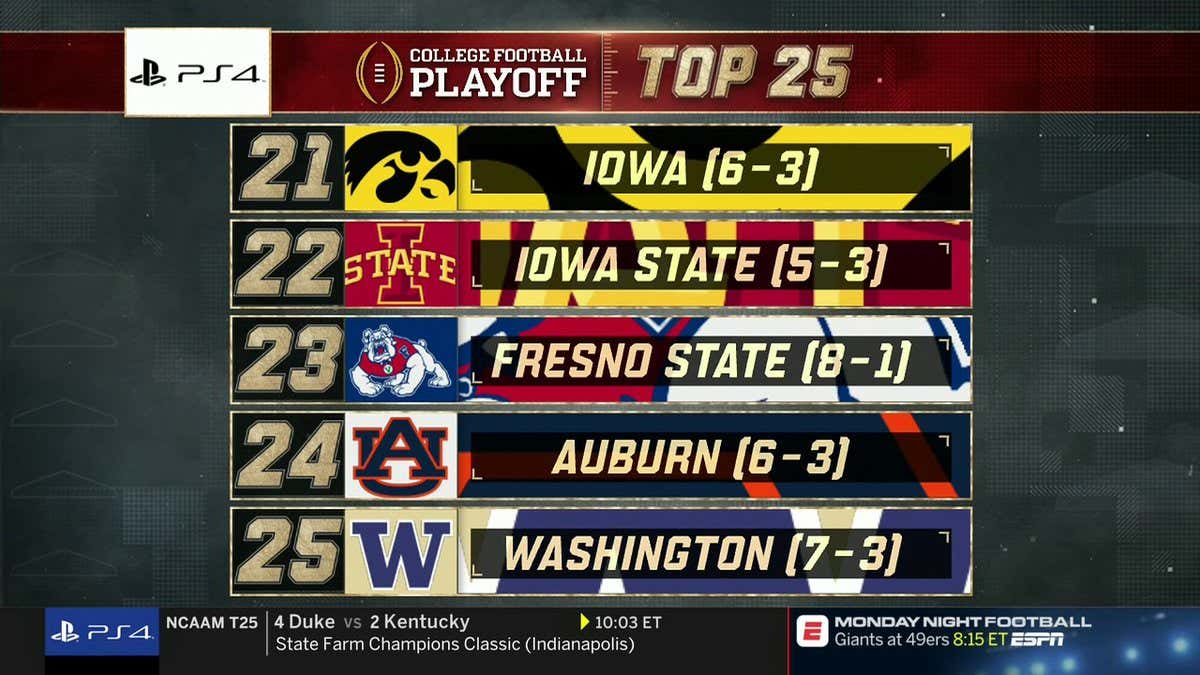 Hopefully, Utah State or Rico’s UAB team can sneak in the top-25 before the year ends. Them two with Fresno State and UCF would make an amazing G5 playoff. I know I mention that every week, but a guy can dream.