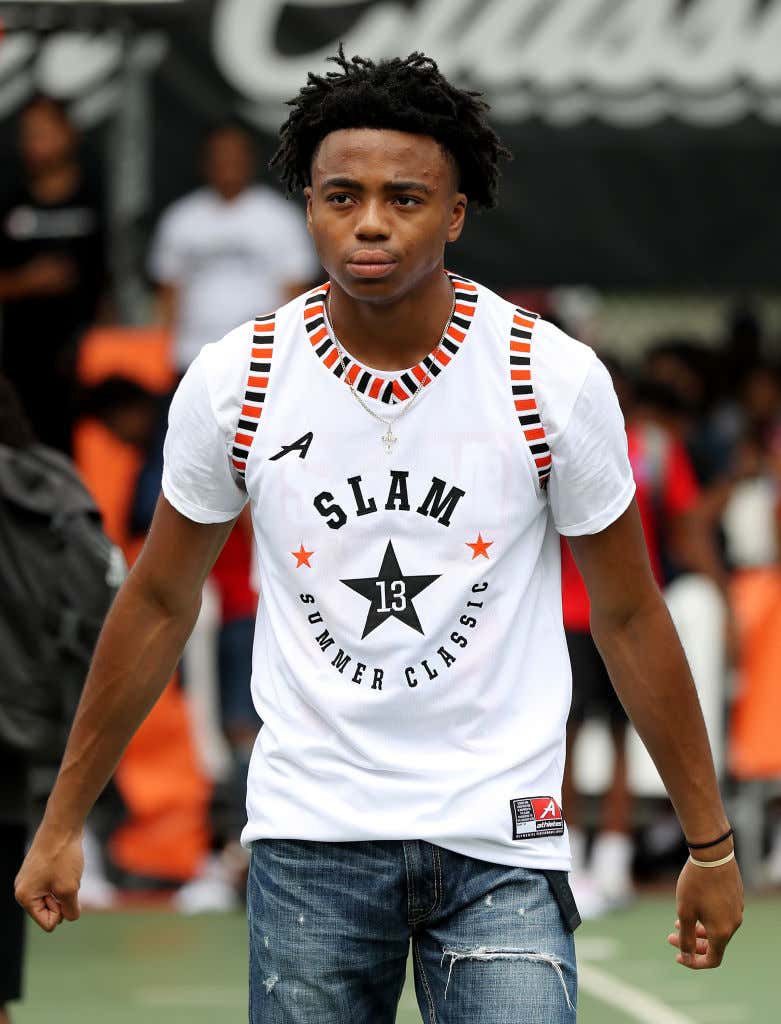 [ESPN] - Jalen Lecque, a five-star recruit in the 2019 high school class who committed to NC State last month, will consider entering his name in the upcoming NBA draft, he told ESPN this weekend.

“I could be a freshman on a college campus right now,” Lecque told ESPN. “I am eligible for the [2019] draft. I’m a fifth-year senior, but I’m also eligible for the draft because of my grades.”

Because Lecque technically did not receive a high school diploma from the Christ School, where he was enrolled in North Carolina last year, he will likely need to petition the NBA by submitting paperwork to the league office declaring himself eligible for the draft by the NBA early entry deadline on April 21. Since he is a year removed from his original high school graduating class and turns 19 in the calendar year of the draft, as mandated by the collective bargaining agreement, he appears to have a strong case for inclusion, according to league sources, and it is unlikely the NBA will fight him.

I know I’m supposed to be fighting for college hoops here because that’s my sport. But, fuck it, go get your own and use this loophole while you can. The one thing I’m all for more than college hoops being awesome is for guys going and getting paid whenever they can.

Now, this is an interesting thing. I mean this would be the second guy in 3 years to go direct from high school without the Mitchell Robinson/Darius Bazley route and not the overseas route. The other was Anfernee Simons from this past season who was drafted in the first round by the Blazers.

That’s where this is going to be interesting until the one-and-done is gone. This is just another route guys can go where they reclassify, don’t receive a high school diploma for whatever reason and end up at a prep school. On top of that you get a pretty nice setup at these schools where you are playing decent competition and working out at pretty solid facilities. It’s also not going to absolutely hurt your draft stock doing something like this either.

So it’s just something to monitor. Lecque was a big get for Kevin Keatts and NC State. We’ll see if he ends up there. Either way good for Lecque going this route.