NEWSWEEK- A man in Australia has died from rat lungworm caused by a garden slug he ate for a dare eight years earlier.

Sam Ballard was 19 in 2010 when he and some friends were drinking wine with his friends in a garden. “We were sitting over here having a bit of a red wine appreciation night, trying to act as grown up and a slug came crawling across here… The conversation came up, you know. ‘Should I eat it?’ And off Sam went. Bang. That’s how it happened.”

MY GOD. How many of us have sat around doing stupid shit just because we were bored and someone dared us? I once stood in the middle of a pool in the dead of winter for five minutes for $50 because my stepdad (of all people) dared me. I’m surprised I didn’t get pneumonia or have to get my foot amputated for trying to make a quick buck. More importantly that same man (I mean I don’t think I need to get into the technicalities here, but no, he clearly wasn’t a fan of me) once offered me $100 to eat a grasshopper.   And because $100 is a lot when you’re 12, of course I ate it. Aside from it being a little bit crunchy with a hint of goop, from what I can remember, it was ok. And 20 years later, I’m still alive and normal (ish). 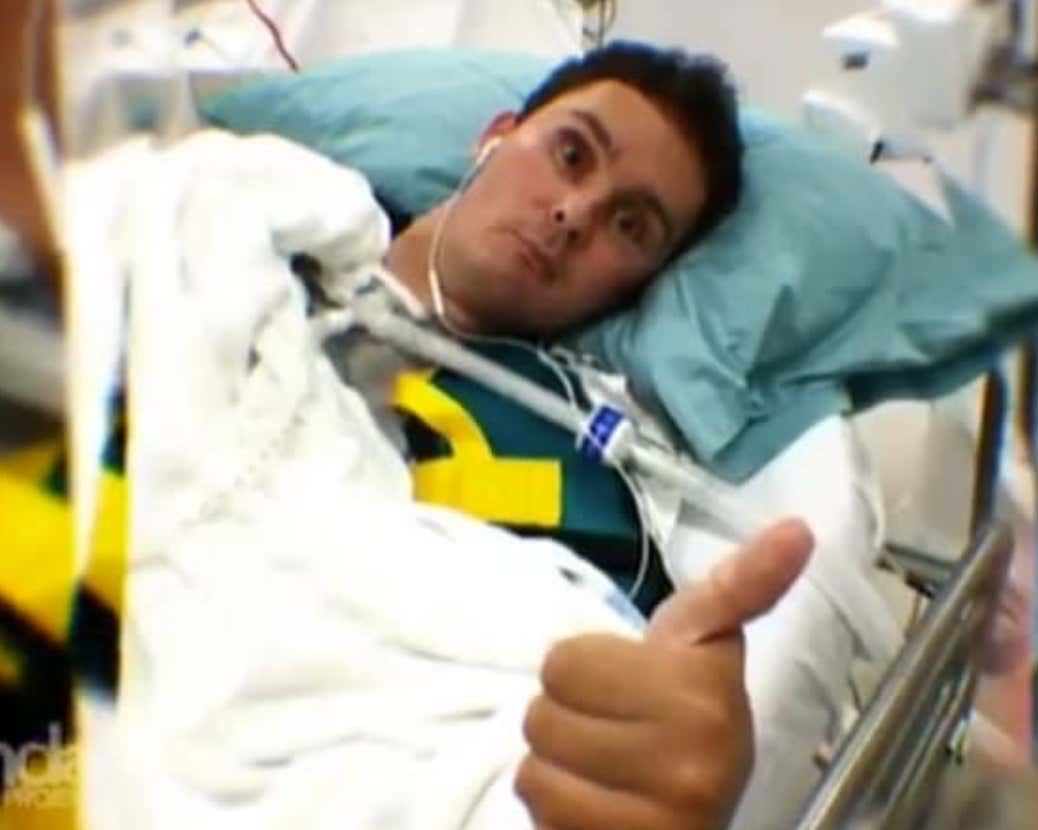 Unfortunately the same can’t be said about Sam Ballard. This guy was dared to eat a slug, ate it, and what follows is simply horrifying.

Over the following days, Ballard’s legs began to hurt and he worried the slug could be the cause. After visiting the doctor, he was told he had rat lungworm, or Angiostrongyliasis. This is a disease that affects the brain and spinal cord. It is caused by a roundworm parasite that, in adult form, is normally only found in rodents. However, an infected rodent can pass on the larvae through their feces, with slugs and snails sometimes becoming infected if they eat the larvae.

This is one of the most tragic stories I’ve heard in a while. Ballard was just goofing off and playing along with his buddies, this shouldn’t have happened. And if you think about it, it could have happened to anyone of us.