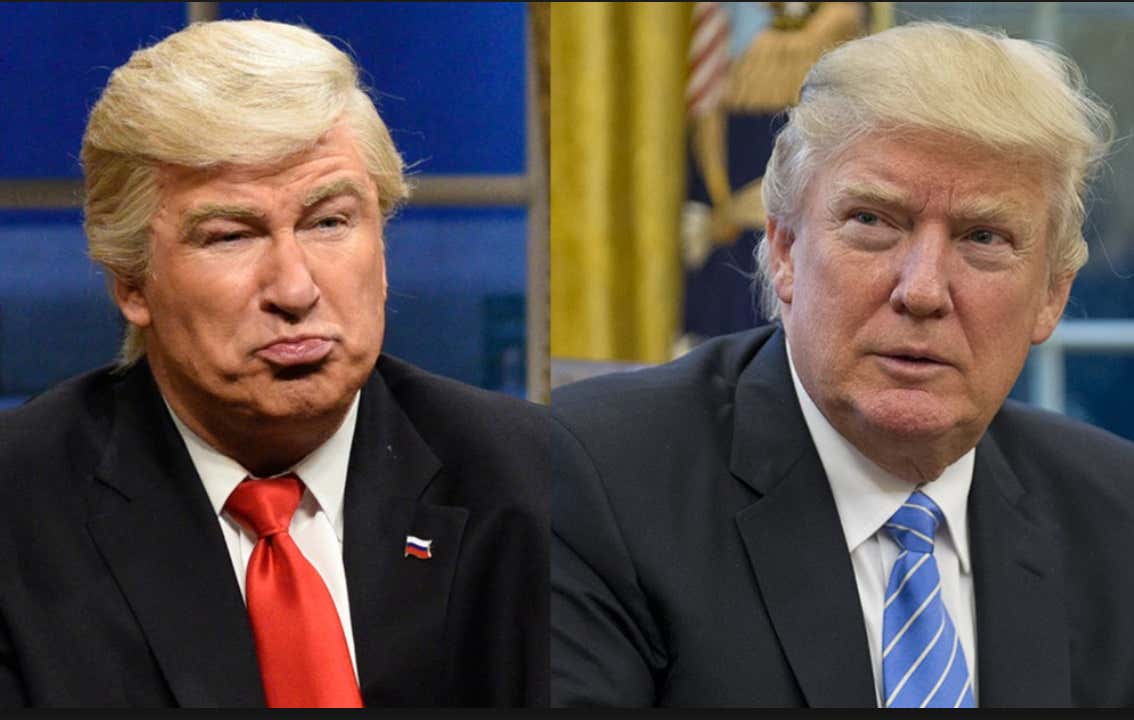 NYC – President Donald Trump offered some rare friendly words to his SNL impersonator Alec Baldwin after the actor was arrested on Friday over allegedly punching a man over a parking dispute in New York City. “I wish him luck,” Trump told reporters on the South Lawn of the White House before moving on to other questions, according to a pool report. Trump and Baldwin have traded barbs ever since the former 30 Rock star began impersonating the president on Saturday Night Live in 2016. The actor, who won an Emmy for the portrayal, has also been an outspoken critic of Trump throughout his presidency. Baldwin has called Trump “the candidate made of hate,” while Trump has knocked Baldwin’s impression of him as “sad” and “mean-spirited.” Baldwin, 60, was arrested at around 1:30 p.m. Friday after he allegedly punched a man on East 10th Street between University Place and Broadway, a New York City Police Department spokesperson tells PEOPLE. Baldwin remains in police custody at the 6th Precinct, the spokesperson says.

Alec NOOOOOO! How many times can you beat the living piss out of normal people in one life time?!?!?! You can’t just punch people cause they are pissing you off or make a mistake! This isn’t The Depahted! Donny’s “I wish him luck” is perfect! You ever hear the phrase “The best revenge is living well”?!?! Trump could’ve rubbed it in and kick an arch enemy while he’s down (and he still will do so at some point, guaranteed). He easily wishes Baldwin’s prison sentence is YUUUUUUGGGGEEE! But still, it’s such a class by POTUS to wish him luck! MAGA! Thanks, Obama!

Will Alec be out of jail in time for his next SNL impression of The Donald?!?!? Only time will tell! Roll the tape!