You are either a big Halloween person – someone who spends hours developing a costume, sewing it together, cutting the bottom of a metal trash out resulting in you accidentally slashing your hand open – or you’re not. If you fall into the “not” column, the idea of sitting in a makeup chair for 10 hours to look like a ogre probably sounds a little ridiculous to you. You might even call it a tortuous waste of time.

Not Heidi Klum though. 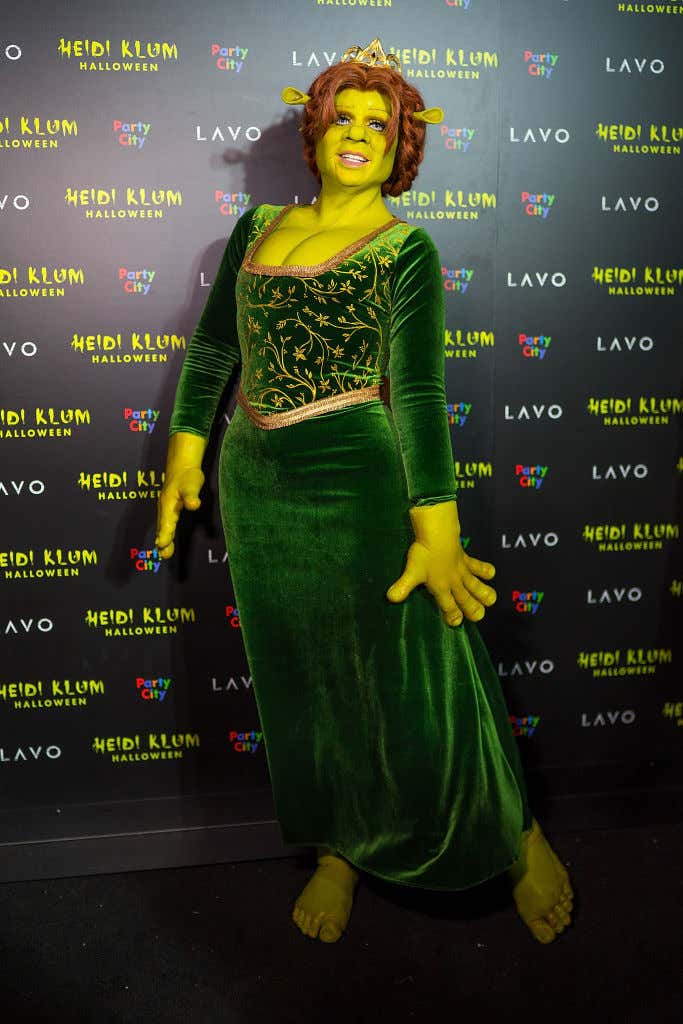 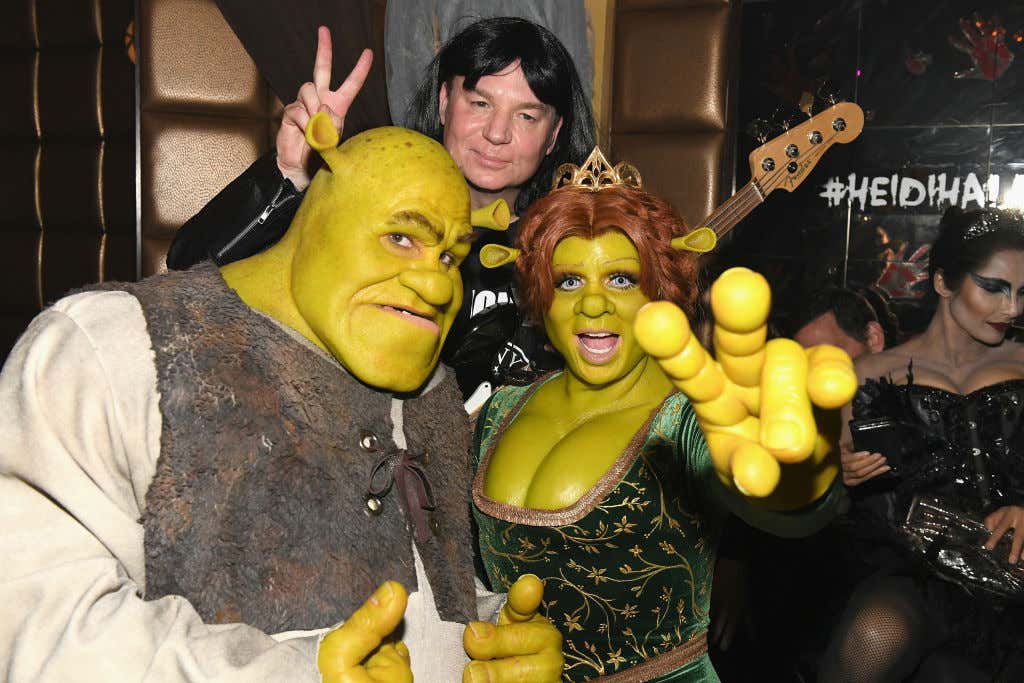 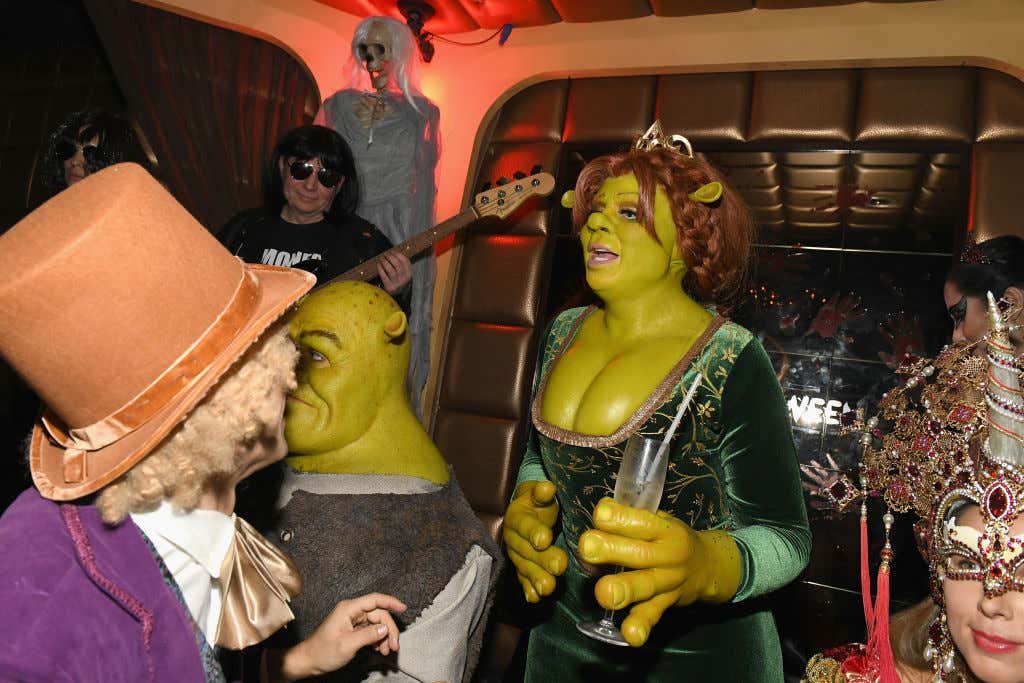 Every year she throws a Halloween party, and every year her costumes somehow get better and better. Last year she was Michael Jackson in Thriller. And she didn’t just have the best costume I’ve ever seen with these two eyes…

The year before, in what will go down in history as the cockiest Halloween costume of ALL TIME, she was herself times 6.

This year Heidi and her Shrek boyfriend arrived to the party in a carriage. A mother f-ing carriage! 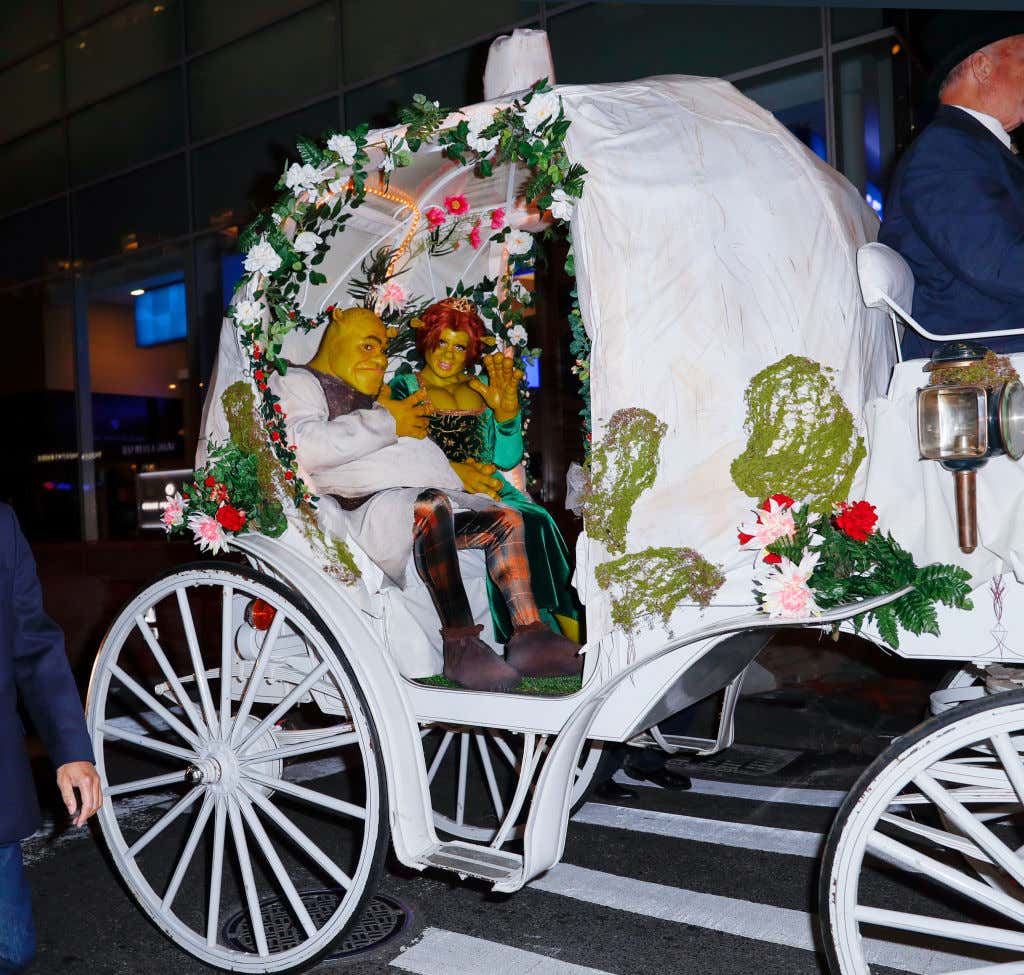 I bet when Klum got home she had the best sex of her life. For the first time in her life she was ugly and fat, so she threw all her inhibitions out the window and smeared her giant, prosthetic green breast all over his hideous, once-unlovable face. 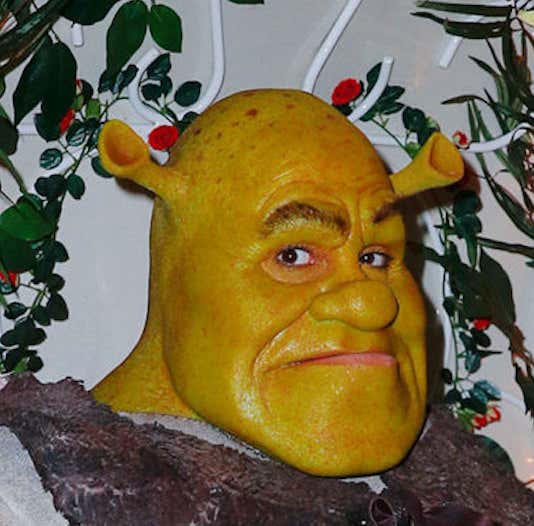